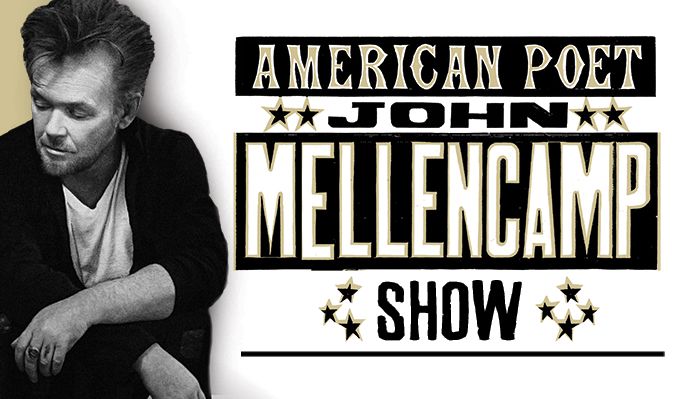 John Mellencamp‘s career in music has spanned more than 35 years during which time he transitioned from pre-fab pop idol to one of the most highly regarded mature songwriters of a generation. Mellencamp fell in love with music at an early age and was fronting a soul band in his native Indiana by the time he was 14. He would go on to release 26 albums with domestic sales exceeding 40 million units.

He has been nominated for 13 Grammys, was recipient of Billboard’s Century Award, ASCAP Foundation’s Champion Award, The Woody Guthrie Award, Q’s Classic Songwriter Award and was inducted into the Rock and Roll Hall of Fame. Mellencamp has amassed 22 Top 40 hits and holds the record for the most tracks by a solo artist to hit #1 on the Hot Mainstream Rock Tracks Chart. The social activism that is reflected in his songs was one of the key catalysts that launched Farm Aid, the concert series and organization that has addressed the struggle of American family farmers for more than 25 years.

A career landmark occurred on March 10, 2008, when John was inducted into the Rock And Roll Hall Of Fame by Billy Joel at the annual induction ceremony in New York City. He hardly rested on his laurels with the release of Life, Death, Live and Freedom (an acclaimed live disc containing most of the songs from Life, Death, Love, and Freedom), and John’s participation in a 2009 summer-long tour with Bob Dylan and Willie Nelson.

Tickets to his forthcoming performance at the First Interstate Center for the Arts in Spokane, WA on April 20th can be purchased here.