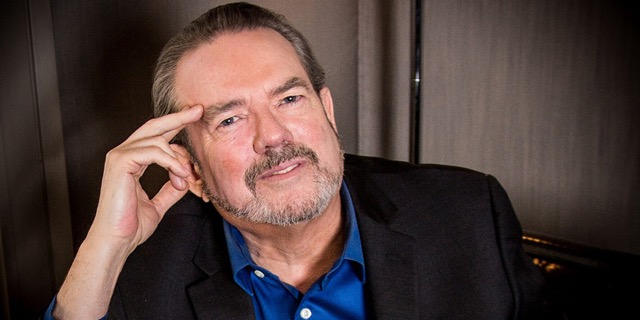 Touring in support if a brand new release SlipCover (May 17, 2019) Jimmy Webb pays tribute to ten of his friends and fellow members of the pop pantheon including Joni Mitchell, Randy Newman, Stevie Wonder, Paul McCartney and others. This is Webb’s first instrumental album and his first new album in five years.

“…A Night with Jimmy at the keys is not unlike getting to hear George Gershwin or Cole Porter live. It’s hard to believe one guy could have written all these amazing songs…if you get a chance to see hi live, grab it. People ask why nobody writes songs like they used to. Fortunately for us all, Jimmy Webb still does. ~ P. Zolo

Few singers blend grit and grandeur like Jimmy Webb…[his] voice is like an old Mustang heading through a treacherous yet often gorgeous landscape. – Rolling Stone

At an age when other singers are losing their voices, Mr. Webb finds his mercurial, unguarded, singing…attaining the gritty authority of a softhearted country outlaw’s…Mr. Webb is still at the top of his game. – Stephen Holden, The New York Times

Jimmy Webb is an American songwriter, composer and singer known worldwide as a master of his trade. Not many artists can say they premiered a classical nocturne and had a rap hit with Kanye West (“Do What You Gotta Do” on “Famous”) in the same year, but Jimmy’s career is full of surprises. Since his first platinum hit “The Worst That Could Happen,” Webb has had numerous hits including “Up, Up and Away,” “By the Time I Get to Phoenix,” “Wichita Lineman,” “Galveston,” “All I Know” and “MacArthur Park,” and has also become a leader and mentor in the industry as a champion for songwriters.

Webb is the only artist ever to have received Grammy Awards for music, lyrics and orchestration. His numerous accolades include the prestigious Ivor Novella International Award (2012) and the Academy of Country Music’s Poet Award (2016). In 2016 Rolling Stone Magazine listed Webb as one of the top 50 songwriters of all time. Jimmy Webb was the youngest person ever inducted into the Songwriters Hall of Fame and served as its Chairman. He has also served proudly as the Vice Chair of ASCAP. Time and again Webb has paved the way for songwriters in an everchanging media landscape, spearheading the ongoing effort to preserve the rights of songwriters and their intellectual property in a world of free downloads.

Webb is also an author – his memoir The Cake and the Rain (April 2017) brings to life a 15-year span in Webb’s unique career, written with the same sense of poetry and story as his many hits. Webb’s first book, Tunesmith: Inside the Art of Songwriting, in addition to being a good read, is considered a “bible” among musicians.

Jimmy Webb’s songs have been recorded by some of the greatest voices of all time including Frank Sinatra, Barbra Streisand, Elvis Presley, Isaac Hayes, Art Garfunkel, Linda Ronstadt, Michael Feinstein and Judy Collins as well as bands like R.E.M. Per BMI, his song “By the Time I Get to Phoenix” was the third most performed song in the 50 years between 1940 and 1990. Webb continues to write and record, and has released ten solo albums since the 1970s, while also writing for other artists. His latest two CDs, Just Across the River and Still Within the Sound of My Voice, feature duets with friends including Billy Joel, Jackson Browne, Vince Gill, Willie Nelson, JD Souther, Glen Campbell, Lucinda Williams, Mark Knopfler, Brian Wilson, Lyle Lovett and Keith Urban, among others.

Webb currently tours the world (50 concerts in 2016) with a variety of concerts, “An Evening with Jimmy Webb” – a humorous master class of songs and stories; “Jimmy Webb: The Glen Campbell Years” – a multimedia celebration of his friend and collaborator; and a Pops concert. In October 2016 Webb premiered his “Nocturne for Piano and Orchestra (Nocturne for “Lefty”)”.

Webb is happily married to Laura Savini, a producer and host for PBS. He has five sons, the perfect daughter and is a new grandfather to precious Josephine.