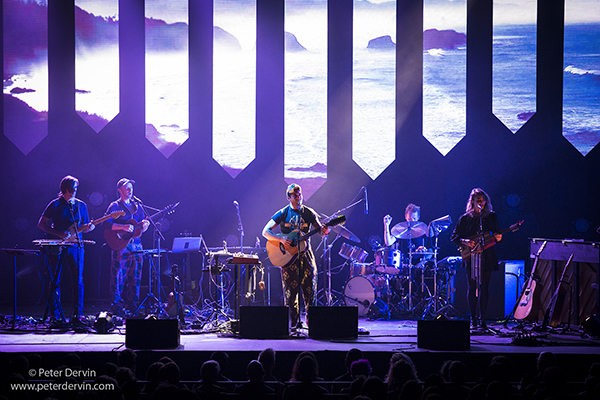 Coming off their national headlining “Hotting Up Tour,” which wrapped November 14 to a packed house at the Hollywood Palladium in Los Angeles, reggae-influenced alternative rock band Iration will hit the road in 2016 with fellow Hawaiian rockers Pepper for a co-headlining West Coast tour beginning February 12 in Fresno. Iration is continuing to support their latest album, Hotting Up.

The “Hawaiian Punch Winter Tour 2016”–featuring support from New Kingston–will stop in Reno, Seattle, Portland, Eugene, Spokane, Boise, Billings, Bozeman, Laramie, Aspen and Denver throughoutFebruary and March before wrapping in Salt Lake City March 5 at the Winter Rock Reggae Festival. Additionally, Iration has announced select headlining shows for early 2016 including January 31 atBrooklyn Bowl Las Vegas and back-to-back shows at The Catalyst in Santa Cruz, CA February 10 and 11 as well as February 14 in Ventura, CA and February 16 in Chico, CA. See below for the full list of upcoming tour dates. Tickets for the co-headlining dates with Pepper will go on sale this Friday, December 11 at 10am local time; all other 2016 shows are currently on sale. Go to www.Irationmusic.com for details.

Iration will officially kick off the New Year with a pre-game show at the San Francisco 49ers football game on January 3 at Levi’s Stadium.

Hotting Up (released digitally August 28 and physically October 9 via Three Prong Records/Caroline) marks the band’s fourth full-length album and follow-up to 2013’s Automatic which helped propel their career to a new level. For the new music, Iration put together a team of acclaimed collaborators including Grammy Award-nominated producer and co-writer David Manzoor (Lupe Fiasco, R. Kelly, Lloyd), Grammy Award-nominated mixer Mark Needham (Imagine Dragons, The Killers, Fleetwood Mac) and engineer Will Brierre (Imagine Dragons, Youngblood Hawk, Chris Isaak). The nine-track album features the singles”Reelin” (lyric video here) and “Hotting Up” (lyric video here). Several tracks are being played at radio, among them “Reelin,” “Stay Awake” and “867” which is currently climbing on both the Mediabase and Nielsen BDS Alternative airplay charts, with new adds coming in now.

Tour dates are below.