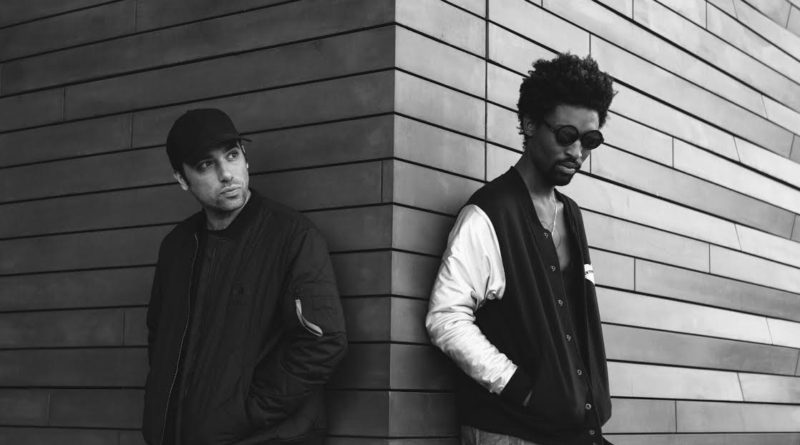 After much success as producers, Ben Ruttner and James Patterson, released their own debut album 55 in 2016. It was a breakout year, which saw them selling out their own headlining shows, as well as joining Justin Bieber as openers for his European dates. They are starting their own headlining tour in Vancouver on February 3rd with a stop in Seattle at the Neptune on the 4th. We recently had a chance to chat with Ben about their upcoming “Feel Good Feel Great” tour.

NWMS: How did the project start with James? What brought it together?

Ben: We met via mutual friends in New York, I was attending the New School and we met in a studio there and hung out. We were both looking for roommates at the time and that’s how we became friends, by moving in together. We kept making music as producers on our own, and slowly became closer and start creating together.

NWMS: Did you start reaching out to labels after that? How did the Neon Gold collaboration come about?

Ben: We were fans of Neon Gold from the beginning when music started coming out like Ellie Goulding, and at the time we were just trying to be producers and do remixes for other people. We met Derek (Davies) and Lizzy (Plapinger), who run the label out one night in the NY music scene and that was it. We were lucky as we were one of the first producers to work with Ellie Goulding before she blew up. We did a few remixes for Goulding and Passion Pit and we slowly became close to the Neon Gold folks and when we decided to do the artist thing Derek wanted to put out the single. We never expected it to go anywhere as we thought we were going to be mainly producers, but we got a little burned out doing that and our own stuff just took control.

NMWS: I think that’s the best way for something to happen, suddenly things fall into place.

Ben: It was very organic, and this was about 7-8 years ago at a very exciting time in New York. HypeMachine and SoundCloud were taking off and that whole internet music industry was becoming popular. We didn’t have Spotify yet, imagine. We put out our first single on a 7″ and you could get the MP3 online but it was very much a different time.

NWMS: You guys use a lot of featured artists on your tracks how do you go about creating those? Do you work on a track thinking of a specific artist or just create one and then feel it out?

Ben: It kind of differs per song, there are definitely some songs that we make which we do think of a specific artist, for example, the Carly Rae Jepsen song (“Love Me Like That”). We had written that one with Martina (Sorbara) from Dragonette, she wrote the top line vocals with another person and we had produced it and right away we thought of Jepsen. With “Heat”, we had written a strong instrumental and we sent it to a few writers and we thought Sam’s (Sam Harris of X Ambassadors) was the strongest. So, it goes back and forth with the songs, same went with the Cam’ron song (New York City). We come from the Hip-Hop world and he’s a legendary New York rapper, and we had the concept of the song ready and we thought it would be so cool to have him be part of it, but never thought it would happen. We sent it to our label on a whim and they reached out and said we got him! We’ve been very lucky with working with people we really respect, as we don’t want to settle on the vocals because they are so important to us.

NWMS: How does the live performance work with these songs?

Ben: It started off as more of a live deejay set up but now JPatt does a lot of the vocals on the songs. We try to keep it just the two of us but sometimes we do have special guests come out. On this upcoming tour we’re actually returning more to our original set as deejays. When we first started we wanted to have a more live element to our shows to show we’re not just deejays but now the electronic live scene has become way more accepted. We make it a point to focus on having a good balance of live aspects you’d get in a band but also a more progressive dance set. We also have a cool light show added that goes with the music which brings it to the next level when you’re seeing it live.

NWMS: What are you looking forward to the most on this tour?

Ben: I’m excited to see how this new setup works as before we didn’t have so much pre-production going into it. We’ve taken a lot of time to tie all of the elements together. I’m really happy to just go out there and play for our fans as we’ve been in Europe for a couple of months with Justin Bieber. It was a great time but most of the fans didn’t really know who we were before we took the stage.

NWMS: I can only imagine how crazy the tour was and how starting your own headlining shows is exciting.

Ben: It was, and doing that show was very much catered to a new, younger more pop audience. This tour is more catered to our own fans and it’s going to be great to share with them.

NWMS: What are some other hobbies you’re passionate about?

Ben: For me, I really like doing photography and taking a lot of photos. For all the Knocks stuff I do the majority of the art/creative direction when it comes to that side of things. I feel that we were asked this question a couple of years ago and we both didn’t have much to say outside of music, and I thought “We really need to get some hobbies!” I realized how getting involved in photography was a great escape. We have about 10 copies of film photos I’ve taken available at each shows that we’ve put together.
I know for JPatt it is collecting vinyl, he’s really into DJing vinyl and he loves to go dig those up, and he’s into sports.

The Knocks will be at the Neptune Theatre in Seattle on February 4th with Mark Johns and Skylar Spence. You can purchase tickets HERE.

(Watch the official video of “LIE” below and get more info about The Knocks on Facebook HERE.)