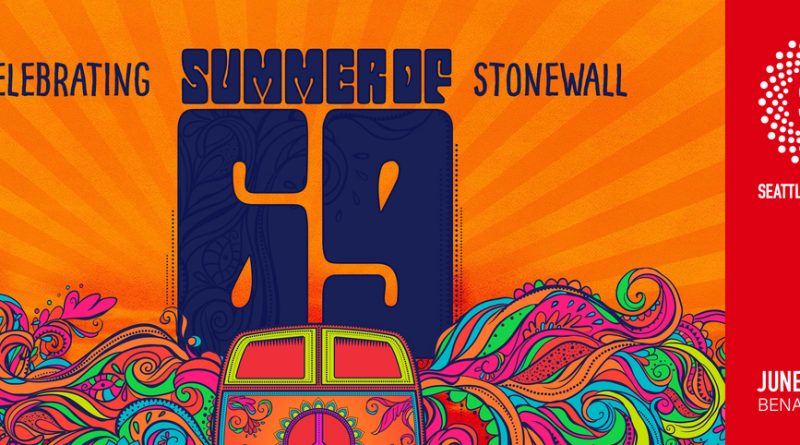 The modern American gay liberation movement–or if you prefer, the modern American LGBT+ era–began at 1:20 am on June 28th, 1969, when two uniformed NYC cops and two plainclothesmen raided the Stonewall Inn in New York City’s Greenwich Village.  The staff was not tipped off. Given that the Stonewall was owned and operated by the Genovese crime family, they might have reasonably expected a tipoff.

What we now call LGBT+ people, sick and tired by 1969 of oppression, discrimination, and being cataloged as mentally sick by psychiatrists, had rioted before–a donut shop in LA in 1959; and a San Francisco cafeteria in 1966. This time, though, nobody was backing down and nobody was taking any more shit. Glass broke, heavy objects flew threw the air, the queens marched down the street singing filthy songs, the violence and mania broke through to a second night, the press showed up, however warily, to cover what was going on, and people squeezed to the margins learned they could squeeze back into the paragraphs of history.

NWMS:  What does Stonewall mean to you personally?  How did you hear/learn of it?

Paul Caldwell:  I remember being vaguely aware of Stonewall as a child. I mean, I knew something had happened because I saw it on the news. I didn’t really understand what it meant.

As a member of the LGBTQ+ community, though, it’s the place where it all started. I mean, that bar had been raided again and again. The patrons rolled over. That night, they fought back. And a year later, they celebrated their anniversary with the first iteration of the Pride parade. We can’t overstate the importance of that one memorable night.

NWMS:  Did you discuss Stonewall with the Chorus members?  If so, did you get any interesting responses that influenced you?

Paul Caldwell:  Actually, one of our long-time singers (Bill Thieleman) was in New York that summer. He wasn’t at Stonewall that night, but he was surrounded by the energy of the era. He wrote a moving recollection and sent it to the chorus. We are re-reprinting it in our concert program.

NWMS:  How did you go about picking material for the Stonewall show?

NWMS:  Which songs are your favorites, and why?

Paul Caldwell:  Well, 1969 was apparently a great year for music. Marvin Gaye, Frank Sinatra, and Aquarius. Hard to pick a favorite. But there’s not a bad song on the show. Not one.

NWMS:  Which songs were the most difficult to arrange and present for choir, and why?

Paul Caldwell:  I think the hardest part of the project was actually presenting the Stonewall story itself. I mean, everyone’s heard of it. Everyone knows it was a bar in New York and something happened. But explaining – through music – that it was threatening and joyful, fear and triumph, has been a challenge. And, in my opinion, we hit the nail on the head.

NWMS:  1969 produced several other historical milestones. Will you reference them at all? If so, how?

Paul Caldwell:  I’ve been thinking about that at lot. Woodstock, and Apollo 11. But Stonewall was ours. And June is Pride month. So maybe we’ll reframe the words of Neil Armstrong in light of Stonewall: “One small step for man…”

NWMS:  Tell me about “Quiet No More” segment work?  Who wrote the score and what is SMC’s contribution?

Paul Caldwell:  Many composers contributed to the whole, and the commissioning choruses curated it. One of the most beautiful moments was contributed by Our Lady J. She is a writer and producer of the television shows “Transparent and Pose.” And she’s trans. She’s also a classical pianist and a brilliant composer. I think her song is one of the most beautiful moments in the show.

NWMS:  What’s in the future for the Choruses?

Paul Caldwell:  Both Seattle Men’s Chorus and Seattle Women’s Chorus have exciting shows planned for the 2019-2020 season. There will be holiday cheer and a new show illuminating the plight of LGBTQ+ people in the Middle East.

And there’s a famous guest star joining us at McCaw Hall in June. But shhhhhhh! That’s a secret for now.