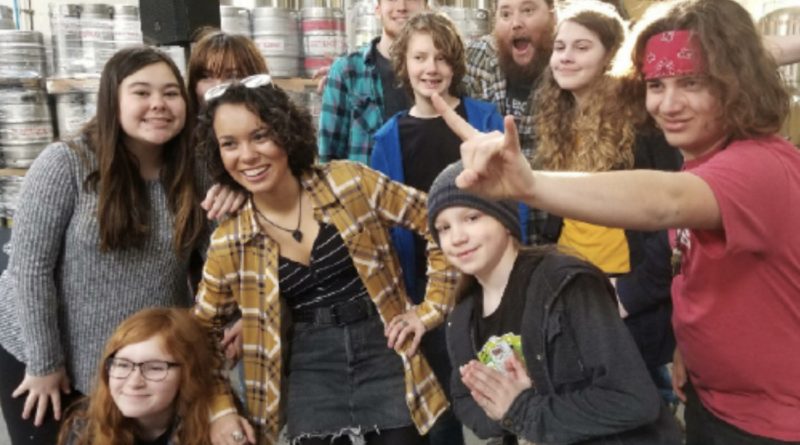 The Lynnwood chapter of the School of Rock schools, presents an evening of Rolling Stones classics, and a few other surprises (see below) on Saturday, June 29th, over the city line at Tony V’s Garage in Everett.  Rock School honcho Jon Scherrer was kind enough to take a few questions.

NWMS:  How did you found the School of Rock?  What was your inspiration to do so?

Jon Scherrer:  School of Rock is a franchise opportunity that we (my wife Gayle and I) bought and started in 2016. The “School of Rock” movie that starred Jack Black is very loosely based on the first school back in Philadelphia and now there are over 225 schools and 35,000 students around the world.

Our two kids were students at the Seattle school for several years and it changed their lives. It became their social outlet and music incubator, and since it is a performance school the students learn how to prepare, rehearse and perform as a group–that is their main goal, and along the way they learn so much more. Basically we wanted to bring the same opportunities they had in Seattle to our northend neighborhoods.

NWMS:   What is your position at the School of Rock, and what are your responsibilities?

Jon Scherrer:  My wife, Gayle, and I are the owners and so we are in charge of the day to day operations which includes scheduling lessons, rehearsals, and performances. We have about ten instructors who teach one-on-one lessons and lead the rehearsals.

NWMS:  How did the school decide on a Rolling Stones show?

Jon Scherrer:  Our upcoming show will be performed by our Adult Program group. They are 18+ (with an average age of around 35), and they all have different backgrounds with one common passion – performing on stage.

All of our performance groups (youth and adult) rehearse for about 4 months to perform a live concert. The Rolling Stones tribute concert is the latest in a long line of shows we have done, including Creedence Clearwater Revival, Best of Bowie, Led Zeppelin, Punk, and Soul R&B. Each season we pick a new theme that will fit the musicians we have, and of course one that rocks.

After this performance on June 29th, we will start our next season the second week of July for a performance in October. That season’s theme is the Best of the 80’s.

NWMS:  How many student bands will take the stage total?

Jon Scherrer:  For The Rolling Stones show we have nine performers. Shows can be anywhere from six to fifteen musicians, and we rotate throughout the night.

NWMS:  Will the instructors get involved at all?  If so, how?

Jon Scherrer:  Two of our instructors taught this adult group and will be on stage with them at various times to make sure all goes well with gear and to augment the instrumentation. After their set we have a special instructors set that is sounding awesome. They won’t be playing any Stones for that, but a collection of Classic Rock tunes. That set will include seven of our instructors, who are also some of the areas most talented gigging musicians. The instructor’s personal bands and projects include a variety of genres from country, soul/funk, and of course rock.

NWMS: The Stones’ secret weapons include the open G tuning, and having the guitarists jump out slightly ahead of the drummer.  How do you go about teaching such things?

Jon Scherrer:  When the Stones first started they were very formulaic, you could kind of “number” your way through it (listen to “Mother’s Little Helper” to get a sense of the basic structure). As they evolved musically, they started to get where you had to feel your way through it.

Songs like “Miss You” and “Monkey Man” are really loose, and the best way to learn them is to play them again and again with a band. As you start to gel and mix with your band mates, you can get closer to the jam feel. All of this really underscores the benefit of learning how to connect the lesson room with the rehearsal room – which is exactly what we do at School of Rock.

NWMS: Which tunes were the hardest ones for the students to work up, and how did they work through these challenges?

NWMS:  What’s in the future for School of Rock?

Jon Scherrer:  We have many performances and opportunities coming up this summer. First off, we have an Open House for prospective adult students this Friday, June 28th from 6:30 to 8:30. People who show up to that can get free lessons and we will be giving away tickets to the Saturday Rolling Stones concert. Also, this summer our House Band (youth performance group) is scheduled to play community events such as the Greenwood Car show, Taste of Edmonds, Summer Jam Fest in Stanwood, and several park performances.

On July 14th we are hosting four schools from California and Canada to play at Gas Works Park along with four of our local School of Rock’s as part of the 39th annual Seattle Peace Concerts. The Seattle Peace Concerts (seapeace.org) are free to attend and feature many local artists and bands that donate their time and talent to bring live music into the parks and community.

Get more info about School of Rock Lynnwood HERE.