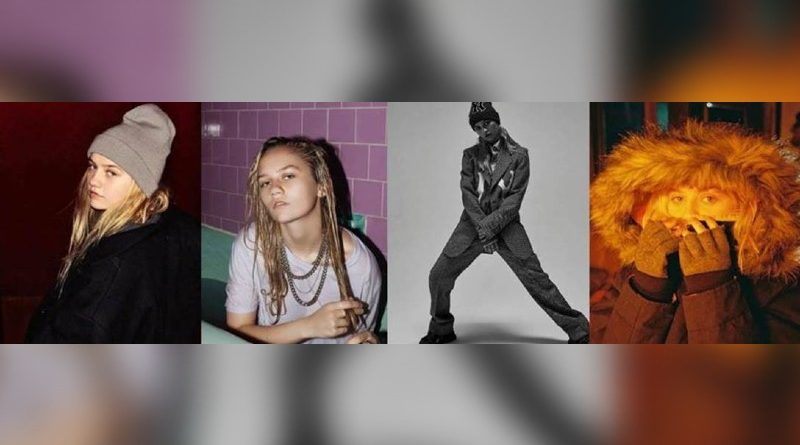 We had a chance to catch up with emerging artist Carlie Hanson while on the road with Bad Suns. Her latest single “Back in My Arms,” is out and her fans cannot wait for a full length to be released. We chatted about touring, new music, early life, Justin Bieber, and the industry. They come through on May 7th at the Neptune and this is going to be something you don’t want to miss.

NWMS: Tell me a little about the tour. How long is this lasting?

Carlie: We started April 3rd and we’re going until May 11th, so a good amount.

NWMS: How has it been going?

Carlie: I just got off another tour before jumping on this one with Yungblud and that one was all over Europe. I kind of miss the European crowds a little bit because that was such a trip being around that whole atmosphere. This tour has been amazing, I’m a fan of Bad Suns and I’ve listened to their music since I was a freshman in high school. When I was asked to join them I said, “Did you know I like them?” It’s been really fun, my band and I are best friends so every day is a blast we get to play music and then hang out. I really love touring.

NWMS: How are European crowds in comparison to the States?

Carlie: I was shocked at how much more involved people in the crowd got. Being the opener is always a little nerve-racking because you never know what you’re going to get. In Europe they were always involved always participating and welcoming me. I remember when I played Newcastle during the first song there was already a mosh pit going. It’s definitely a change going from Europe back to the States. It’s still pretty fun here though too.

NWMS: How did this all start off for you?

Carlie: My mom and sister have a story about when I was three the first song I sang was “I’m a Survivor,” by Destiny’s Child and they always have stories of me always singing. When I discovered Justin Bieber on YouTube is when I realized that was what I wanted to do. I basically wanted to replicate everything he was doing but as I got older I grew more into myself. He was the main reason why I fell in love with music.

NWMS: What happened after Bieber?

Carlie: How things really took off for me was when was on Instagram in 2016 and saw that iHeart Radio was hosting a contest. If you posted a cover of Zayn Malik’s “Pillowtalk,” you could win tickets to see him and me being a huge One Direction fan, I wanted those tickets. I posted the cover and a couple of days later iHeart Radio reposted it and that created so much buzz. These producers noticed the cover as well and I connected with them leading to making my first few songs together. It’s insane how it happened, and I didn’t even win that contest after all.

NWMS: It’s incredible to think how social media can play such a decisive in someone’s life.

Carlie: I sometimes think what would have happened if I never saw that post and never posted that cover up.

NWMS: What was the plan if that didn’t happen?

Carlie: I was 16 when this happened but I knew from then that this was my passion and I had no interest in pursuing something else. After I met my producers everything fell into place and I was connected to my whole team. I wanted to keep making music and put everything into it and after that video contest it all started to happen.

NWMS: How has your experience been in the industry?

Carlie: I feel that it really helped that I really knew what I wanted from the start. I had a clear vision of what I wanted my message to be and I stuck to it. I’m surrounded by really, really good people and I feel extremely lucky.

NWMS: Did you play any instruments growing up?

Carlie: I always asked for a guitar during Christmas but I never really enjoyed reading music. I liked hearing a song and learn it by ear. I did piano lessons for a while but I didn’t like sitting and following the structured parts of it. I have some knowledge and I’m actually learning more guitar now. I’m playing bass as well on this tour for a couple of the songs. I also played clarinet in middle school but I gave up on that.

NWMS: Tell me about your future plans after this tour, any new releases?

Carlie: I released my new single on April 26th and then I have one more song probably after this one before I release my first EP this summer.

NWMS: What has been the most exciting thing about working on these songs?

Carlie: Probably that I have found my main group of people and that I can freely express myself. That was the challenging part about this, in the beginning being open in a group of complete strangers and telling them about my life. The best songs come from being completely honest and telling the writers or producers in the room what’s really going on in your life. That was very hard for me in the beginning as I don’t open up right away but once I found my people I really started making the music I’ve been wanting to make for a really long time. I’m proud of what this EP is going to represent.

NWMS: What is your favorite thing about touring?

Carlie: I love traveling, being in the van all day, writing, relaxing, hanging out after the shows, and obviously the performance. I feel so much more comfortable now that I have played more and the nerves have gotten much better.

Carlie: It’s all very new to me so it’s very fun, honestly I don’t know. Trying to eat healthy, not drinking or smoking, trying to stay in good shape.

NWMS: What are your hobbies outside of music?

Carlie: When I’m not doing music I like to paint and I have a spot in my apartment for when I’m bored. I like video games so I’m always playing Xbox as well and most recently I’ve started to play tennis.

For tickets and more information about the May 7th show at Neptune Theatre, click HERE.