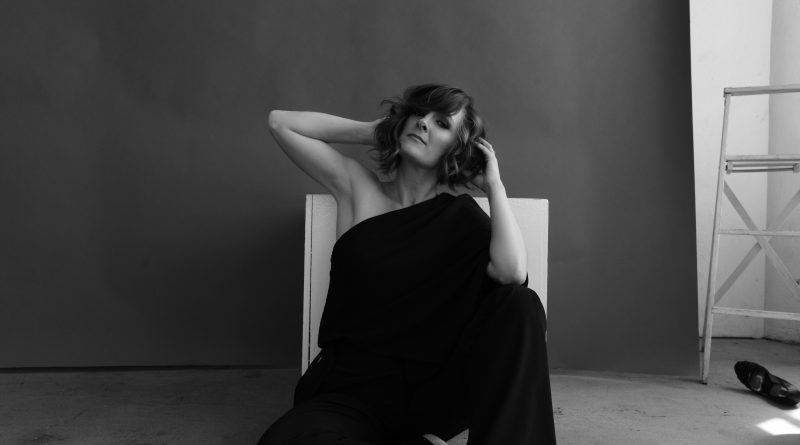 One of the most surprising, innovative, and versatile singers from Seattle, Sara Gazarek, returns to her hometown for a four-night stretch at Jazz Alley, January 31st to February 3rd. She’ll bring a new band, complete with some horns, and new songs from her forthcoming album.

NWMS: You’re a Seattle native. What are your most cherished memories of growing up in Seattle, musical and non-musical?

Gazarek: Seattle is a beautiful place in such myriad of ways — I recall spending a lot of time outside; hiking Mt. Rainier and camping in the Olympics, playing at Alki Beach, and bike riding the Burke-Gilman Trail. As a teenager, it’s difficult to see the majesty of the Northwest, but every time I come back, it takes my breath away. I’m grateful to have had that as my home base for so many years.

I think Seattle has a really special art scene too, especially for young people. I have distinct memories of attending the Folklife Festival, taking classes through the Seattle Children’s Theater, and even attending the Reno Jazz Festival in 7th grade as student at Eckstein Middle School. It makes sense that I grew up to be an outdoorsy granola girl who loves listening to Balkan music.

NWMS: Which performers, songs, albums, etc., made you want to sing?

Gazarek: I always loved music, and as a child used to sing along with a lot of movie and musical soundtracks — Annie, Sound of Music, The Little Mermaid. It wasn’t until high school, when I heard the Ella Fitzgerald + Count Basie album On The Sunny Side of the Street that I thought “holy cow, this is exciting, this is joyful, this is beautiful, this is what I want to do!”

I listened to that album non-stop for a year, locked in my room, singing along with every lick and inflection that Ella sang, every call and response line from the horns… For some reason, never thinking there might be more albums by these musicians. It’s a curious thing, but I’m grateful to have been immersed in that album. There’s so much to take from it — and I took it all.

Gazarek: Scott Brown, who directs the award-winning jazz band at Roosevelt, used to also direct the jazz choir. I remember auditioning for the vocal jazz ensemble and thinking that it could be another fun, artistic thing to do on the side (while pursuing what I’d really come to RHS to study: theater and improv comedy).

The Universe had a different plan. Scott is wildly passionate, and a world renowned educator. I imagine it would actually be challenging not to absorb his love for this music. In my time at Roosevelt, he demanded a lot of focus, respect for the music, musicianship, listening, participating, taking risks…

We participated in a lot of festivals and educational opportunities. I saw Ray Brown play, we worked with the Lincoln Center Jazz Orchestra. It was jarring in a way, but it was thrilling. When Scott smiled at you, you knew you’d done right. He gave a part of his life to the kids who came up in that program. And I imagine that’s why so many of us are career musicians now.

NWMS: You mentioned after a divorce (and a gnarly rebound relationship) and a split with your longtime musical collaborator, you went on a big search for some answers. You traveled, took improv theater classes, journaled, wrote songs, wrote arrangements, played with new people. Can you walk us through the particulars on the above?

Gazarek: I recall going onstage at Birdland in NYC, in front of a sea of highly respected jazz singers, fans, a writer from the New York Times, etc, singing songs about love and happiness — all the while, my mother was in a near-fatal car accident, my marriage was starting to fall apart, and so much in my life seemed unsure. It felt false to be up on stage, committed to this persona of “the happy girl in the dress” who had been told to “make sure that people feel happy at your shows, at all costs.”

My very good friend and mentor, Kurt Elling, pulled me aside and said something to the effect of “you are so much bigger, so much more whole, so much more multi-dimensional than the music you’re presenting on stage — your audience wants you. The good, the bad and the ugly. They don’t want happy, they just want honest.”

So I took 3 years to look into what that might mean. And it took three years to travel, be alone, journal, make a few massive mistakes, take improv classes, learn to fall on my ass, started making music with new collaborators, took responsibility for what I heard and wanted — all that time and all those experiences, just to come out on the other side of it all. And that’s what this music is about. In the end recognizing that we can’t have true light without the dark. And that, like the lyric in “Distant Storm” says, a forest never grows higher than the depths it knows.

NWMS: The new album is called Thirsty Ghost. What are some of its highlights?

It’s hard to choose highlights from an album with this kind of personal connection — it’s like picking favorite children. I love what Geoff Keezer did on Jolene. It speaks to the fire I felt when I first experienced my “Jolene”. I also love the vulnerable and unabashed sensuality of the Bjork tune “Cocoon.”

I think the original song I wrote with Larry Goldings, “Gaslight District,” came out more hauntingly beautiful than I’d ever imagined it. But honestly, the track where the title comes from, “Distant Storm” (previously Brad Mehldau’s “When It Rains”) is a favorite. The lyric speaks to the final close of the chapter, the beautiful journey of the barren desert finally breaking into a thunderous storm, and the life that can finally be born. It also features my favorite living jazz singer, Kurt Elling, a beautiful horn arrangement by Alan Ferber, and Brad Mehldau approved the lyric I wrote. I’m still in awe. I love that one. Thirsty Ghost should be out towards the end of the summer.

NWMS: How, specifically, does your newly-written material differ from what came before?

Gazarek: It tells a story. A complicated story, but there’s a beginning, middle, and a beautiful and wholehearted close. Each song on the new album comes from and speaks to a very particular experience. And in recognizing that my audience isn’t there to see me — they’re there to see their own experiences reflected in my honest telling of these stories.

It’s a weight off of my shoulders in feeling like I need to impress, like I need to make people feel something. I don’t. I just need to share these honest stories, these arrangements and song selections that are designed in a way to be open and free, and experience a magnitude of different experiences. The music also came together over a long period of time. It took a year of listening, travel to/from Chicago to write and arrange with Stu Mindeman, meetings with Geoff Keezer and Josh Johnson, a number of shows with just rhythm section, a live recording with horns, and then finally, the studio version which features a number of special guests, background vocals, percussion, etc. It’s an amalgamation of a lot of different musical collaborations, but in the end, my own voice is the only one driving the ship. That’s a first. It’s terrifying and exhilarating.

NWMS: What are your earliest memories of Jazz Alley, as an audience member? When did you first set foot on their stage, and what were your thoughts on that show?

I went to see Jon Hendricks when I was in 10th grade. I, of course, had no idea who he was at the time, but I found his set to be electric and delightful. Afterwards, I shook his hand and asked what advice he’d give a young person. He replied by saying, “Please just keep singing. I love jazz music, and if you do too, I hope you’ll keep it alive.” He was a warm and very loving person. I met him a few times after that — he was always that way, on and off stage. Electric and warm.

My first show at Jazz Alley was in 2004. I had just graduated from USC, and was totally terrified. I think someone wrote about that show on a blog and said “she seemed terrified”. Ha! Well, maybe there has been honesty in my music all along.

NWMS: What are your plans for the future?

I’m looking forward to releasing this record. We’ve got some dates coming up in Japan, I have a duo show with Fred Hersch, one of my favorite living jazz pianists, and hopefully bringing this music to our fans in Europe, and almost certainly touring the US with it. I can’t wait for the world to hear it.

Sara Gazarek will be playing Jazz Alley in Seattle on January 31 – February 3. Tickets and additional show information can be found HERE.