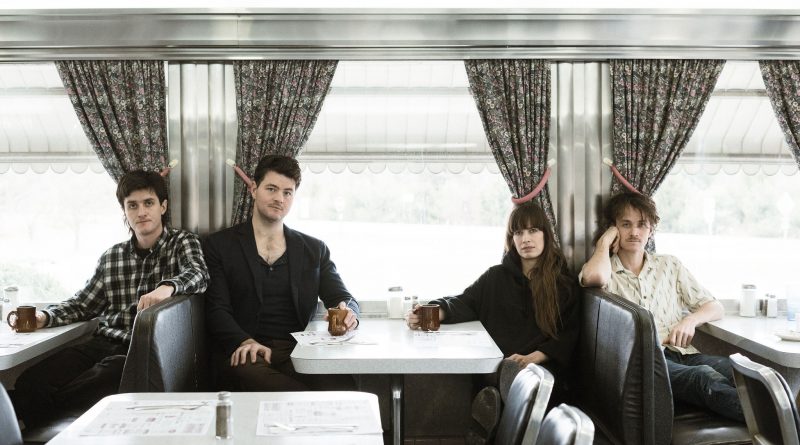 Always far-ranging and unafraid, the Felice Brothers (actual factual brothers James and Ian Felice, plus Jesske Hume and Will Lawrence) bring their country/pop/rock convolutions to the Tractor Tavern on Saturday, June 22nd, touring behind their new collection of reconciliation, acceptance, and tough choices, from the new album Undress.  James Felice was kind enough, in tight circumstances, to take some questions

NWMS:  Have you ever played Seattle before?  If so, what are your best,worst, and oddest memories of the city–which tours, venues, other acts on the bill, etc.?

James Felice:  We’ve played Seattle many many times! I think we have literally played the Tractor Tavern more than any other venue in the country. If we have time we always like to rush to the fish Market and eat as much seafood as humanly possible before the show.

NWMS:  I’m hearing a lot of hopeful inclusion and humor in the lyrics on the new one. What would you say are the major themes, lyrically?

James Felice:  There’s nothing like a song that can make you laugh and cry from verse to verse. That may be the best kind of some writing. Some of our favorite writers seem to be able to pull that off easily, guys like John Prine and Randy Newman.

We don’t really talk about themes, that’s not really the language we use when we are writing songs. For me, the ideas come from a mysterious place.

NWMS:  Where did you record the new album, and what were the biggest challenges of recording it? How did you work through the challenges?

James Felice:  This record was easy to make on the music side.  The biggest challenges are the most boring ones, usually having to do with money and schedule. It can be expensive to record a record in a studio. Scrounging that money together, making a budget, making sure we have the time between shows and other obligations, that can be difficult. Recording the songs is the fun part.

James Felice:  I personally would like to sleep for a week or two. Once fully rested, we shall return to the road and try to share our weird music with as many people as we possibly can.