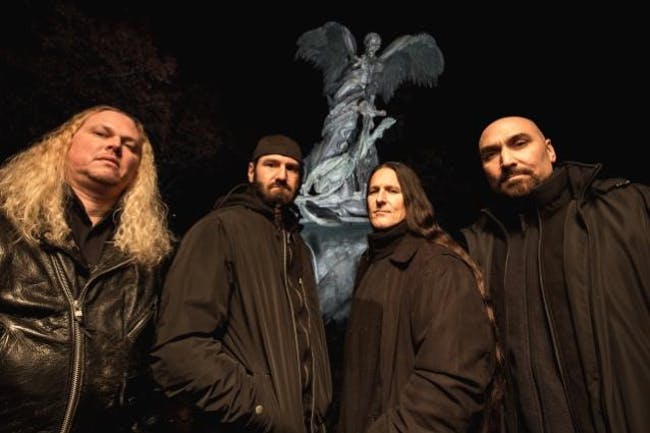 Immolation to perform at El Corazon on October 14th

Immolation was formed in 1986 as Rigor Mortis by Andrew Sakowics (vocals, bass), Thomas Wilkinson (guitar), Robert Vigna (guitar) and Dave Wilkinson (drums). In 1987 they recorded the demos “Decomposed” and “Warriors of Doom”. In 1988 Andrew Sakowics and Dave Wilkinson were replaced by Ross Dolan (vocals, bass) and Neal Boback (drums). They recorded another two demos, both entitled “Immolation”. Later that year they changed name to Immolation and the compilation album, “Stepping on Angels? …Before Dawn”, containing the demo albums, was released.

In 1991 Neal Boback was replaced by Craig Smilowski and then the band recorded and released the album “Dawn of Possession” through Roadrunner Records. Five years passed and “Here in After” was released. During those years they also split from Roadrunner Records and were signed to Metal Blade instead. Alex Hernandez also replaced Craig Smilowski on drums. The band then embarked on several tours and in 1999 “Failures for Gods” was released. It was followed by “Close to a World Below” in 2000.

Bill Taylor (guitar), formerly of Angel Corpse, was recruited for touring but became a permanent member. In 2002 “Unholy Cult” was released.

5 gorgeous men from the greater Seattle area who love to play and listen to death metal.

Odyssian formed in May of 2013 with the goal of making music, with an emphasis on quality and collaboration. Coming from a rich background of musicianship, experience, and stylistic diversity, we come together to create a compelling form of heavy, melodic music. Members of previous bands include Royalty In Ruins, Kyaustic, Fester In Exile, Binary Holocaust, Viking Funeral, Altar Of Abomination, and Poop Smell. All of us bring a matured musical mindset to the table which results in a completely new entity comprised of the true passions of the musicians creating it. Much like the story of Ulysses, Odyssian promises to be a journey not only for the musicians, but for the listener as well. We hope to be making an impact within the near future.

We are a technical/melodic death metal band from Snohomish county Washington.