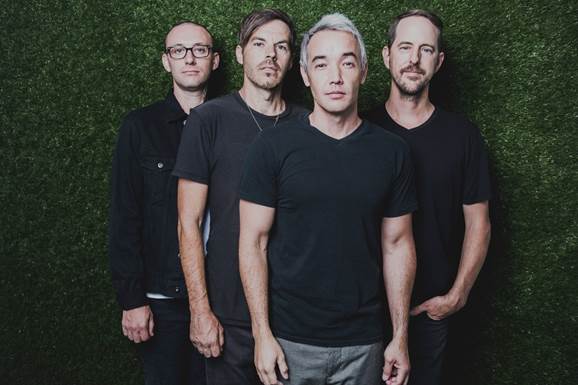 “Don’t Look Away,” the album opener, sets the tone for Push Pull and displays the band’s growth over the years while staying true to their roots. Additional album highlights on PUSH PULL include “True Believer” and “Buzzkill (Before You Say Goodbye)” which show the band maturing from adolescent to adult relationships and examining the difficulty of keeping alive what fuels them. “We Don’t Need the World” and “There Will Never Be Another” explore the memories which bind two people together. Additionally, Doug’s lyrics to the headphones-worthy “Fallen Star” were inspired by a memory of watching a military family of a soldier who died in combat, while the go-for-broke “Just Let Go (Who Cares If We Fall)” sums up Hoobastank’s current attitude.

Tickets to the band’s forthcoming performance at the Revolution Hall in Portland, OR can be purchased here.