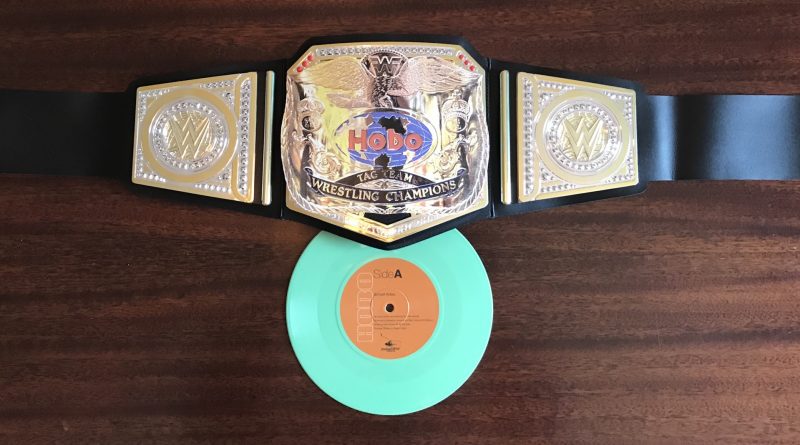 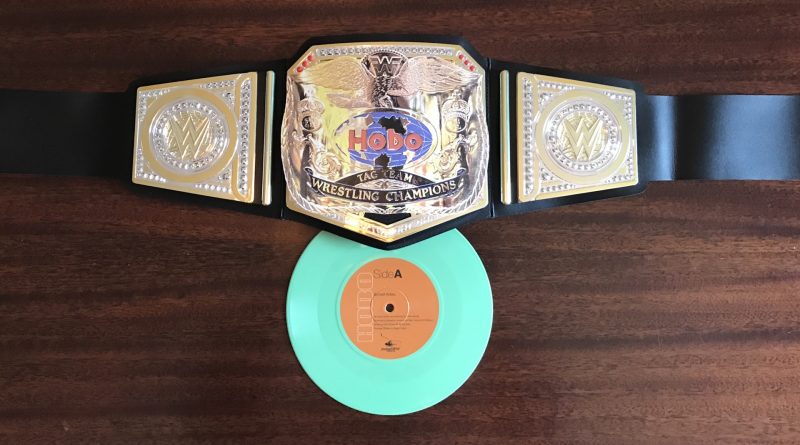 Hobosexual, the Seattle outfit whose Monolith was described as an album that “travels from the heyday of ZZ Top’s AM/FM dominance to the neon beckon of the Sunset Strip to Kyuss’ stoner rock” (Decibel), release a limited-edition, colored vinyl 7-inch titled Tag Team Wrestling Champions today via Mike McCready’s Hockeytalkter Records.

“We’re incredibly grateful and humbled in regard to Mr. McCready and Hockeytalkter’s support, said Ben Harwood of the single that features “Sunset Adieu” and “Monsterbater.” “Resultant of this most triumphant collaboration, we at camp Hobo have aptly titled this little 7-inch vinyl disc of anthemic-triple suplex-brain-exploderating-rock-(and/or)-rollage, Tag Team Wrestling Champions.”

Monolith arrived in November, with the Seattle duo releasing the comedic Making of Monolith documentary (https://youtu.be/3qG_uWNRJes) leading up to the album’s arrival. Cryptic Rock said of the 10-song release: “it is hard to believe so much sound is coming from just two guys” while MetalSucks said of the pair, “there’s no shortage of bands out there right now trying to carry the torch for classic rock, but few of them have the kung-fu grip on that torch that Hobosexual have.”

When we reviewed the album we said, “With a name like “Monolith” the title track might have been a little disappointing if it wasn’t an absolutely massive face-melter. A gigantic slab of rock if you will. No fucking worries here. Like a medicine ball to the chest, “Monolith” captures the brutal hobotone and slams the listener right in the solar plexus. The spleen-exploding title track starts out heavy as hell with fuzzed out guitars with all the ferocity that Hobosexual is known for. Ben Harwood belts out the reverb-y vocals to first hook and then reel the listener in. It’s a groove-heavy filthy display of just what this band is capable of that should leave any rock fan with a pulse satisfied.” “Monsterbater” harkens back to the late 70s and early 80s with monster sized vocals that bring to mind Cinderella with a hard driving hair metal meets classic rock aesthetic.”