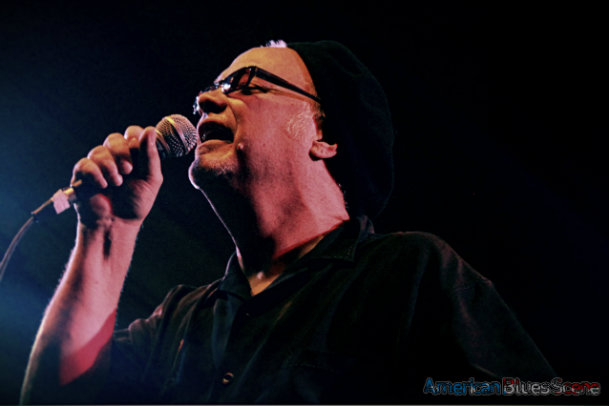 Northwest Folklife presents ‘living traditions:’ arts and culture as a way of life including music, dance, jamming, visual arts, film, and multimedia, all infused with folklife. From daily creativity to family traditions and community customs, folklife is a part of each of our daily lives. Echoing the U.S. Library of Congress’ definition: “‘folklife’ is the everyday and intimate creativity that all of us share and pass on to the next generation.” The Northwest Folklife Festival is just one way that Northwest Folklife affords access for all to participate together with no financial barrier, creating the most inclusive, wide-reaching arts experiences for people of all ages and cultural backgrounds in the region.

New to the Festival this year, Northwest Folklife is pleased to present an Open-Air Dance stage that will feature multi-cultural dance performances from around the world, sing-alongs in the Fisher Green Beer Garden, and a massive visual arts exhibition spread throughout the Festival grounds bringing together artists and curators of various disciplines. Marilyn Raichle’s “The Artist Within” displays works from those 60+ aiming to create new ways for people to think about Alzheimer’s and dementia; “Youth In Focus” empowers urban youth through photography, which will be on display; a project called “in·dig·e·nize,” organized by Tracy Rector and Melissa Ponder, offers up a portrait essay of indigenous people currently living in the Pacific Northwest; and Festival favorites PaperStock and Fiber Arts return.

Musically, the 2016 Festival features over 800 scheduled performances on 24 stages. Audiences can find traditional styles of American roots music on the Back Porch Stage and British Isles influenced performances on the Trad Stage; grand Festival stage experiences with an eclectic showcasing of genres on both the Fountain Lawn and Mural Amphitheatre Stages; a laid back, picnic-style music experience at the Fisher Green; and more intimate artist experiences at the Vera Project or Folklife Café stages. This year’s Indie Roots programming is robust with new showcase curator Treefort Music Fest – their showcase will feature performances from Rabbit Wilde, Karl Blau, and Hillfolk Noir. All other Indie Roots showcases are curated in part by community groups such as 91.3 KBCS, Seattle Living Room Shows, and Underwood Stables, and can be found on four different stages including the Fisher Green Stage, the Fountain Lawn Stage, Vera Project Stage, and the Folklife Café.

The popular family-friendly hot spot, the Discovery Zone, will be packed with all kinds of hands-on, interactive workshops, performances, and activities for families and young Festival-goers. New this year, kids can discover nature through art and learn how to make art with upcycled materials at the Nature Consortium activity station as well as visit the Northwest African American Museum activity booth to explore notions of inner beauty through art. While the Northwest Folkife Festival in general is a family-friendly event, there are other kid-friendly offerings throughout the grounds including a Kindiependent showcase featuring The Whizpops, Recess Monkey, The Not-Its!, Harmonica Pocket, and others; interactive dance performances in the Armory Court Stage and a yodeling workshop that helps audiences of all ages learn how to sing their ays, eees, and oooohs. Northwest Folklife is thrilled to partner with Seattle Opera to present to families the musical drama Our Earth at the Cornish Playhouse as part of the organization’s 2016 Cultural Focus program, “The Power of the Human Voice through Song.”

“The Northwest Folklife Festival thrives and continues to evolve with the people of the Pacific Northwest because it is community-powered, and has been for 45 years,” Sheila Siden, Director of Development for Northwest Folklife comments. “Performers, participants, patrons: we all believe that participation in the arts is as important as observing them. Your donations make it possible this year and for future generations.”

The 45th annual Northwest Folklife Festival is produced in partnership with Seattle Center and is presented by Seattle Cancer Care Alliance. It is sponsored in part by Lyft, Caffe Ladro, The MarQueen Hotel, Mediterranean Inn, Ben & Jerry’s of Greenlake, Western Washington Toyota Dealers Association, The Frankfurter, EMP Museum, Hostelling International at The American Hotel, and Pepsi.