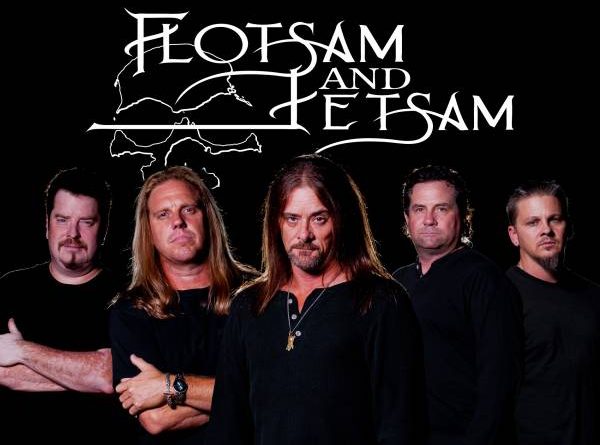 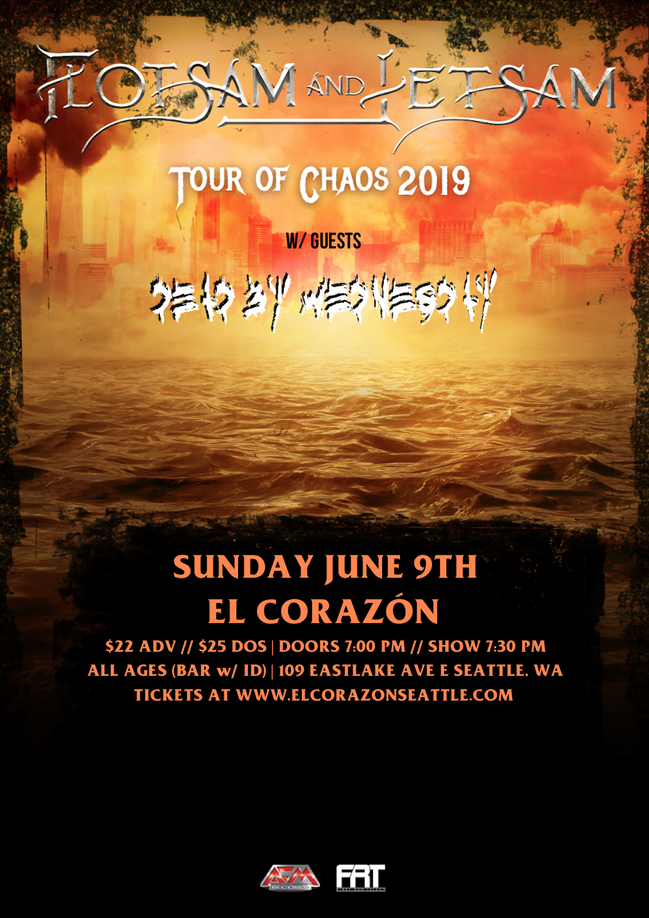 Flotsam and Jetsam are an American thrash metal band, formed in Phoenix, Arizona in 1981. They made their live debuts in local clubs and in California and had the opportunity to play with bands such as Megadeth, Armored Saint, Alcatraz, Malice, Exciter, Mercyful Fate, Riot, Autograph. Mark left and the 17 year old Michael Gilbert joined the band in 1985. Flotsam and Jetsam released two demo tapes in 1985, Iron Tears and Metal Shock.

They created their music video for “Hammerhead” from the Metal Shock demo in Jason’s living room. They also recorded live video from the infamous club Bootleggers. Those combined with the demos made a good impression on Record labels and after we contributed to the Speed Metal Hell II and Metal Massacre VII compilations, we got a deal with Metal Blade Records.

Dead By Wednesday will be opening their El Corazon performance. Tickets can be found here.