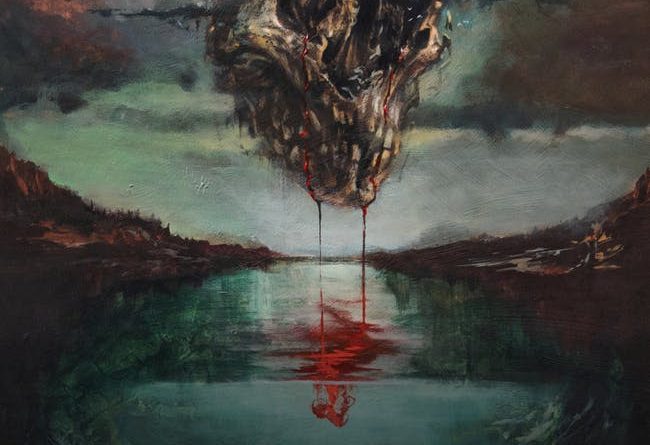 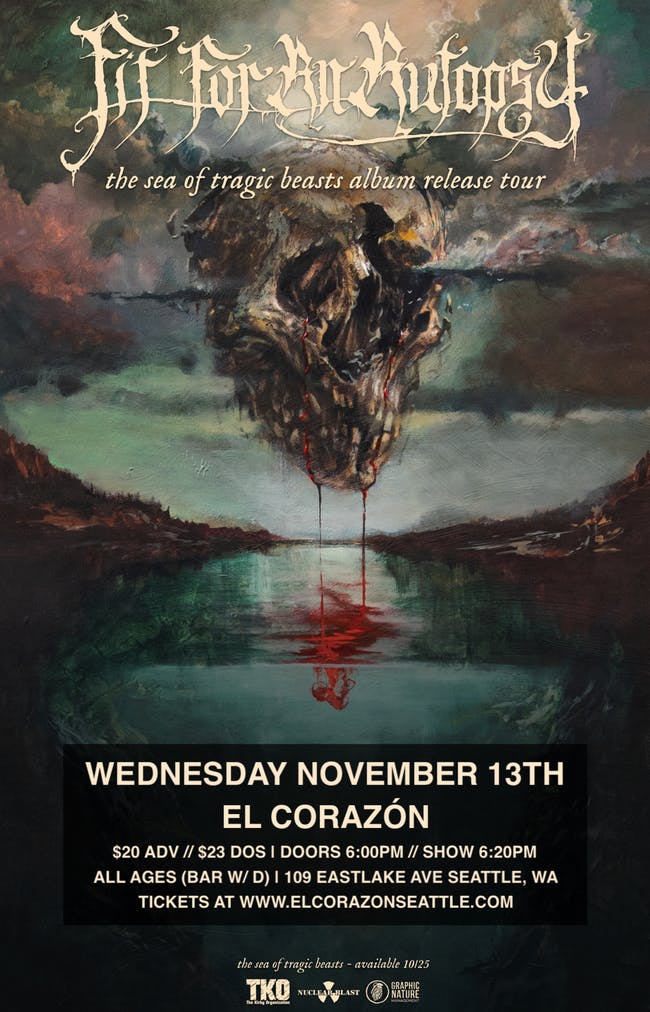 FIT FOR AN AUTOPSY

Corrupt politicians, manipulative mainstream media, government surveillance, mass shootings, clean water shortages, religious warfare, aggressive agribusiness, climate change, GMOs and a whole host of mind-numbing problems certainly make it feel like humankind is “going to hell in a hand basket,” as they say. There may be nothing that can be done about it at this point. But at least we have a killer soundtrack.

Fit For An Autopsy’s Hellbound is the perfect score with which to watch the flames rise. Punishing, unrelenting and alternately both heavy and dissonant, the New Jersey metal band’s first album for Good Fight/eOne conjures visions of Nero vigorously attacking his fiddle, even as Rome was engulfed in fire all around him. Esteemed English actor Michael Caine delivers perhaps the best line in Christopher Nolan’s “The Dark Knight” trilogy: “Some men just want to watch the world burn.”

Death metal often chooses to deal in devils, demons and horror-movie inspired gore. “Deathcore” detours into broken relationships and introspective issues, much like its scene cousins in Metalcore and alt-rock. Fit For An Autopsy blaze their own path, opting to address the dirty, gritty and grimy reality of modern day life. There’s no fantasy, no plaintive odes to lost love. This music is hell. These songs are Hellbound.

Scene queens, careerist cartoons and poseur-iffic hacks best step aside when confronted with the self-assured, art-for-art’s-sake vibe of Fit For An Autopsy. As MetalSucks observed early on: “The band’s brutal, glowering take on [deathcore] reminded [us] of the squandered potential of the genre. Hardcore grooves and swagger, when incorporated correctly, blend quite well with death metal.”

On Hellbound, Fit For An Autopsy expand upon their commanding approach to an often maligned subgenre by synthesizing the rhythmic experimentalism of Gojira, the aggressive post-Noisecore of Converge, the esoteric and meditative tribalism of Isis, a virulent dose of the New Wave Of Swedish Death Metal (At The Gates, Dark Tranquility, early In Flames), the legendary progenitors of Floridian death metal (Death, Morbid Angel, Cannibal Corpse, Obituary) and the “deathcore” acts who offer actual proficiency in the genre (Suicide Silence, All Shall Perish, Whitechapel).

Each nuanced building block is meticulously assembled together to form a near-perfect modern metal masterpiece, all with the confident vibe of a group of people making the music they want to make for its own sake, trends and “hype” be damned.

There was justifiable reason to be excited about Fit For An Autopsy from the start. The rich pedigree of its core members foreshadowed the momentous music that was to come. Nate Johnson’s stint fronting Through The Eyes Of The Dead resonated with many death metal diehards. Guitarist Will Putney is an accomplished metal producer, mixer, engineer and cowriter. Putney’s fingerprints are all over currently relevant albums from Stray From The Path, Reign Supreme, Misery Signals, Vision of Disorder, Counterparts, For Today, Like Moths To Flames, Stray From The Path and more. Guitarist Patrick Sheridan is rightly well regarded for his work on the fretboard as well as with a tattoo machine. The rhythm section of bassist Shane Slade and Sick Drummer-approved Josean Orta is beyond formidable.

The earliest rumblings of Fit For An Autopsy emerged on a 2008 demo. The self-released Hell on Earth EP arrived the following year, eliciting interest from Guy Kozowyk, The Red Chord vocalist and Black Market Activities label honcho. Kozowyk released Fit For An Autopsy’s devastating debut, The Process of Human Extermination, in 2011. Sputnik Music paid particular attention to Johnson’s dominating presence. “The dude’s a swamp creature,” they wrote of his “absurd” (in a good way) delivery. “When you hear him scream, it’s like, ‘What the —- was that?’ You realize whatever it is would probably eat you if you ran into it in the woods.”

The group’s seething contempt for modern society is rivaled only by the sonic bombardment dropped upon the unsuspecting all over Hellbound, a record that is equal parts challenging and engaging. It’s an album designed to make people feel uncomfortable, while at the same time, counter-intuitively soothed by its catharsis. Criminals, junkies and the systems that fail them; deadbeat parents; poisoned food; BS celebrities and false idols; they’ve all led humanity here. Hellbound draws a line in the sand. It’s a declaration that even it’s all going down the proverbial drain likeminded individuals can take some solace in the expression of shared rage.

THE LAST TEN SECONDS OF LIFE

The Last Ten Seconds of Life is a deathcore band from Mansfield, Pennsylvania, formed in 2010.

Dyscarnate have long been flying the flag for UK death metal all over the world. Having toured across Australia, Europe, Indonesia, USA, Canade, Israel, Russia and more, the three piece powerhouse’s dominance is now spreading even further around the globe following the critically acclaimed album ‘With All Their Might’. Three men, one purpose, one sound.+

Seattle based Metal group Malevolent Breed was founded in August 2017 and features past members of Prestige, Among The Mayans, and Envisionist.

Hands of Deliverance is a powerhouse 4 piece metal band out of Seattle, WA. The group brings together a ravaging sound that’s reminiscent of Pantera, Black Sabbath, Machinehead and so many others. HoD is made up of Jesse Alcott (Lead Guitar/Lead Vocals), Jarratt Van Dyke (Drums), Chad Thomas (Bass) and Chris Thomas (Rhythm Guitar). 3 of the 4 members in HoD were previously in a group called Systemik. Their debut release titled “Entity” dropped in 2017 and is in digital stores everywhere. Hands of Deliverance continues to bring an old school vibe to the modern jungle of American heavy metal.