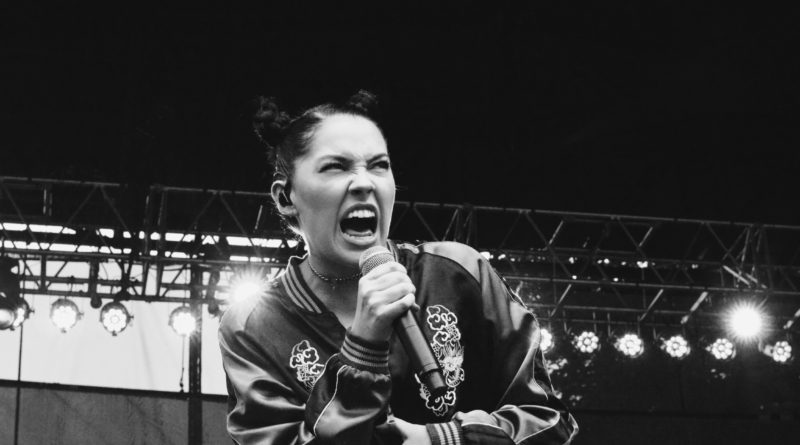 If you’ve never heard of alternative radio station 107.7’s big summer concert, here’s the rundown: two days at Marymoor Park, 15 bands, and roughly 18 hours of nonstop music. 107.7’s “Summer Camp” has been a beloved August tradition for many years, and for good reason. Consisting of a killer lineup and charismatic hosts (huge shoutout to DJs Manley, Gregr, Alyssa and special guest Andrew W.K), 2017’s Summer Camp came through as an all around fantastic weekend.

My Saturday afternoon began around 2:00, with the performance of Los Angeles group Magic Giant (shoutout to traffic on I-5 for making me miss The Fame Riot’s 1:00 set). I usually avoid alternative music that features banjos and fiddles, but it was impossible not to love Magic Giant’s alternative-folk-pop sound. Their live performance elevated their music even more, featuring plenty of audience interaction and drum solos.
Electronic duo MISSIO took the stage next and gave another stellar performance. Their setlist was full of songs with choruses so catchy and repetitive that the crowd started singing along in no time. Some of their songs resided more on the goofy side, such as “KDV,” (Killing Darth Vader) while others were deeply personal and emotional, especially “Everybody Gets High.”

Seattle natives Minus The Bear were up next, and probably provided the least exciting set of the weekend. Having been around for over 15 years, they had their share of dedicated fans, but it seemed as though each rock song blended into the next. Another electronic duo called Bob Moses followed Minus The Bear, providing a much more relaxed set than the previous electronic group, MISSIO, had given. With most of their songs being over five minutes long, a lot of the tracks got a old after awhile, but their set was still relatively solid. Their biggest single “Tearing Me Up” was actually one of my favorites of the weekend, maintaining the perfect balance of their laid back style and a catchiness that would make anyone want to groove.

The rest of Saturday’s lineup featured some SERIOUS girl power, which was extremely refreshing after the male dominated afternoon. Illinois native K. Flay dominated the stage next, drawing the biggest crowd yet. Her alternative hip hop sound and raspy vocals immediately won the entire audience over, along with her silly stage banter. K. Flay’s set seemed hard to beat, but the moment that Bishop Briggs took the stage, she proved herself to be the queen of the night. If you attended Summer Camp last year, you would have seen Briggs fill the smaller second slot of the afternoon. This summer, the audience was full of her face on shirts and girls rocking her signature hairstyle. Armed with a soulful voice and ominous melodies, Briggs killed it for the second year in a row.

A large number of people left after Briggs departed the stage, but that didn’t stop Metric from ending the night in style. Lead singer Emily Haines’ enrapturing stage presence and unique vocals backed up by intense rock music ended the night on a strong note. Day one of Summer Camp had a lot of high points, but it paled in comparison to day two, which was amazing on every level. Each artist brought something special to the stage, and there was never a dull moment throughout the entire day.

Local favorites Dude York were the first to take the stage on Sunday. It’s hard to go wrong with guitars, bass, drums and a high energy level, so while Dude York may not have the most unique sound, their music was easy on the ears and their performance was a lot of fun to watch. Unfortunately, Beth Ditto had unexpectedly fallen ill the previous night and was not able to attend Summer Camp. Luckily, The Fame Riot was more than willing to take to the stage one more time after their successful Saturday set. The Tacoma band’s set was strange, loud and boisterous, and I loved EVERY SECOND of it. Brothers Liz and Shazam aren’t afraid to be themselves, and their genuine love for music and their fans definitely showed. Following The Fame Riot, Summer Camp got a little taste of the punk rock world with the arrival of SWMRS. Not only did the California group come with a strong set of music, they came with a message. Between songs, guitarist and singer Cole Becker preached messages opposing white supremacy, Nazism, and sexual harassment at shows. Their set also included an ode to Miley Cyrus and after lots of coaxing, possibly the first circle pit that Summer Camp has ever seen.

Singer-songwriter LP then replaced SWMRS on stage. It was an interesting change of pace, but the crowd was more than enthusiastic to see her bluesy, soulful set. LP possessed one of the most interesting voices of Summer Camp’s entire lineup and some of the most impressive whistling skills I’ve ever heard. Everybody collectively swooned when she played her brooding, sentimental single “Lost on You,” and she then left with a bouquet of flowers and a framed drawing that her fans had provided for her. Los Angeles trio Sir Sly filled the fifth slot of the afternoon, and based off of the never ending screams from the audience, it’s safe to say that they were one of the more anticipated names of the day. Sir Sly’s passionate performance was truly a sight to behold. Summer Camp witnessed the heart wrenching lyrics of “Altar” come to life, and got to dance to their infectious single “High” not once, but twice.

What better band could 107.7 have booked to follow Sir Sly’s heated show than New Politics? From the very start, New Politics flaunted their high energy as lead singer David Boyd break-danced to a Beastie Boys track. The action never stopped throughout New Politics’ set, which included a successful crowd surf from Boyd and the audience raging to “Harlem,” from their album A Bad Girl in Harlem. As the sky began to darken, Andrew McMahon appeared with his piano, belting out the leading single from his sophomore album, “Fire Escape.” McMahon’s performance was a never ending party. Beginning with him crowd surfing on a giant inflatable duck, then releasing tens of beach balls into the crowd, and then dancing under a parachute in the middle of the audience, nobody knew what tricks McMahon would pull out next. After screaming out the lyrics to “Cecilia and the Satellite,” everyone was finally prepared to experience the final headliner and biggest name of the weekend, Vance Joy.

Though Joy’s music is quite simple, with each song surrounding an acoustic guitar chord progression, Joy’s voice and poetic lyrics have a remarkable ability to force everyone to shut up and listen. He serenaded Summer Camp with old favorites like “From Afar” and “Fire and the Flood,” but also played some unreleased cuts from his upcoming album. The night ended with a mashup cover of Paul Simon’s “Me and Julio Down by the Schoolyard” and “Cheerleader” by OMI, followed of course by “Riptide.”

Aside from the music, Summer Camp was just a wonderful place to be. The overall atmosphere is always so positive and friendly that even if you aren’t familiar with a lot of artists on the lineup, you’re bound to have a good time. 107.7 always does the best possible job on their concerts, and I can’t wait to see what’s in store for Deck the Hall Ball!