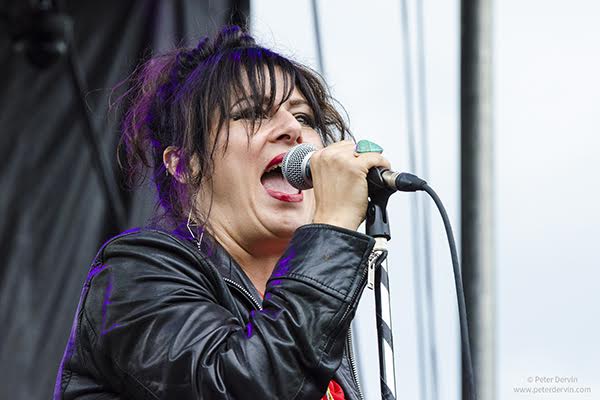 Bumbershoot 2015 celebrated its 45th anniversary with little fanfare. Under new management, the former Seattle Arts and Music Festival that was once free to the public when it began in 1970 has now become just another festival following the format of Coachella, Bonnaroo, Outside Lands, Sasquatch and Lollapalooza.

This year, the Anschutz Entertainment Group (AEG) came in when One Reel ran into financial difficulties and saved the festival for this year. But, as a result, many practical things were missing. Gone were the food vendors that were located around the various stages. Many were relocated to an area near the Experience Music Project museum that once had a stage.  Editor Note: Which seemed like a good idea, it’s just that no one knew the vendors were down there.

Missing were several stages and others were rearranged. EMP was used for a Silent Disco where people could listen to music on headphones, but no live music. Many years ago the Northwest Court Stage disappeared, which featured jazz and world music. Now the Fountain Stage, EMP, and Exhibition Hall were gone as well. Once again, Memorial Stadium played host to the headliners, with Key Arena taking on more of the EDM artists. The Starbucks (Mural) Stage had a variety of indie, rock, country and reggae with no one genre dominating. The Rhapsody (Board Street) Stage featured mostly local artists who are breaking out in Seattle. The Nevertamed (Fisher Green) Stage featured a variety of national touring bands as well.

One of the exciting things for me at Bumbershoot was discovering new music. This year’s festival provided that in many ways. But what was missing was the lack of world music, blues, jazz and roots music. What made Bumbershoot so unique for so many years was being able to hear and see a broad spectrum of music, art, performance and dance. These elements were missing. I hope that when AEG sits down and reviews the pros and cons of 2015, they consider the attributes of what makes Bumbershoot so special for so many people.

Now to the music…

My Saturday began with the talented young singer, Phoebe Bridgers at the Mural Stage. Along with her acoustic guitar she presented a nice set of originals. Then I headed over to the Nevertamed Stage to catch Soft Sleep for few numbers. Then it was back to catch Elle King where she was one of those surprises. You can tell when someone has the goods, great voice and an engaging stage presence. I tend to bounce from stage to stage, and I was off again, this time to catch Deep Creep who rocked. Back to the Mural Stage to listen to The White Buffalo who had a very strong voice and commanding style with his music.

I then ventured over to the Rhapsody (Broad Street) Stage to catch Grace Love & The True Loves. I was blown away my Miss Love and her funky soul band. This band had people dancing and rockin’ out. Then I hoofed it over to catch the Babes in Toyland set and they kicked ass. This is also when the rain showers began. During the initial downpour, these ladies just tore it apart and the fans loved it.

In between the rain, I scurried back over to the Starbucks Stage to catch the tail end of The Jamestown Revival only to hear a huge lighting strike that hit the Space Needle, then a very load thunder rumble and the RAIN came pouring down. So hard that all the outdoor stages were shut down, waiting for the storm to pass through. After an hour delay, I headed over to catch local band Smokey Brights who played Bumbershoot last year as well. This band just keeps getting and better and they announced that they were in the studio recording their next album.

Motopony took the stage next and front man Daniel Blue mesmerized the crowd with his singing and the band simply rocked. I have now seen Motopony multiple times and their sound is impressive. Next up was country newcomer, Kacey Musgraves. I was looking forward to her set of country pop at its finest. She delivered a solid show and packed in the fans at the Starbucks Stage. To wrap up Saturday evening, it was recommended that I go catch Lindsey Stirling. I had never heard of her and was told that she played violin. As the lights dimmed and the show began, there was a burst by this redhead pixy dancing and playing electric fiddle. With a complementing visual display of scenic graphics, Lindsey Stirling completely knocked it out with her team of choreographed dancers.

Sunday was my day where I knew of a few bands that I had planned on seeing but everything else was going to be new. The day started with Eliot Sumner, who is the daughter of Sting, yes, from The Police. She played a very tight set and you could see the similarities of her singing style to that of her famous father, but she certainly carried her own voice. I ventured over to the Memorial Stadium to catch Dead Moon. I hadn’t heard of them before but several people said to check them out. Coming in from Portland, Dead Moon is your classic garage fuzzed punk band that rocks. Sadly, guitarist Fred Cole collapsed at the end of the show and was taken to a nearby hospital. Best wishes to Fred’s speedy recovery.

I then skipped over to catch a little bit of Israel Nash whose rocking blues Americana music kicked some tail. Back over to the Mural Stage to catch Chimurenga Renaissance that started out sounding real cool with some African beats but somehow morphed into a rap fusion that drowned out the sonic exploration. Up next was reggae legend, Lee ‘Scratch” Perry which was more than colorful and entertaining. After getting my reggae groove on, it was time to check out Nikki Lane, who is so darn fun to watch and listen to. Nikki Lane has become one of the outlaw country darlings and she drew one of the larger crowds of the day.

Another surprise was a band called Moon Hooch which had two guys on Alto Saxophones and a drivin’ drummer and these guys had the crowd dancing their butts off with a very impressive set of bombastic music. After going all day, it was time for me to check out the annual showing at Flatstock 51 featuring many outstanding poster artists from around the country. I spent some time with artist Gary Huston of Voodoo Catbox from Portland where we talked about rock and rock art. To wrap up my evening I caught the Punch Brothers who performed a very nice set of bluegrass pop.

Monday at Bumbershoot was my day to catch some of my local favorites starting with SISTERS. Having just seen them at the Sets in The West in Everett, SISTERS continues to provide some catchy pop tunes and harmonies. Then I headed over to a band I knew nothing about, having been contacted by their PR Company asking me to check them out. Well, damn, these guys were great! Nathaniel Rateliff & The Night Sweats were a smokin’ hot mix of rockin’ blues that simply kicked it. I spent most of the day bouncing back forth between the Mural Stage and the Rhapsody Stage, catching a band called Bread and Butter and also Colony House. Both bands were straight ahead rock and roll and very enjoyable.

But through the day, the band I was waiting to see was The Grizzled Mighty. This duo has been a favorite for several years, but this would be the first time to see them with new drummer Lupe Flores. I have to say, why these guys have not become a national tour band as of yet is beyond me. Ryan Granger is a bad ass on guitar, shredding and rippin’ like a crazed madman. And in unison, both their heads (and hair) bangin’ like no tomorrow. Then there is the moment at the end of their set when Ryan stands on Lupe’s bass drum and jumps skyward in a blazin’ rage. It was awesome being a part of such a great rock and roll crowd and most enjoyable.

To wrap up my Bumbershoot I caught I little bit of Hozier who was enjoyable but not really my cup of tea. I then headed over to catch DeVotchKa who also put in a nice set of world beat folk rock. But now I felt the drag of being at Bumbershoot all three days and I was toasted. One of the daily highlights is seeing and visiting with my fellow Bumberbuddies who dance and prance around the festival with sheer joy and revelry!

All in all, Bumbershoot seemed to be successful in many ways. Again, many things were missing that those of us who have been coming for many years missed, but for the next generation of Bumbershoot fans, this appears to have achieved it desired outcome. One thing for sure, I’m already looking forward to be at Bumbershoot 46.

More Bumbershoot photos can be seen at: www.peterdervin.com 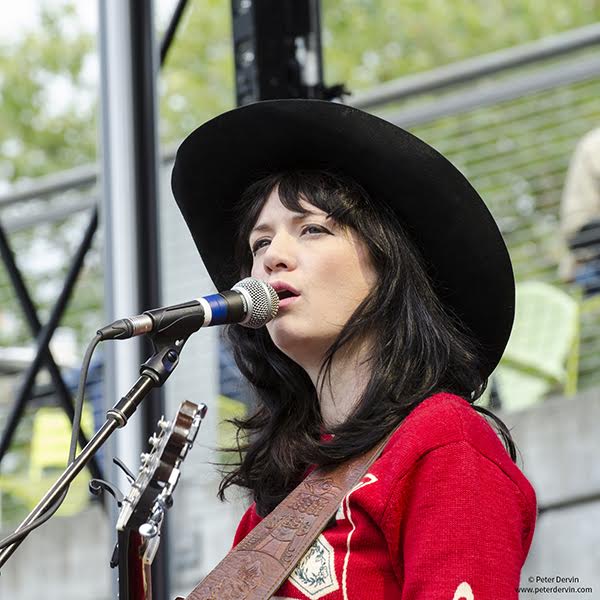 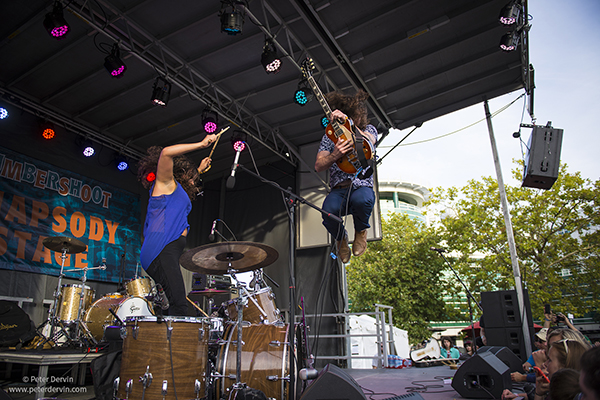 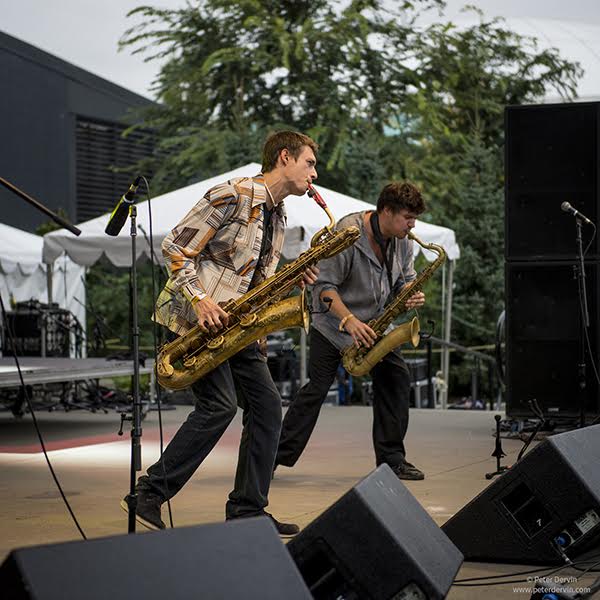 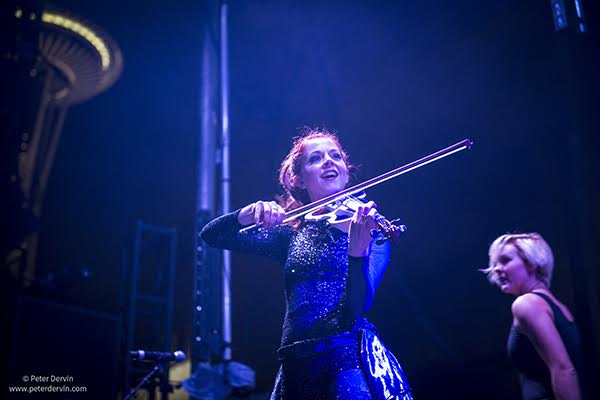 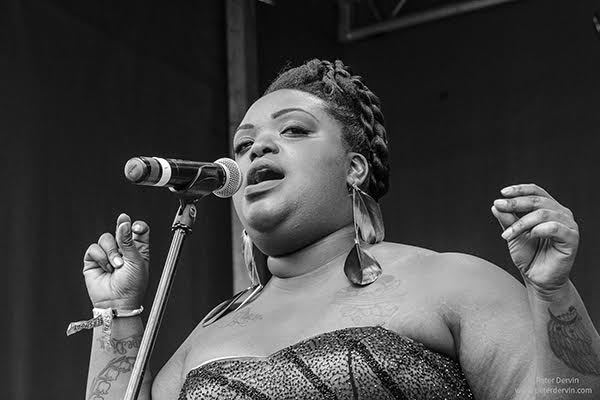 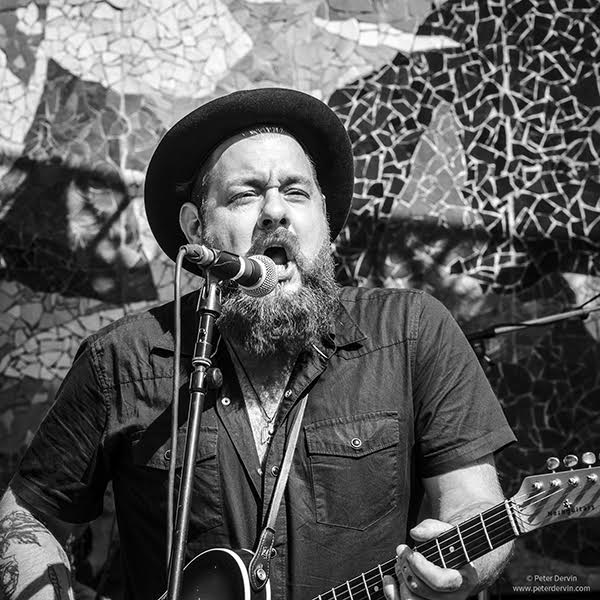