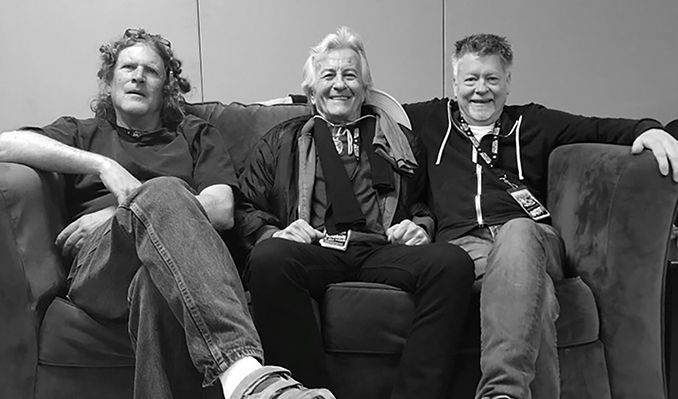 Fear were formed in Los Angeles by vocalist Lee Ving (whose past is shrouded in mystery, though he’s rumored to be a Vietnam veteran), with the rest of the original lineup including lead guitarist Philo Cramer, bassist Derf Scratch, and drummer Johnny Backbeat. Rhythm guitarist Burt Good became a member for a short time in 1978, but became unnecessary when Ving decided to take up the instrument. The same year, Backbeat was replaced by Spit Stix. Fear issued their debut single, I Love Livin’ in the City, at the beginning of 1978 on Criminal Records.

They were in no rush to record an album, however, and spent the next few years without a record deal; instead, they mostly played punk clubs around the Los Angeles area, cultivating a volatile, confrontational stage presence. Fear‘s explosive appearance in director Penelope Spheeris‘ punk chronicle The Decline of Western Civilization cemented their legend, and they found a devoted fan in comedian John Belushi, who talked Saturday Night Live into having the band on as a musical guest for the Halloween episode in 1981. Not a band to behave in a public forum,Fear invited a pack of skinhead slam-dancers on-stage for their performance, resulting in costly studio damage and a bit of on-mike profanity.

Now notorious on a national level, Fear finally landed a record contract with Slash in 1982, and released their debut album, The Record, which most critics still agree was their best and funniest outing. Scratch left the band later on in the year, and was replaced first by Eric “Kitabu” Feldman (who appeared on the late-1982 single Fuck Christmas), thenthe Red Hot Chili Peppers‘ Flea; in 1984, Flea was in turn replaced bythe Dickies‘ Lorenzo Buhne. Fear took some time off for side projects in 1983; Stix went to Europe and joined Nina Hagen‘s band, Cramerformed a band called M’Butu Ngawa, and Ving pursued a successful acting career, playing assorted tough guys in films like Flashdance (the strip club owner) and Streets of Fire, among others. In 1985, Fear released their second album, More Beer, but soon drifted apart into other projects; they disbanded in 1987.

Tickets to the band’s 40th anniversary performance at The Showbox can be found here.