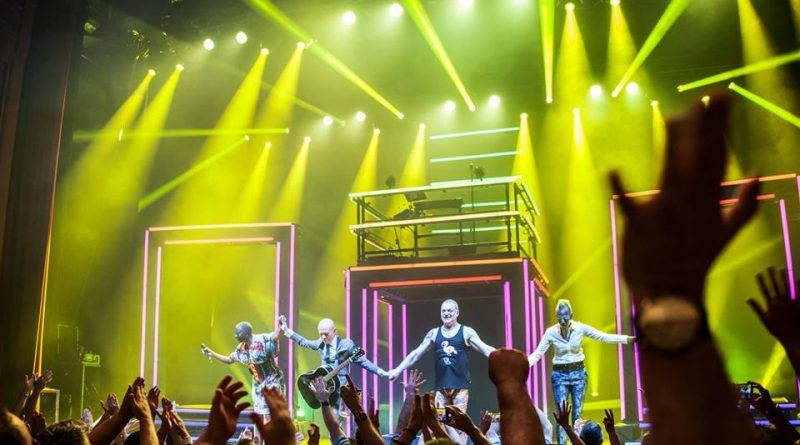 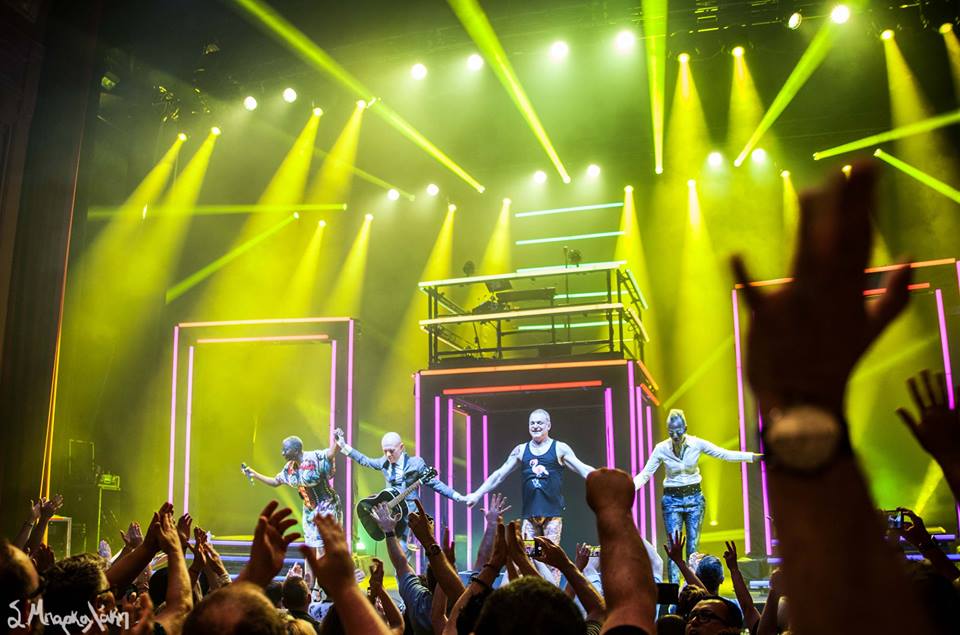 Last Tuesday the beautiful Moore Theatre was completely full of devoted fans ready to catch legendary duo Erasure live. Formed in 1985, the pop icons made their way to our city in support of their 17th album, World Be Gone. The show proved to be one of the hottest tickets in August selling out fast and leaving many people to the mercy of scalpers. For the lucky ones who made it in it was something special, worth the long wait since they last performed in Seattle.

A little before 9:00 p.m. singer Andy Bell, keyboardist Vince Clarke, and their two backup singers took the stage kicking the night off with “Oh L’Amour,” as the audience stood up ready to be part of the fun. Bell sat on a chair for a little bit under a box structure that hosted Clarke on top for most of the show. He had a variety of synths and guitars around him but he did come to the floor during the encore to close out their set together. 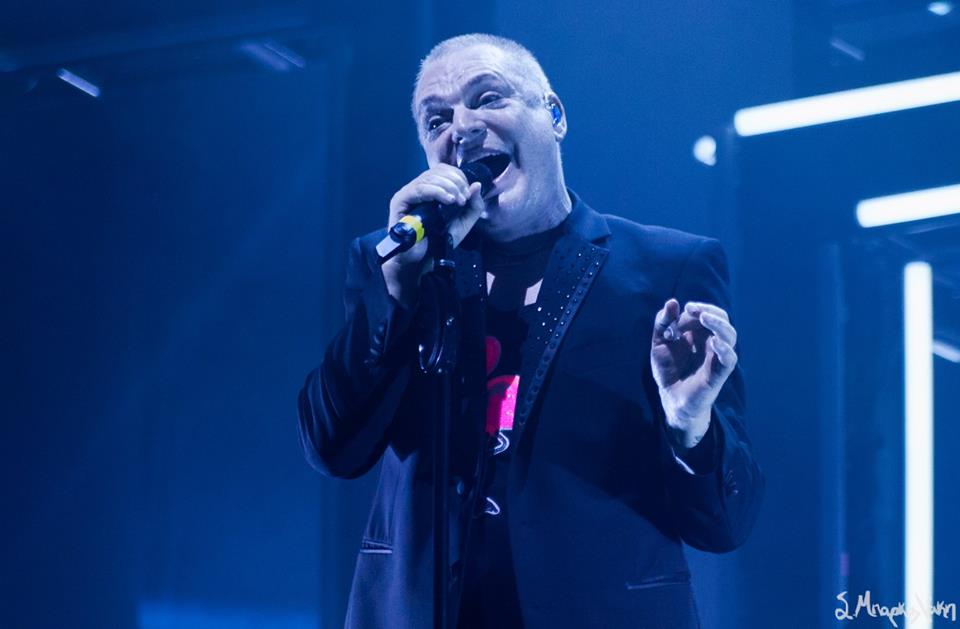 The two backup singers sat/stood on the left and right side of the stage in box shaped platforms that were outlined with neon lights changing colors and designs as part of the production. Bell was wearing a flamingo tank top along with tight pattern leggings and for the first three songs a black blazer that he took off after. His energy was impeccable from the start making it easy to understand why he is regarded such an iconic performer. He smiled, engaged with the fans, and showed us some serious dance moves throughout the night.

The duo performed many favorite tracks including “Sometimes,” “Love to Hate You,” “Drama!,” and “Always,” as well as a killer cover of “Atomic,” by one of their favorite artists, Blondie. Before starting “Who Needs Love Like That?” Bell mentioned that they wouldn’t exist without this song. It’s only been a few times that I’ve seen the Moore stand for the duration of a performance and this was one of the few. People were having a blast and you could feel it in the room, making it an amazing show to be a part of. 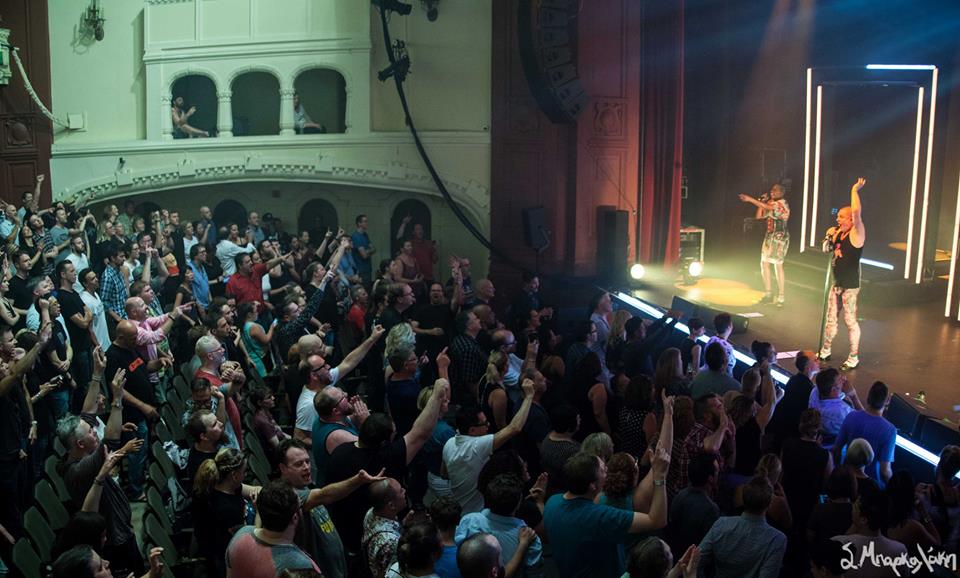 The set crossed another level as “Stop!” played right before the end, enticing everyone one in the room to sing along and dance, with Bell and the two backup singers, who also were backup dancers, parading on stage. When they returned to the stage accompanied by Clark and a guitar, all four stood next to each other and closed out with “A Little Respect,” as adoring fans showered them with applause and cheer. This was a great performance to catch live and I’m so happy I finally got to catch these legends.