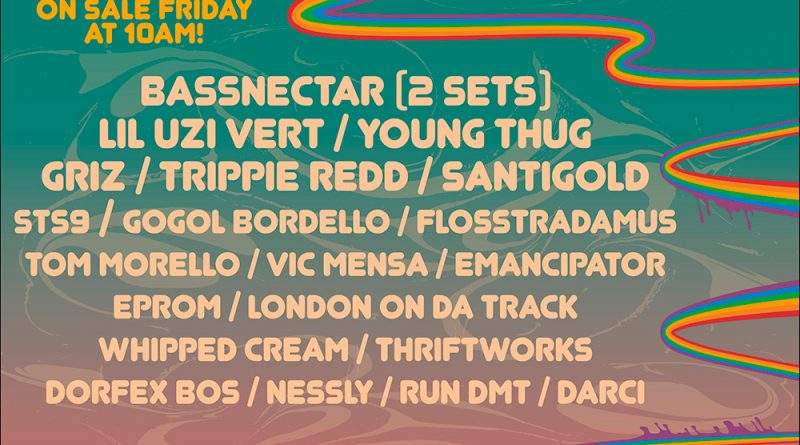 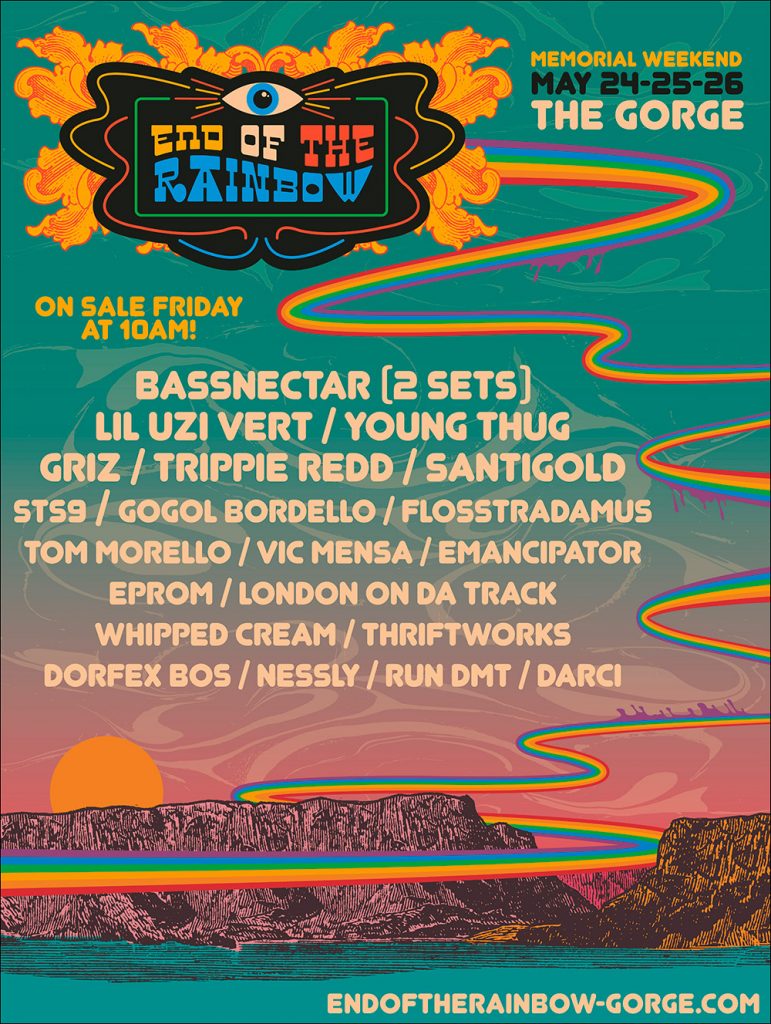 Today, the previously announced, albeit quietly, End of the Rainbow Festival dropped the lineup for their inaugural festival at The Gorge. Taking place over Memorial Day Weekend, the festival is being perceived as a spiritual successor of sorts to the Sasquatch! Music Festival, whose founders announced its closure last year following its 2018 showing.

From May 24th through the 26th, attendees can look forward to a small but diverse lineup encompassing EDM, trap rap, downtempo, future bass, and everything in between. Storied electronic savant Bassnectar, tapped for the headliner, is set to perform two sets across the weekend, with other headliners including melodic trapper Lil Uzi Vert and rap enigma Young Thug. Other notable names include Trippie Redd, STS9, Gogol Bordello, and Rage Against the Machine’s Tom Morello, touring his October 2018 release The Atlas Underground.

The full lineup can be found below. You can find ticket information and more details about the festival by clicking here.