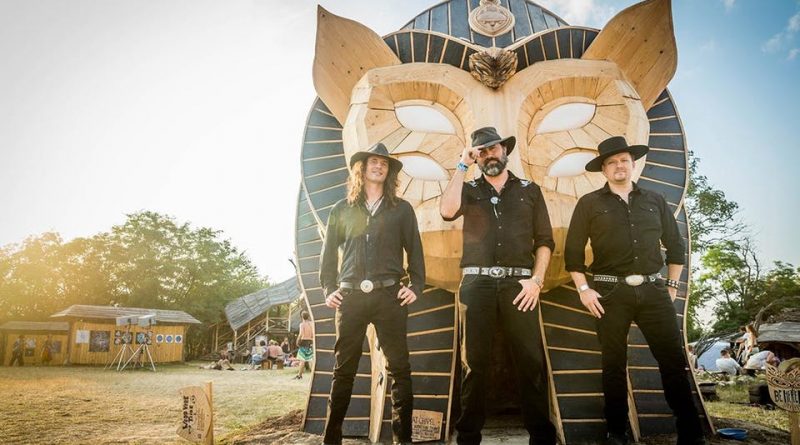 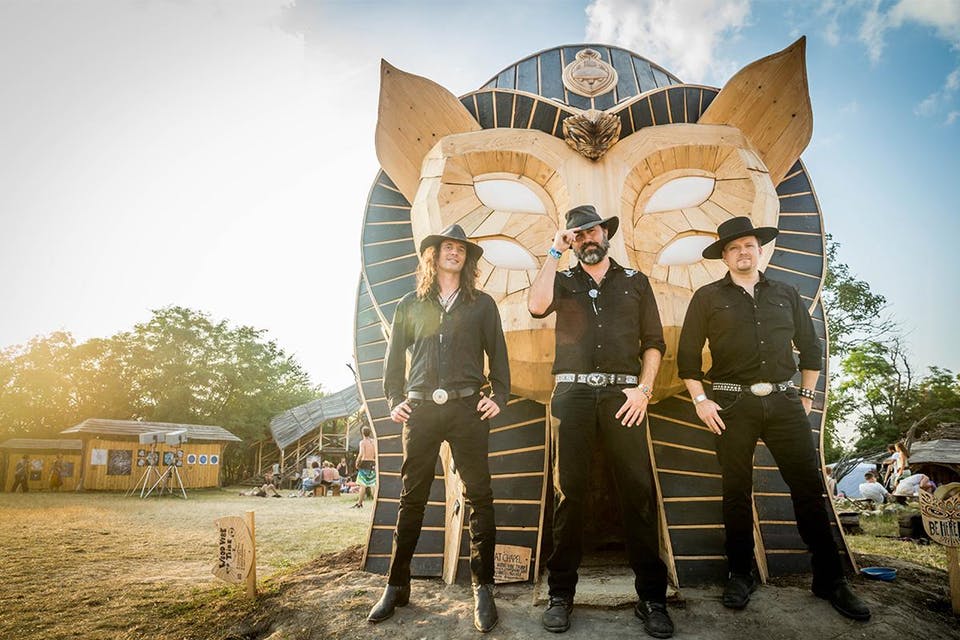 Dirtwire to perform at Neumos on September 27th

On the 20th anniversary of the formation of Kazakhstan’s new capital Astana, in a music festival held at the city’s center, Dirtwire takes the stage as the sole American act on the lineup. They assume their positions among laptops, kamale ngonis, jaw harps, space fiddles, whamola basses, and resonator guitars. They look out at the futuristic city, and present songs and rhythms built on traditions drawn from musicians the world over and millennia in the making.

Dirtwire finds themselves in Tokyo’s bluegrass venues, New York house clubs, and at the Red Rocks outdoor amphitheater in Colorado. They perform on pirate ships in Bali, desert festivals in the Australian outback, and dragon-sized art cars in Black Rock City, clad in caballero costumes to honor the history of their home state of California. From the west coast of the U.S. to far-flung destinations all over the world, these troubadours are welcomed for speaking the most unifying language there is: music.

Evan Fraser, David Satori, and Mark Reveley met at the California Institute of the Arts, where they each studied music traditions from around the world. Independently and together, they have since traveled to nearly every continent on musical missions of the most adventurous kind. From the favelas of Brazil to the holy Ganges in India, from Fela Kuti’s Shrine in Lagos to shamanic Maribou ceremonies in Guinea, From Native Reservations in the Southwest to the streets of New Orleans, the members of Dirtwire have gained their understanding of the sounds of the world by exploring it.

An important part of this journey has been acknowledging and honoring the traditions of indigenous populations, working to raise awareness about the challenges they face, and calling attention to their musical traditions and how the band has incorporated and drawn influence from them. Collaborations towards this end have included Tuvan throat singer Kongar-ol Ondar’s last musical recording, Mamadou Diabaté, the Grammy-winning Malian kora player, Vieux Farka Toure the legendary Malian guitarist, and Robert Yuldashev, Russia’s celebrated kurai flute virtuoso.

The spirit of their musical journey is best expressed in their live show, Where every set is a magician’s surprise show, an invitation to experience instruments that are often heard only as samples in electronic music and to celebrate the art of the instrument, not just the sound you can record from it. Future revival, swamptronica, spaghetti-step, electro-twang — whatever you want to call Dirtwire’s music, what matters is that you can dance to it, as sure as a lizard dances in the desert. At a Dirtwire show you can be guaranteed to hear and see a wide range of instruments being played and woven into an electronic music context, including melodicas, guitarjo, electric space fiddle, drums,  jaw harps, vocals, harmonica, jaw harp, melodica, overtone flutes, kamale ngoni, kalimba, toy megaphone, percussion, whamola, resonator guitar, fujara, ukulele, and Siberian ghostcatcher mouthbow.

The creative process between these old friends and their carnival of instruments is a combination of composition, improvisation, and psychedelics. Alongside music, Dirtwire has learned from other cultures that plants are teachers and an opportunity for a different kind of travel. With psilocybin sometimes songs appear fully formed, channeled without ego like a transmission from another place.

Dirtwire’s creative dynamic comes from mutual respect and an understanding of how far to push each other’s comfort level on musical ideas. Dirtwire is a collaborative transmission from the earth, a celebration of its