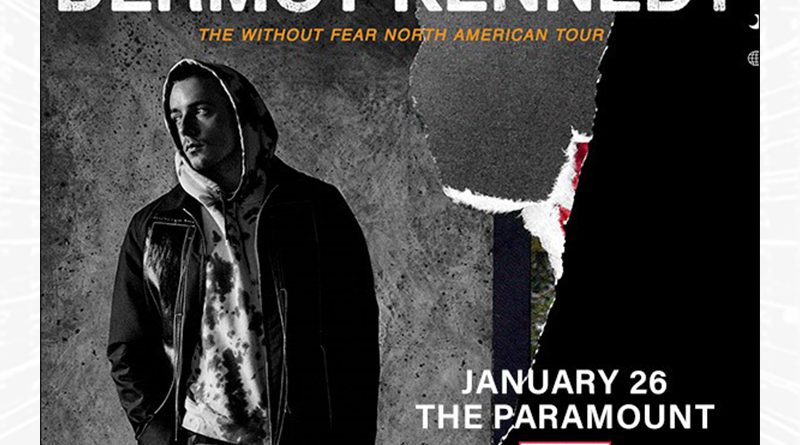 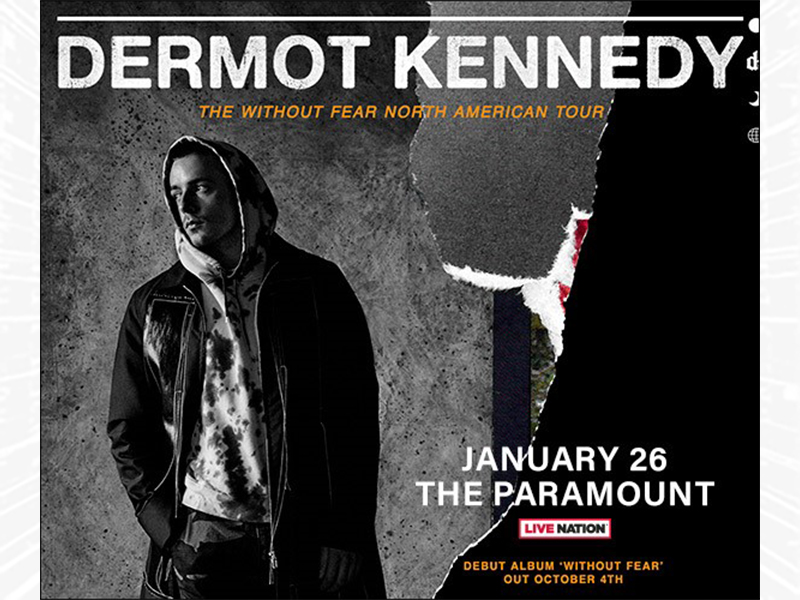 Dermot Kennedy coming to the Paramount Theatre on January 26th

Dermot Kennedy’s rapid rise is nothing short of astounding. In two short years, he has gone from playing his first US club show at Baby’s All Right in Brooklyn, NY to announcing his debut at New York City’s Radio City Music Hall, along with his longest North American tour to date.

The 2020 North American tour is produced by Live Nation and takes place in 33-cities. Beginning on January 24th in Vancouver, BC, Dermot will play his biggest shows thus far in venues, including the iconic Radio City Music Hall in New York City, The Wiltern in Los Angeles, The Masonic in San Francisco, and Ryman Auditorium in Nashville. The tour will also make stops in Dallas, Atlanta and Miami, among other cities, before wrapping up on March 18th at Aragon Ballroom in Chicago, IL. The shows in the new year will follow the previously announced leg of his nearly sold out 2019 run of dates beginning on October 11th in St. Paul. MN.

Dermot Kennedy’s debut album, WITHOUT FEAR, is set to be released on October 4th. His global streaming numbers continue to rise with over 600 million across all platforms and 9 million+ monthly listeners on Spotify alone. Recent praise comes from the likes of the Los Angeles Times, TIME Magazine, The New York Times, NPR, Complex and Billboard.

Dermot recently appeared on The Late Show with Stephen Colbert for his debut US TV performance, quickly followed by an appearance on one of America’s top talk shows The Ellen Show, wowing both crowds with a performance of ‘Power Over Me’ which has reached #1 in the airplay charts in France, Germany and Belgium and achieved Double Platinum in Ireland, Platinum in the Netherlands and Switzerland and Gold in Canada. His latest single ‘Outnumbered’ is now sitting on BBC Radio 1’s A-list and has been steadily climbing the UK charts since its release, currently sitting at #20 in the Official Chart—proving him to be one of the most exciting global stories of 2019.