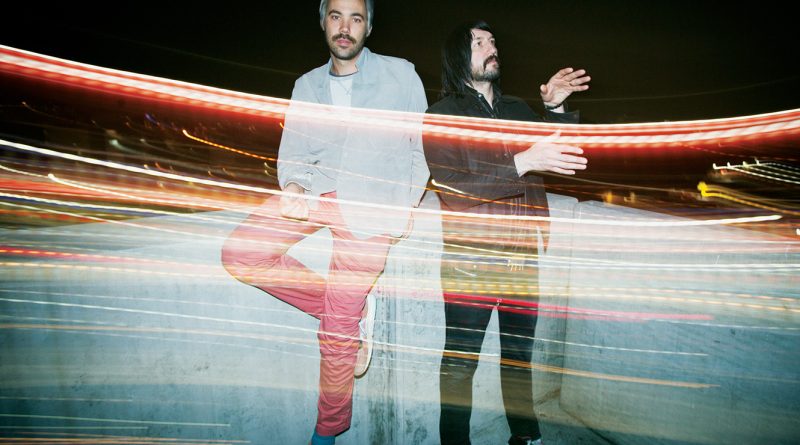 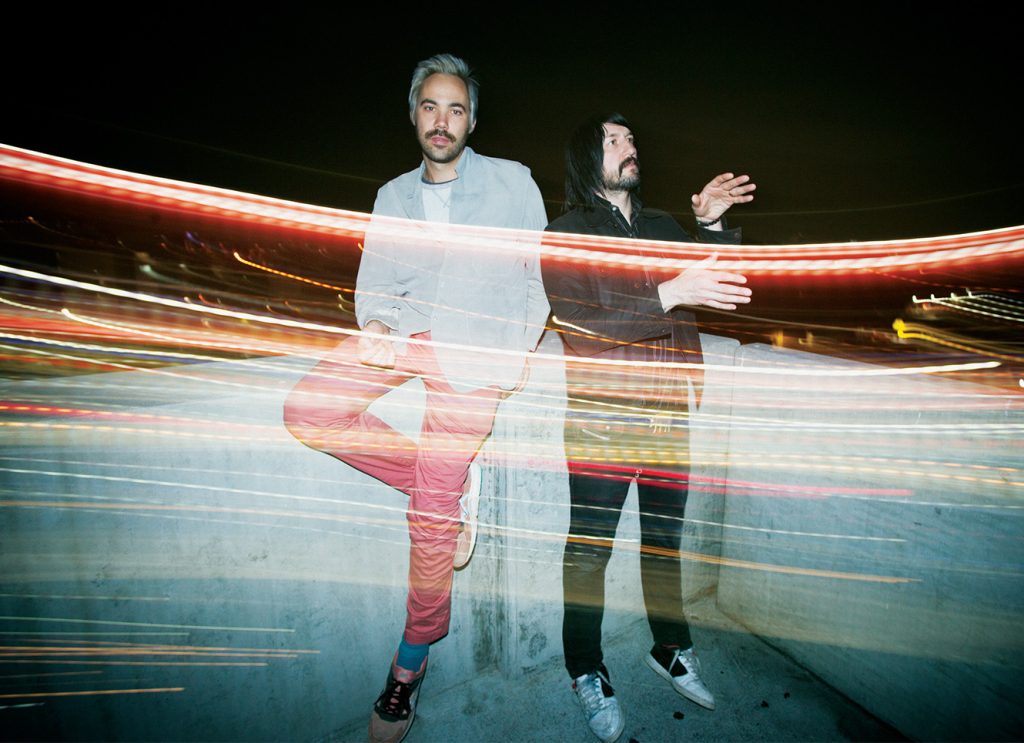 We had the opportunity to chat with Jesse Keeler of Death from Above about their latest release and tour. The duo will be in town on November 20th at the Showbox Market, supporting their third record Outrage! Is Now. Sebastien Grainger and Keeler started the band in 2001 before disbanding in 2006, and then reuniting in 2011 once again. There are always different stories on how the band met, but I think Keeler might have shared the real one with us. That is what we want to believe anyways.

Keeler: I’m in Detroit, the closest I’ll be at home probably for the next month. There is actually a Nirvana poster on the wall of the basement I’m sitting in when they played here last.

NWMS: Preparing for tonight’s show at the venue?

Keeler: Yes, we’ve actually played this venue a few times, but it’s the first time we’re playing their larger room located upstairs. We’ve probably played the most shows in Detroit out of any other US city due to its proximity to our home in Canada.

Keeler: Our band kind of formed because of a Detroit show our other band had that got cancelled, which was supposed to be on September 12, 2001. We had all our gear in the living room ready to load in the van to drive down here and obviously we weren’t going anywhere that day so I started plugging amps in and grabbed my bass and wrote three songs that started this band.

NWMS: It’s crazy how different that date influenced events for so many people but at least you have a good story to remember with the formation of the band.

Keeler: You hear of specific moments in history that the world has changed afterwards, and I guess that is our generation’s moment.

NWMS: It was a very weird moment for sure, I was stuck in Greece after not being able to fly out on the 13th.

Keeler: I remember after that our home became a halfway house as we had a lot of friends in New York that did not feel safe and I invited them over to stay. It changed the whole house as we put mattresses everywhere hosting people coming up until they felt better about going home.

NWMS: So you wrote the songs and then how did the meeting happen with Sebastien?

Keeler: You want to know the real story?

NWMS: Yes, the real one though, don’t make something up.

Keeler: Since he’s not in the room to glare at me right now, I’ll tell you the real story. I had written these songs and people who heard them were telling me that I need to form a band to play these. I was out one night at this bar and this girl that I had recently met started telling me about her boyfriend who was a great drummer. So I met him and we started to play together and that was that eighteen years ago now. One day after we were hanging out for a while I was going through a thing with this girl and I brought up that girl as a reference. He said that girl was not my girlfriend, she was just someone who was obsessed with me back then.

NWMS: That is insane!

Keeler: He didn’t know she was telling people that until that moment, and that is the true story of how I met him.

NWMS: I believe you, but I kind of don’t, but I’m going to go with it.

Keeler: That is the true one, and I still laugh about it even though he doesn’t.

NWMS: No harm was done, and you guys got to meet each other and it all worked out.

Keeler: It did, and it didn’t have to so that was great.

NWMS: That’s how fate works, it was the right moment for both of you and for whatever reason she was there.

Keeler: If I ever saw her again I would thank her for sure.

NWMS: How did the dynamic of the band form with you on bass and Grainger on drums/vocals?

Keeler: He was playing drums in prior bands but I always viewed him as a guitarist/songwriter. He was a great drummer, but I don’t know a drummer who doesn’t play something else as well. It was my first instrument that provides a great foundation for everything else.

NWMS: It think it’s such a cool setup that you play bass and he plays drums, you don’t see that often. The only thing that I can think of following your style are Royal Blood.

Keeler: I got to know the Royal Blood guys and really like them and some of our first conversations were around them being compared to us. I told them that I hoped that all those years we were asked, “Why don’t you have a guitar player?” have made it easier for them.

Keeler: I have another band called MSTRKRFT which is an electronic music duo and many years ago was being compared to Daft Punk, and then I met Thomas and I brought it up to him. Then he told me that when they started off everyone was calling them the new Chemical Brothers. I guess that’s what happens when it’s hard to be put in a box. It’s easier to give people a point of reference instead of finding a whole new way of explaining something.

NWMS: Since you mentioned MSTRKRFT, what does the future look like for that project?

Keeler: Seeing that you’ve caught me at a very honest time, I’ll tell you. We’re about halfway done with our record and I really like it, and more or less, when I’m not working on one band I’m working on another. The nice thing with that is we work from my home studio so it makes it easy to stop, pick up the kids, do normal dad stuff.

NWMS: Do you still live in Toronto?

Keeler: I feel weird saying this at all, as a person who grew up really poor, but I have two houses. One in the city and I have a farm a couple of hours outside of the city.

NWMS: You’ve started the tour recently, what is it like being out on the road again with this record?

Keeler: I’ve never been more excited to go on a tour, thinking about it. When I was younger I didn’t really like going on tour because I felt like performing was the end of the music creation process. You see these videos of artists at a very young age on stage, and that was never me. Not one cell in my body wanted to be on the stage for any reason, I didn’t want to be in front of people. I really love making music though and if you want to share it with people you have to go out and play it for them. In the last tour cycle when we had new songs to play again by the end of the touring for that, I listened to the live recordings and could see how much the songs continued to grow. I listened to how they had evolved and thought that touring is a great way to keep working on them. That has been my attitude with this record as well, and already I’ve seen a difference in adding to the songs. It lets me keep being creative and that has completely changed touring for me.

NWMS: I think that is a great way of seeing it and I’m sure the fans appreciate you sharing your art with them.

Keeler: I have a sister who is exponentially more talented than me but I had to twist her arm to record anything with me and it was just one song. She doesn’t want to really share her work, if you’ve seen the Robert Crumb documentary, I’m Crumb and she’s his older brother. Making incredible music but doesn’t want to share it with anyone, so I’ve acknowledged that I have to get out there if I want to show it to people. It’s part of expressing my art and I’m enjoying it.