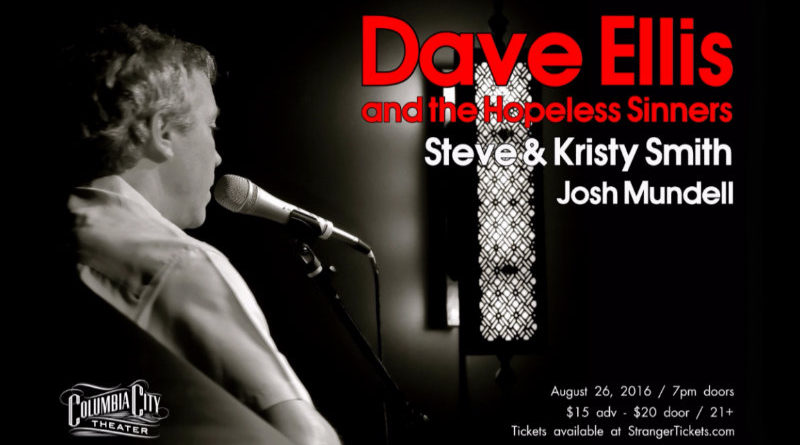 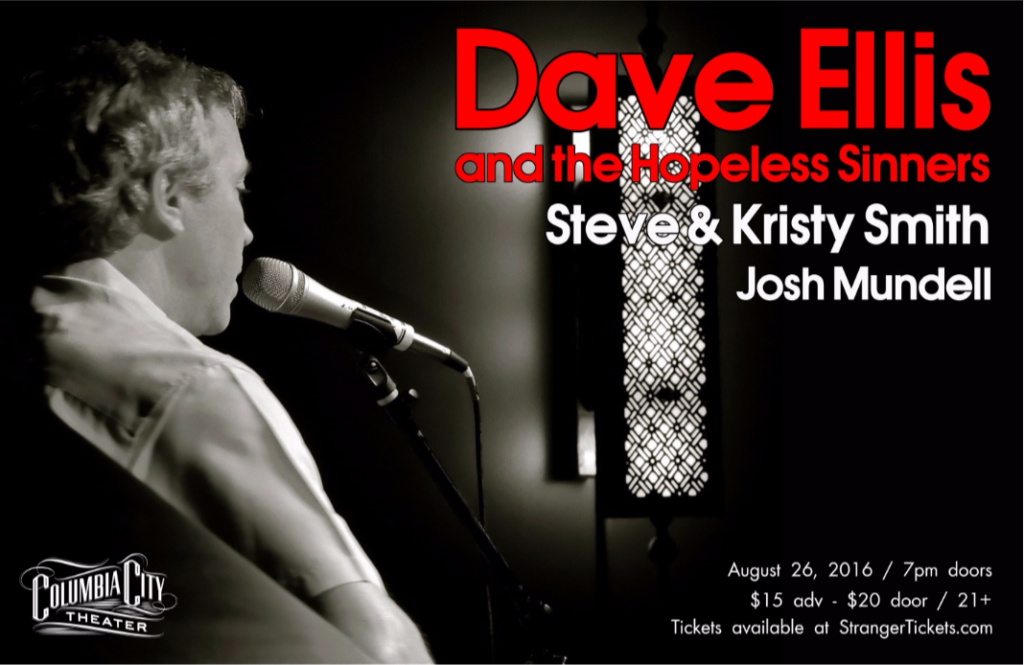 Americana Singer Songwriter Dave Ellis brings his band of incredible players: Ben Smith (Heart), Gary Shelton (Jesse Colin Young), Terry Lauber and John Morton, to the Columbia City Theater Main Stage on Friday August 26, 2016. The band performs songs from their much-admired album ‘Everything In Between.’ Dave and the guys offer a wide range of genres covered from country to blues, in a soulful heartfelt combination. If you know Dave’s story, this is a show not to be missed.

Dave has given us over 4 decades of amazing songwriting and vocals.   He has shared stages with everyone from Rickie Lee Jones to The Beach Boys.  No doubt the show will be memorable for many many reasons.

Supporting Dave Ellis and the Hopeless Sinners are Dave’s dear friends Steve & Kristy Smith (who bring simple, honest music to the stage) and Josh Mundell (a young, up and coming Seattle singer songwriter). This package creates a perfect evening of honest organic music – the kind of stuff the Columbia City Theater is best known for.

Maurice Jones Jr. Operations Manager and resident producer for the theater, says “I have known and played with Dave Ellis for so long now that I could not be happier to see him up on the Columbia City Theater main stage keeping the traditional alive with so many legends who have passed through our precious gem of a 99 year old Columbia City Theater”.

Tickets are available for purchase via www.columbiacitytheater.com/events/35494589/dave-ellis-amp-the-hopeless-sinners.