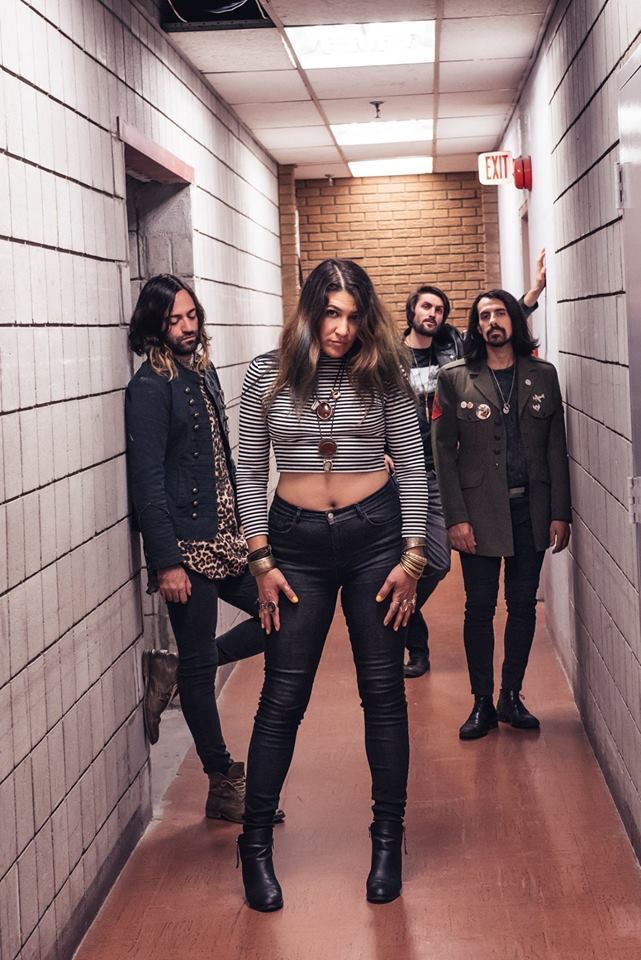 Over the years, Canada has given us a lot of great bands; Neil Young , Alanis Morrisette, Arcade Fire, Bryan Adams, The Guess Who, BTO, Rush and many more.

Well, now there’s a new name you can add to that list; The Damn Truth.

Singer-guitarist Lee-la Baum has been called the love child of Robert Plant and Janis Joplin; mixing up the best of the classic rock the band loves with the indie energy of their hometown Montreal scene.

The band is here to introduce their new album (their 2nd), Devilish Folk, meet their American fans, and promote the new single, “White Lies”.

But the journey to get here has been a Behind The Music tale of drama, misfortune, and lucky breaks.

For example, you could say there’s nothing more rock n’ roll than your van blowing up in the middle of your biggest national tour to date. Unless of course, you’re The Damn Truth, and you’ve barely escaped with just the clothes on your back while most everything else is up in flames. And, oh yeah, it’s pitch black in the middle of nowhere in the northern Canadian backwoods. And you’ve got your 3-year old son and his babysitter also on board. And, did we mention it’s in the middle of winter – A Canadian winter.

Tickets to their Funhouse performance on March 22nd can be found here.