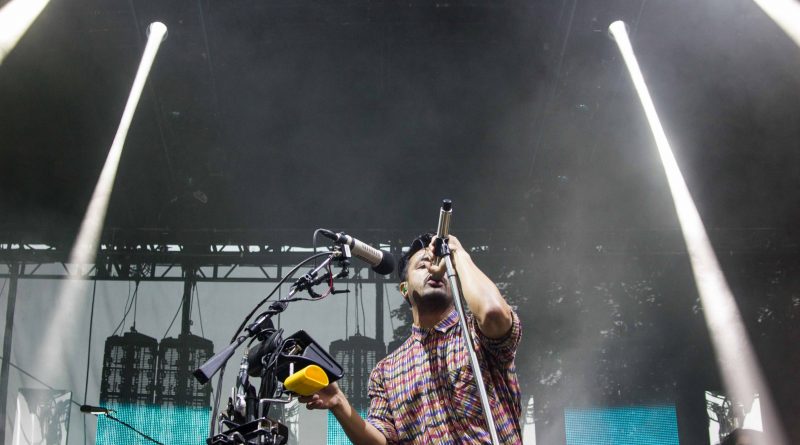 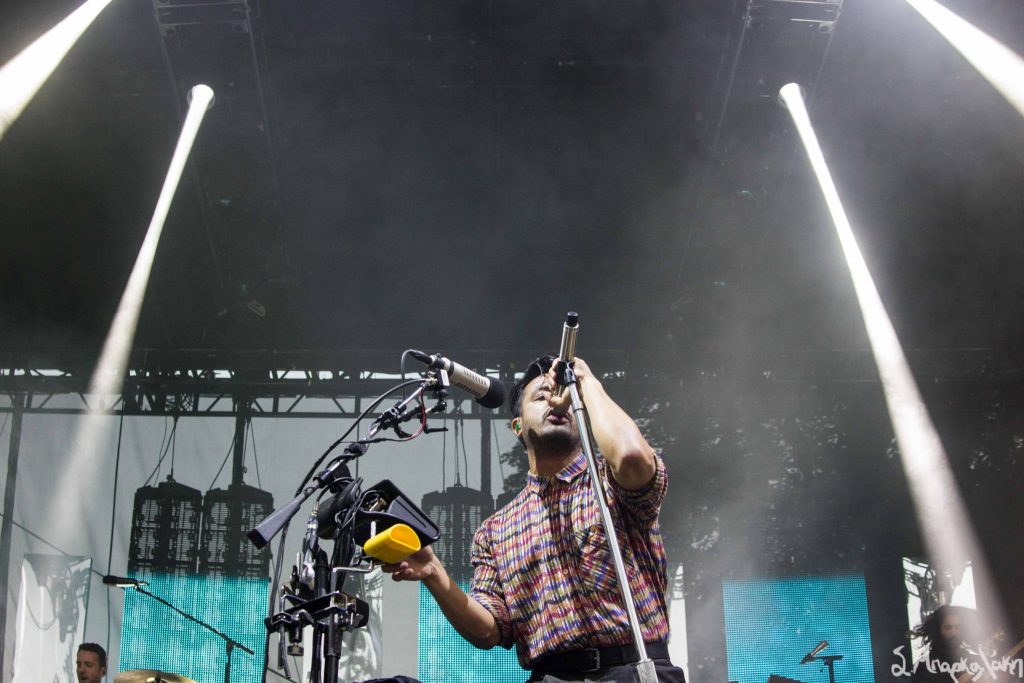 It was the perfect summer day in Seattle to attend a concert at Marymoor Park and that is exactly what we did, (after watching the Blue Angels of course). We headed over on the warm Sunday afternoon ready to enjoy some of our favorite artists perform at the best outdoor venue near the city. We’ve been looking forward to Young the Giant to come through town, bringing another favorite, Fitz and the Tantrums, and introduce us to the rising COIN. Access was easy to the park along with parking and we were in perfect position for the opener starting right at six.

The outdoor venue was already looking full when the indie pop band COIN came on the stage to kick off the concert. The band consisting of lead singer Chase Lawrence, Ryan Winnen, and Joe Memmel formed in Nashville back in 2012. They picked up some steam with the release of their second album, How Will You Know If You Never Try, and are due to release their third record later this year. Their latest single “Crash My Car,” is a good way to get acquainted if you’d like to start somewhere. Lawrence was very engaged with the audience from early on and even picked up a bouquet of sunflowers a fan gifted to him during their set. Highlights included, “Talk Too Much,” “Run,” “Malibu 1992,”and “I Don’t Wanna Dance.” 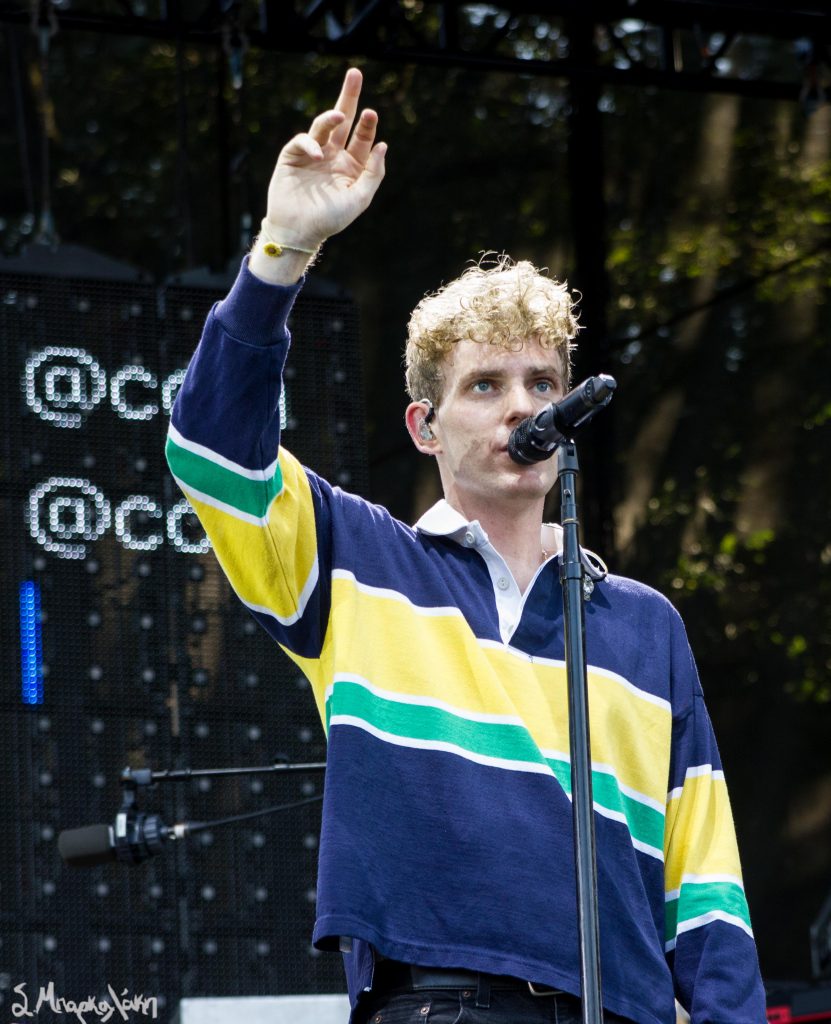 As the warm day began to slowly get cooler next up was one of LA’s finest, Fitz and the Tantrums. Known for their energetic live performances they stepped out right away giving it their best. It’s hard not to move to the catchy pop tunes along with lead singers Michael Fitzpatrick and Noelle Scaggs. They are on a mission to create a good time and that is exactly what they do each time a new song begins. They have released a few singles during this year that are leading up to the release of their full length, All The Feels, coming out in September. The EP is very cleverly named, Partial Feels, and we can’t wait to hear more of the feels later.

Their soulful voices are a perfect blend complimenting each other making it easy for the audience to give their full attention. The stage area was full of people dancing around and even people seated around the grass were enjoying the vibe they were bringing. Highlights included big hit “Out Of My League,” “Handclap,” “The Walker,” and “Moneygrabber.” This is a group you definitely want to see live as they keep elevating the level of energy in the space they are playing. 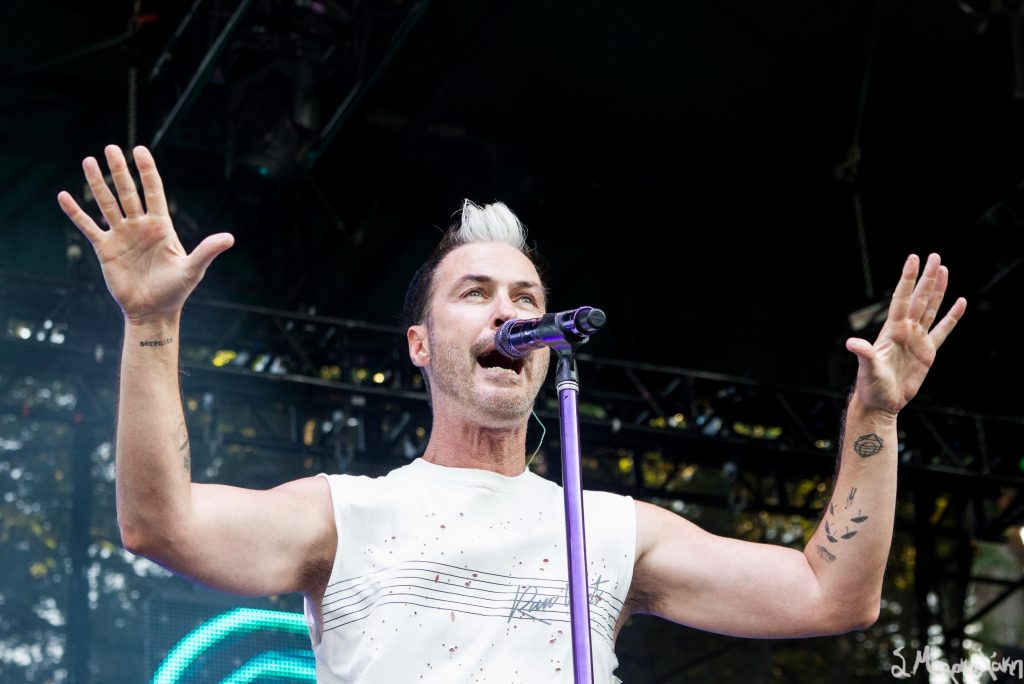 It didn’t take a long time to switch between sets as Marymoor’s strict curfew was slowly creeping on us. This brought out the headliner of the event, Young the Giant. We can never get enough of seeing this band perform and as soon as lead singer Sameer Gadhia sings the first verse we know exactly why. Not only does the band write great tunes, Gadhia’s voice is something quite special to enjoy. The way he emphasizes his words, the way he hits those notes, the way he gets into it and his hair goes all over the place, we can’t take our eyes off of him.

Their fourth record, Mirror Master, brought a more upbeat side that we really enjoyed but also a variety of slower heartbreak songs, including our favorite, “Panoramic Girl.” Everyone on stage was bringing their best game getting the crowd in the mood for a memorable night. As the stars slowly appeared in the sky and the barn lights lit around the space, we stood for a moment and took in this special performance. We listened to some of our favorites including, “Mind Over Matter,” “Something to Believe In,” “Apartment,” and “Cough Syrup,” as we slowly realized just how many hits this band has had. 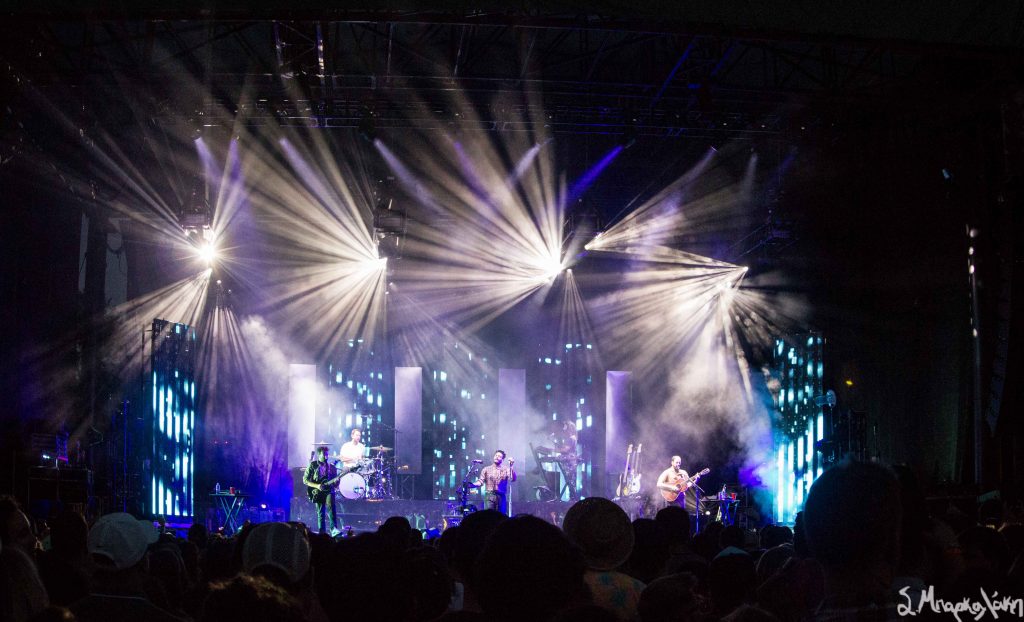 They returned for the encore which escalated the enthusiasm with tracks, “Superposition,” dance earworm “Tightrope,” before ending the show with big hit, “My Body.” It was a great way to finish off a sunny Seattle weekend and we’re absolutely happy we made it out to Redmond for this. It feels like every time we see YTG perform they keep getting better and better. It’s been incredible to watch them grow through these last few years and we can’t wait to see where the future will take them.