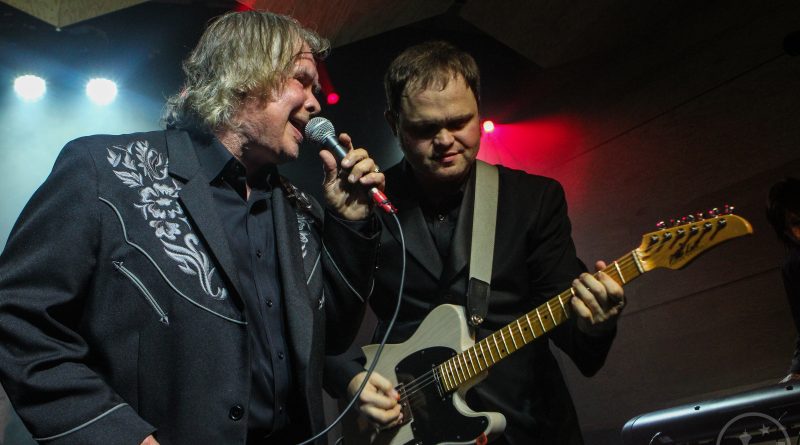 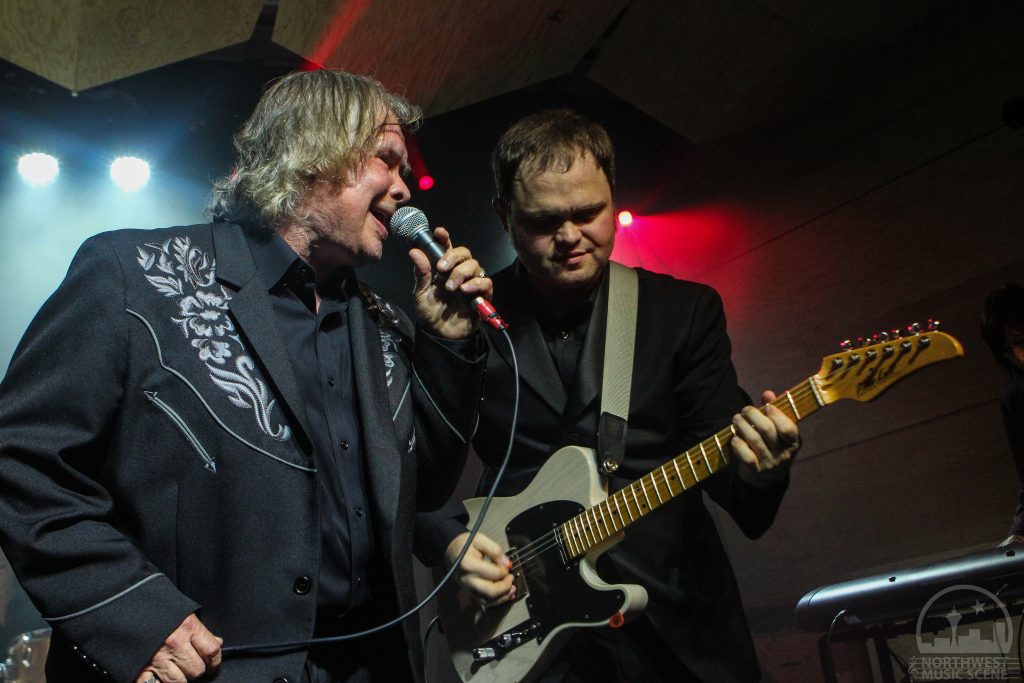 Most long-time readers of this website know by now how we feel about The Sonics out of Tacoma, Wa. We’ve long insinuated that they are probably the most important band to come out of the northwest in terms of influencing other bands. Okay fine, if not the most important, then certainly very high on the list. There will always be somewhat viable arguments to be made as to why each of the bands that broke from this region are more  important than the others and on the grand scale it probably doesn’t matter as long as they all get their just due. But The Sonics are the most most important, just saying.

On Sunday though, that garage rock band that is widely known as the architects of a raw, gritty sound that eventually opened the door to punk rock, played Alma Mater in their hometown, for the first time since 2012 and before that it had literally been decades since they took the stage in Grit City.

Before The Sonics came out on this night, a Seattle/New York band that has been making waves over the last few years, Acid Tongue opened up what would turn out to be a special night. Acid Tongue has a sound that’s a bit hard to pin down, one minute they are locked in to a fuzzed out psychedelic groove straight out of the 70s and the next minute, a bright and cheery sounding indie rock riff. On this drizzly northwest Sunday night they brought a fierce energy to the stage opening up for their idols. The band, led by charismatic frontman Guy Keltner, made sure to verbally pay homage to The Sonics but for the most part, paid homage in another way, by delivering an energetic set that had the crowd up front and moving, long before the headliners took the stage. Highly recommend catching them if you get the chance. 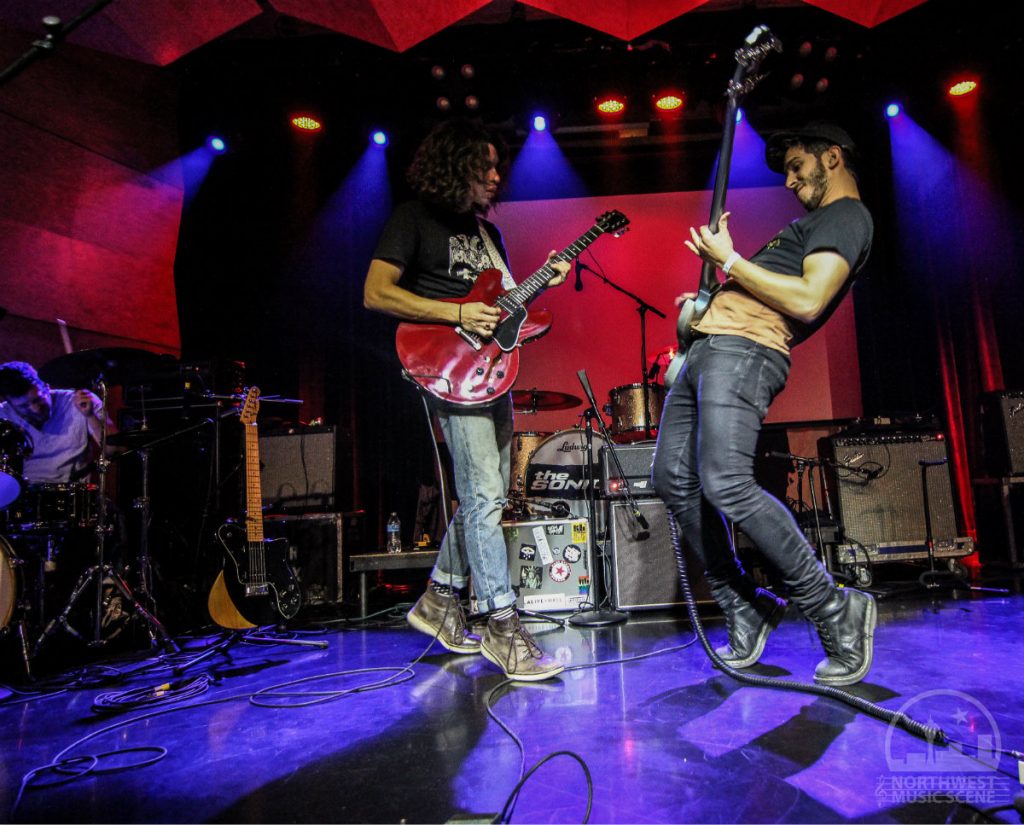 At around 9:00 p.m. the house lights went down and on the screen set up behind the drum kit a play button appeared. Once activated, the play button gave way to the brand new trailer for the much anticipated documentary by Jordan Albertsen called BOOM, which is of course a film about The Sonics. The short trailer got a great response from the crowd with thunderous cheers and applause and was a great way to get everyone on the same page, not that they weren’t already. NOTE: The film will debut in Tacoma on October 11, more on that later though.

Although this isn’t exactly the same band that started playing in the early 60s, in fact Rob Lind remains as the only founding member who plays live, you sure couldn’t have figured that out from the audience response. As this current lineup blasted into the setlist, the Alma Mater began to get louder and more rambunctious seemingly with each note. The fourth song of the night “Have Love Will Travel” brought the energy up to the next level and judging by the amount of bouncing, dancing and singing, everyone in the place was having a good time and it would only get better from there. 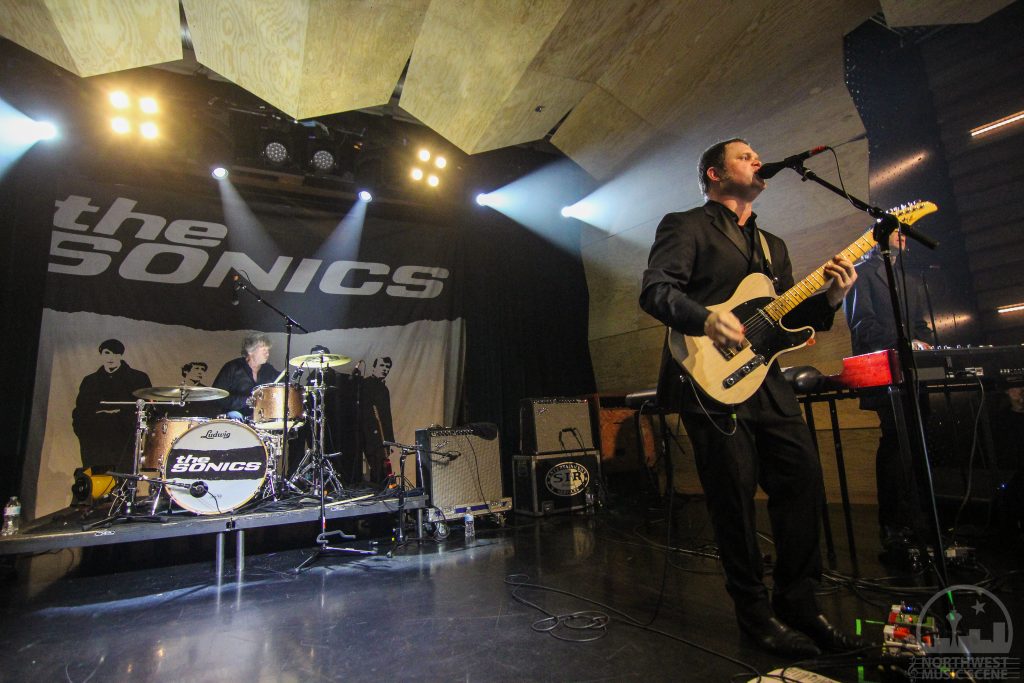 Rob Lind took ample time throughout the show to tell the story of the band and to share little nuggets of information about some of the songs they were playing, especially highlighting some of the recording equipment (that was on display in the lobby of Alma Mater) that they used on their songs way back in the day.

Not quite halfway into the 22-song set, the band brought out Freddie Dennis who got a massive response from the crowd. Although a few medical issues recently have kept Freddie from the road and have found Don Wilhelm playing bass and singing most of the songs as of late, Dennis, who spent more time on lead vocals than any other Sonic, grabbed the mic and delivered a spirited performance on “Hard Way” and “Little Sister” and he sounded great. His voice was sharp and he was clearly having a great time engaging with the crowd and the other members. Hugging the rest of the band as he left the stage, it was pretty evident that they miss him. Not to take anything away from Wilhelm, he does a fine job in the role, in fact it’s not unfamiliar territory for him. When the band first reunited in 2007, Wilhelm was in this very role, before giving way to Dennis a few years later. 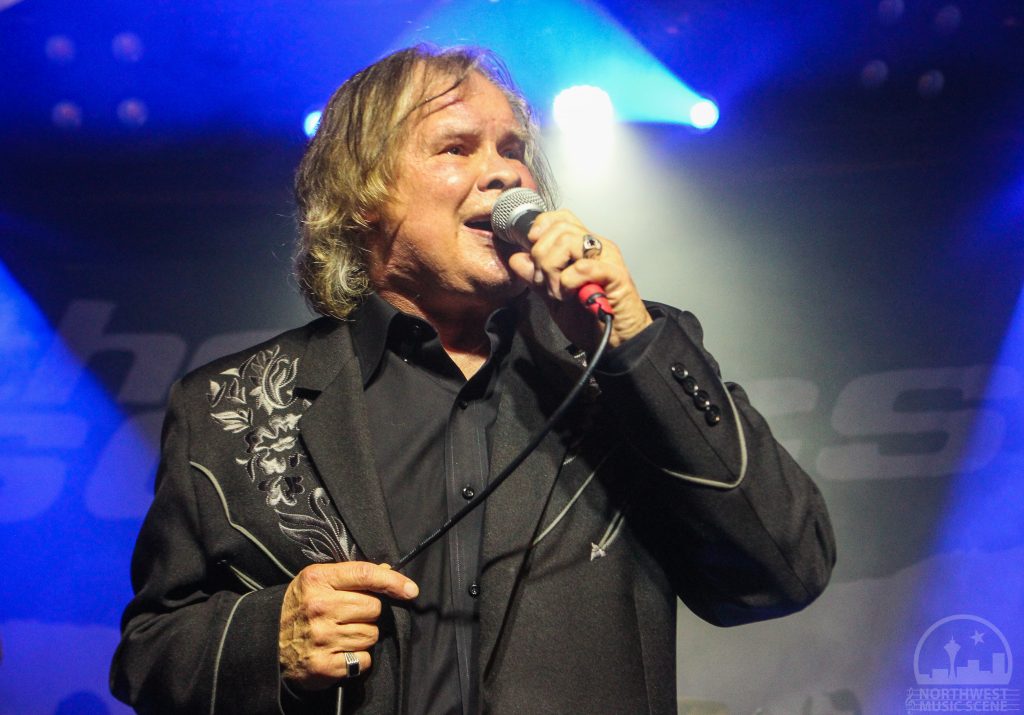 What would a Tacoma show by The Sonics be like without “Louie, Louie” in the set? The band made sure that question didn’t need to be answered and they stepped on the throttle and played it their way. Guitarist Evan Foster, who was ripping and shredding all night, somehow seemed to turn things up another notch on their rendition, which turns The Wailer’s classic into a garage rock banger.

Along with Foster, Wilhelm and Lind, Jake Cavaliere and Dusty Watson held up their ends of the bargain, with Cavaliere showing off superior keyboard chops and Watson energetically delivering another flawless performance behind the kit. Cavaliere also contributed backing vocals throughout the set and lead vocals on a few tunes, including a new Sonics song he wrote called “Please Get Back in the Car” that got the crowd pumping their fists in the air in unison. 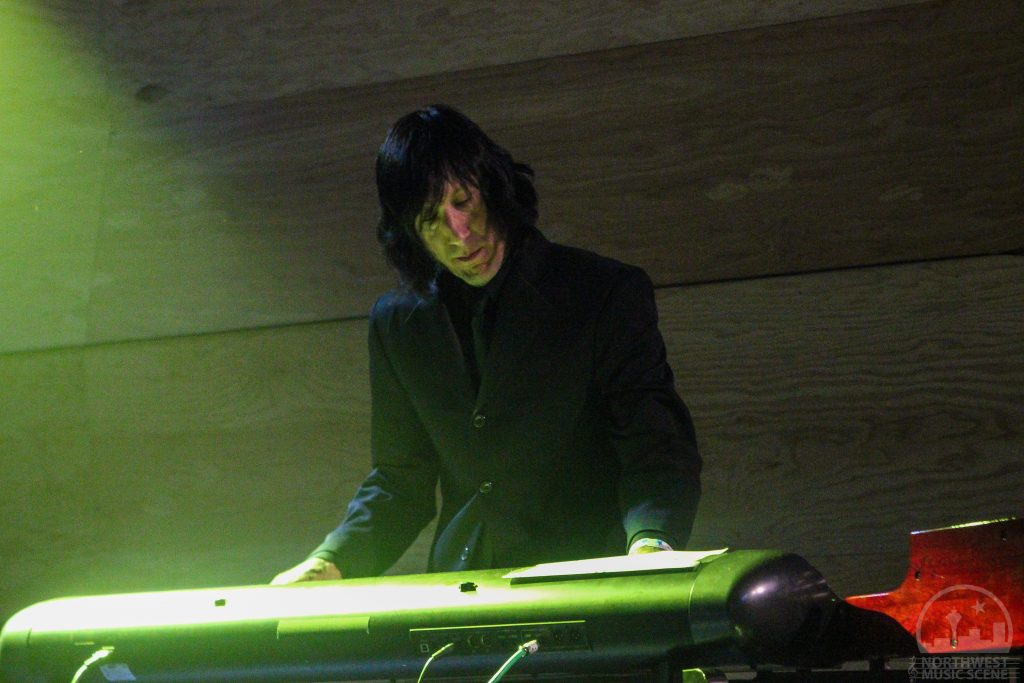 The main set concluded with a blazing performance of “Strychnine” and after a few minutes of ear-splitting howls, the band came back out for a three-song encore that once again featured Freddie Dennis. The last song of the night was of course “The Witch” and had the fans that were near the stage moshing, jumping and flailing in every possible way – at 11:00 p.m. on a wet Sunday night in Tacoma.

After the last song, as the band took a bow, it was clear The Sonics’ return to the stage in their hometown was triumphant. 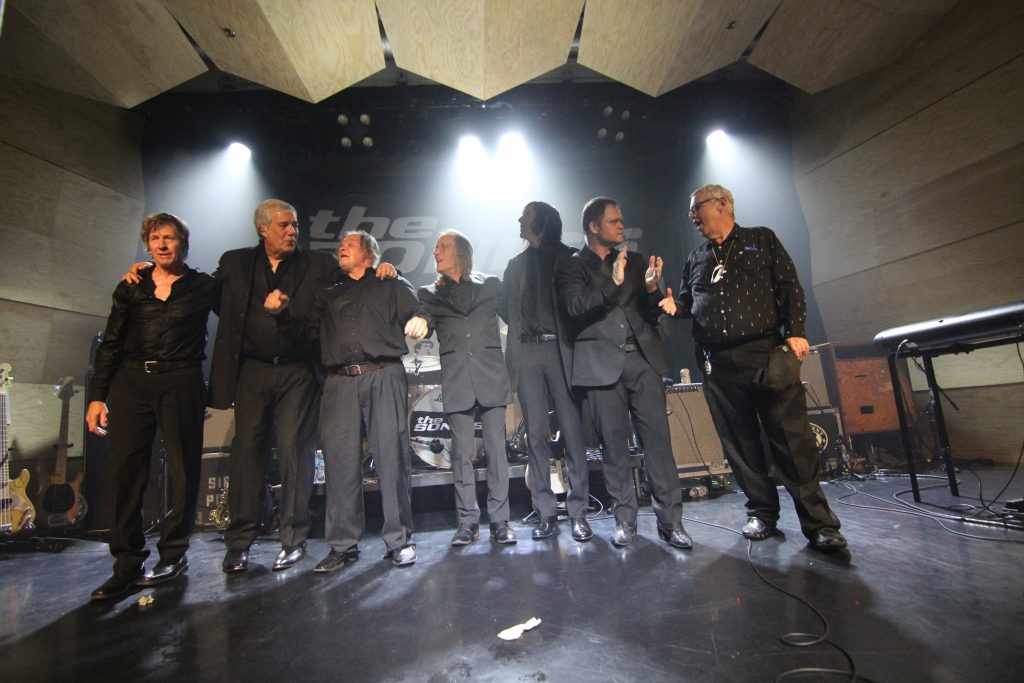