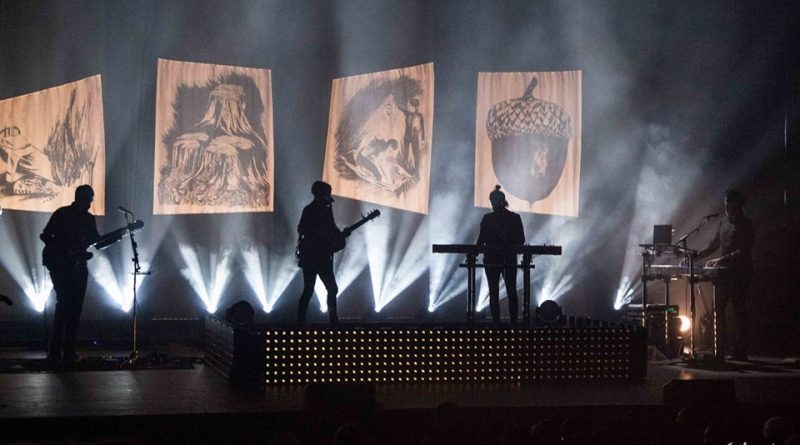 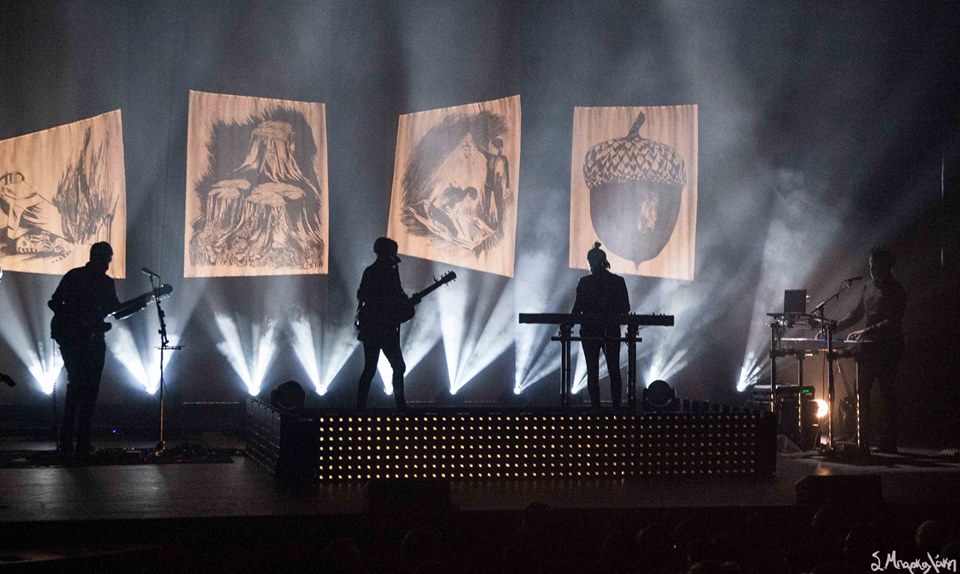 Our favorite Canadian twins, Tegan and Sara were back in town almost a year after their last show in support of their Con X Tour. The album produced by Death Cab‘s Chris Walla was a fan favorite and became one of their most important releases. Along with the tour they announced a covers record to celebrate some of our favorite tunes by some of our favorite artists, including CHVRCHES, Bleachers, PVRIS, Ryan Adams, and Williams of Paramore. All proceeds go to their newly launched Tegan and Sara Foundation supporting LGBTQ women and girls.

The packed Moore theater filled with sound when the first notes echoed a little past eight-thirty as the Quin sisters stepped on the small platform in the middle of the stage. Their background was some original art banners from the tour era ten years ago. Two touring members joined them, a guitarist and keyboardist, as the setup focused more on an intimate acoustic set without a drummer. 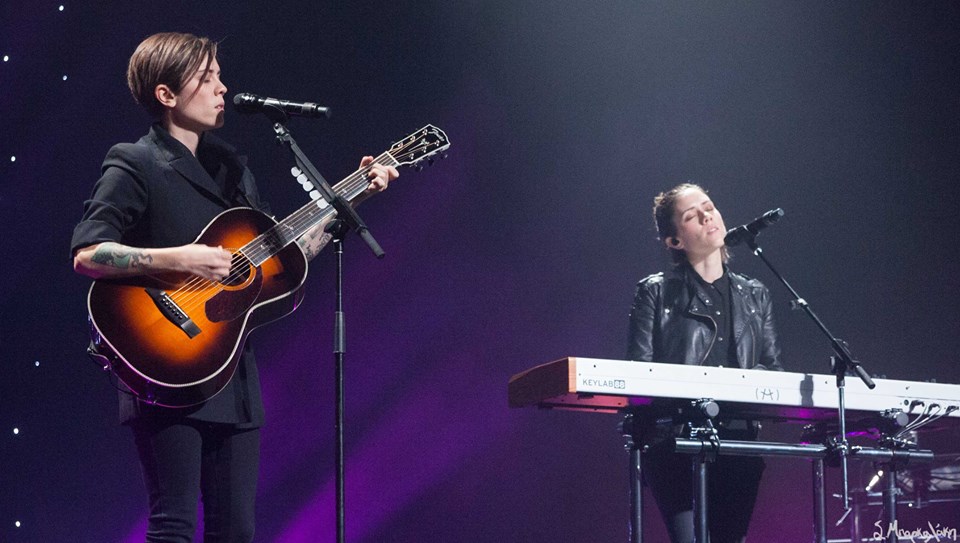 The Con was played in sequence where we heard all 14 tracks from the release as Tegan mostly played guitar and Sara usually stood behind her keyboard. The songs had some new arrangements that brought a new mood to most, never taking away from the originals but shaping them in a fresh way. Of course there is abundant banter at a T&S show and this night was no exception. The duo remains so open and bluntly real, something they have held on to even after their success in the last few years. It’s why they have gathered so many loyal fans throughout the years and that is a big reason they keep coming back.

Their stories draw you in and at times you think that if they ever decided to do stand-up, you would go and probably have a blast. The rest of the eight songs included in their setlist were very well picked out as they kept the same mood going. They played, “The Ocean,” and “Red Belt,” songs that we like a lot but have not heard in a long time. Also their collaboration with Matthew Dear, “Bad Ones,” was part of it that was a little unexpected but still enjoyable. The night finished strong with their biggest hit “Closer,” that brought fans to their feet dancing around singing along. 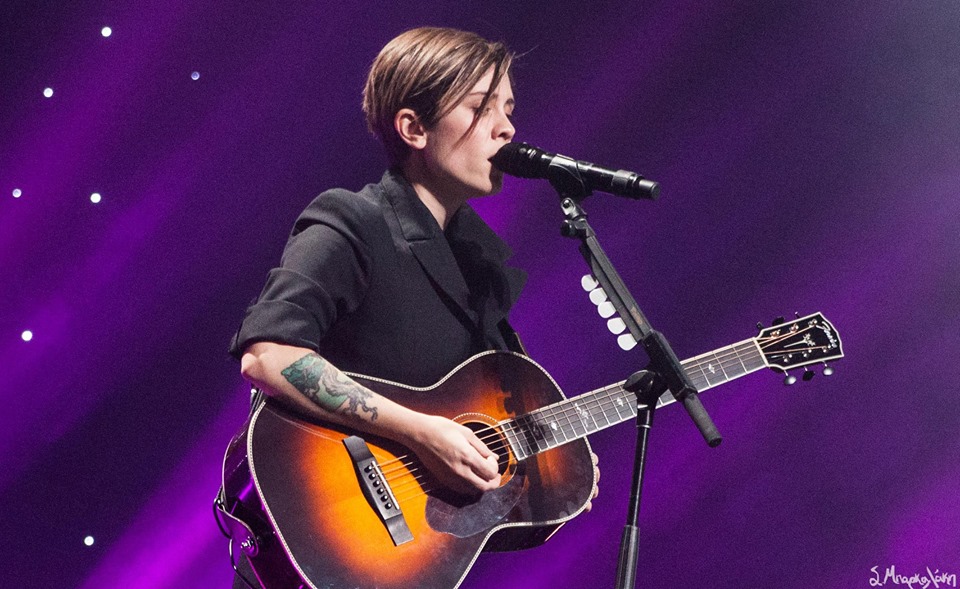 It’s always a good time when these ladies come through town, and tonight felt even closer than last year when they came by as part of their Love You To Death Tour. They keep their focus on the fans and constantly find ways to connect with them on each album cycle. The Con was important for many as it felt like the young songwriters wrote in absolute freedom, a lot of times doing the unexpected. That is what made the record stand out though, their amazing emotion that was felt with each song that played. Hearing all of it tonight after so long in new arrangements was a great way to celebrate something that meant so much to a lot of fans who were there.