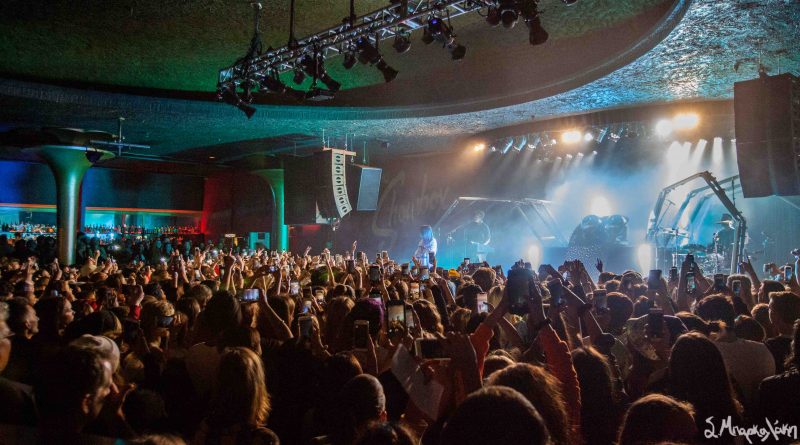 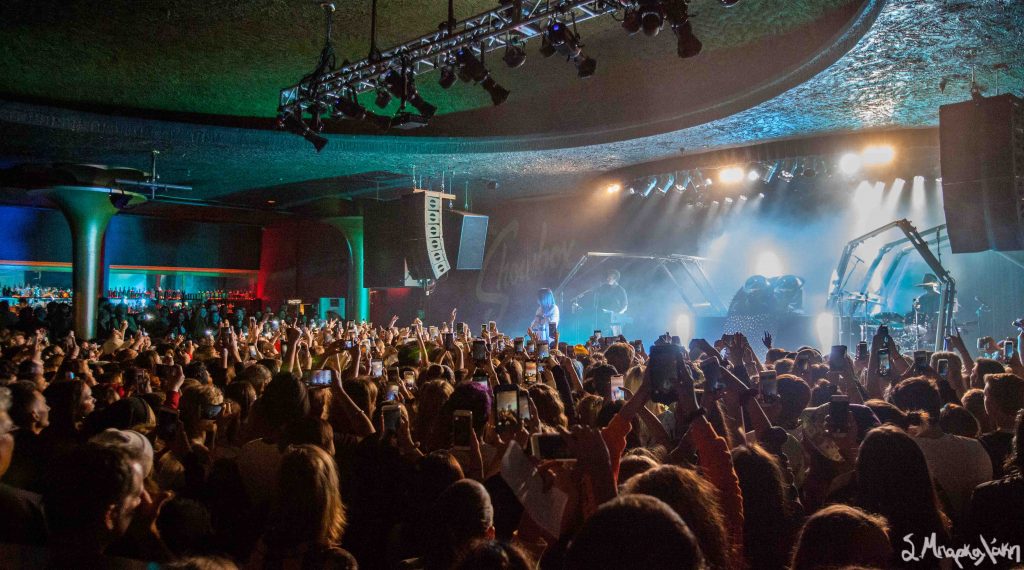 Billie Eilish, the incredible sixteen year old who has taken the last year and made it her creative playhouse was in town for a sold out show at the Showbox Market. Her mesmerizing voice which feels larger than her sometimes, has touched and moved listeners, earning her a wide following. Her debut single, “Ocean Eyes,” alone has accumulated over 140 million streams on Spotify leaving little doubt of her influence in the music world.

It’s not often we get to attend an all-ages show but tonight was one of those rare occasions. Walking into the Showbox we immediately noticed how young the crowd was and how excited they were. This was probably the first concert for many and it was a nice reminder of just how important that is for people and how big that feels. 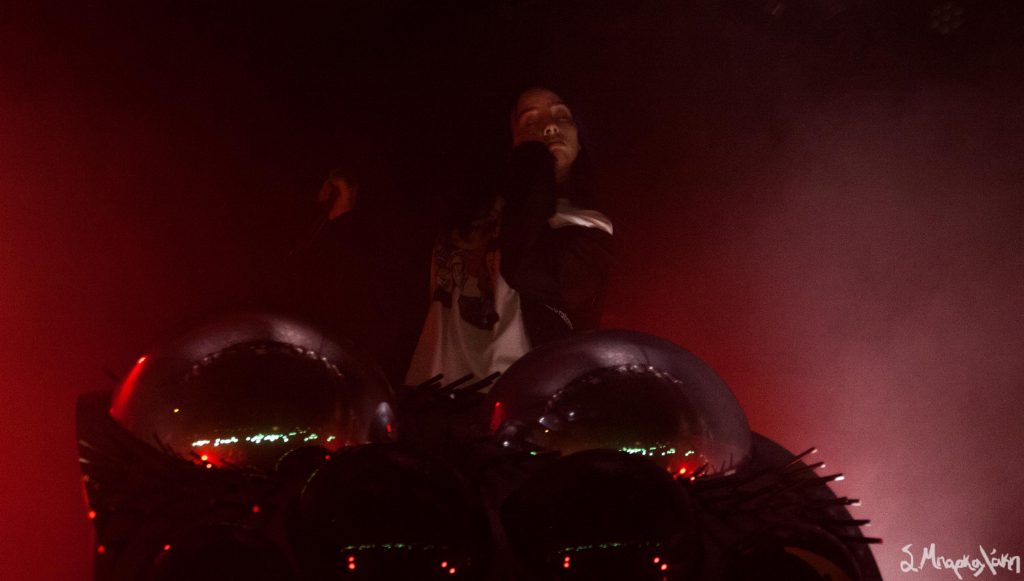 Eilish’s fashion influence has reminded me of being a young teenager in 1995 and it felt really comforting to walk into a room filled with clothes I would’ve worn then, now. The line at her merch stand did not seem to end and most of the fans were also influenced by her baggy style wanting to follow in her footsteps.

Right before it was time for her to take the stage one of her team members stepped onstage and asked everyone to take a few steps back and to be aware of people around them, knowing her shows get a little intense. Fans were already screaming her name and you could tell that a lot of them would be pulled out of the pit during the night. 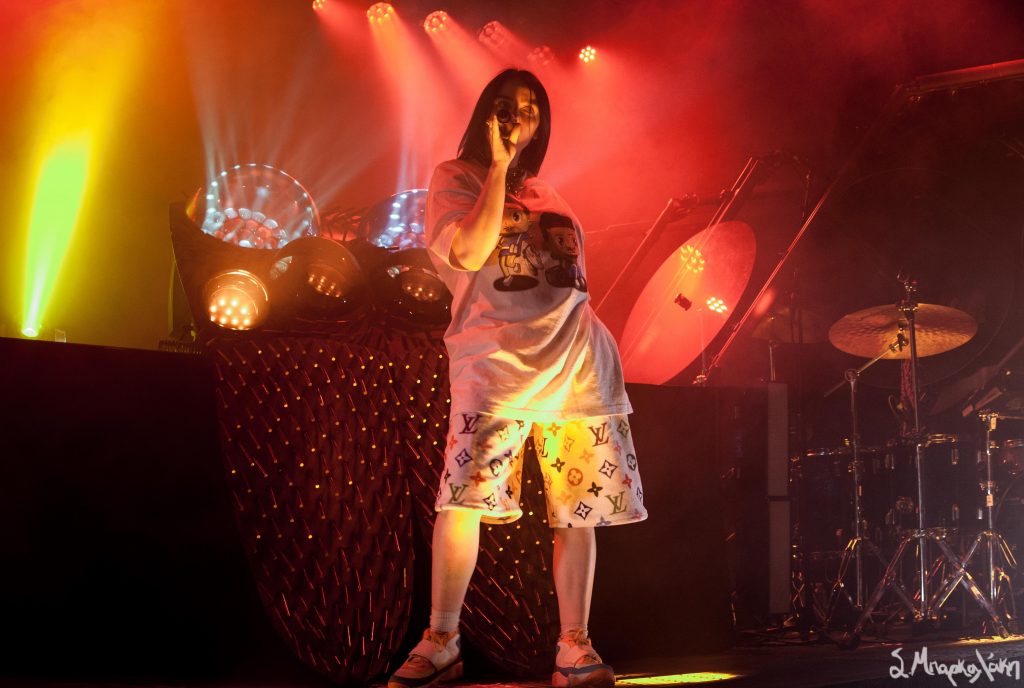 The young starlet walked to the stage and took her place behind the props in the middle, waiting for the show to start. The design of the stage was a spider with the legs creating arches for her two musicians to be under them. She came out behind the eyes and started the night with “My Boy,” as overexcited fans screamed her name. It took seconds before security had to pull people out of the pit creating a little bit of a chaos but they handled it well throughout the night. Eilish herself would stop every now and then and tell people to take a step back and to watch out for each other.

She was sporting a pair of oversized LV shorts along with a baggy shirt and retro Nike’s from the 90s. Her voice was even more powerful in person and she proved that early on when she serenaded us with her Khalid collaboration, “Lovely.” The night had many high points but was also filled with heartfelt ballads, all followed along by the audience who knew every word and made sure Eilish did too. They did not miss a chance to show how much they were into it and I’ve never seen so many phones in the air at a show. 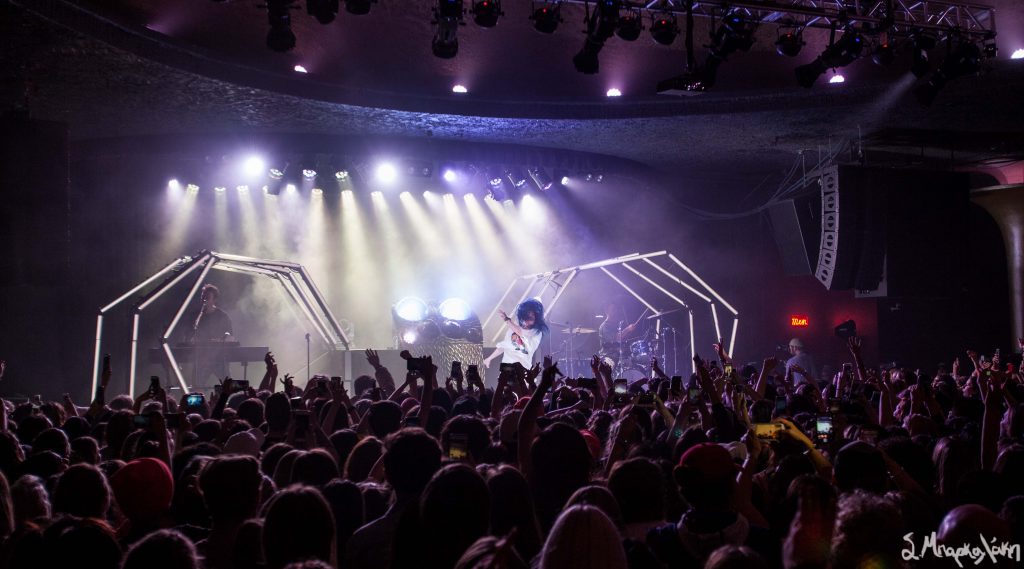 There were a few moments that one of her band members, who happens to be her brother and creative partner Finneas, joined her for a little dance routine in the front of the stage. Both backing musicians were wearing clothes that had Billie written all over them which was really cool. It’s incredible to see just how much power music has over people. Eilish has released one EP, “Don’t Smile at Me,” and she has reached so many people feeling the same way communicating with them unknowingly. Perhaps teenagers are lucky to have someone around that can so well put in words a lot of the emotions they are feeling themselves and this night they showed just how much they loved her for that.

Her main set ended with “Hostage,” and “Bellyache,” and after loud cheering she returned to completely destroy the room with “Ocean Eyes,” and “COPYCAT.” I don’t think I have ever heard that room get so loud from the fans and it was something that felt really special. Eilish has something really unique and is filled with multiple talents – we can’t wait to see how they each develop in the coming years. We’re thrilled we got to be a part of such a small show and those opportunities won’t long in the months that follow. 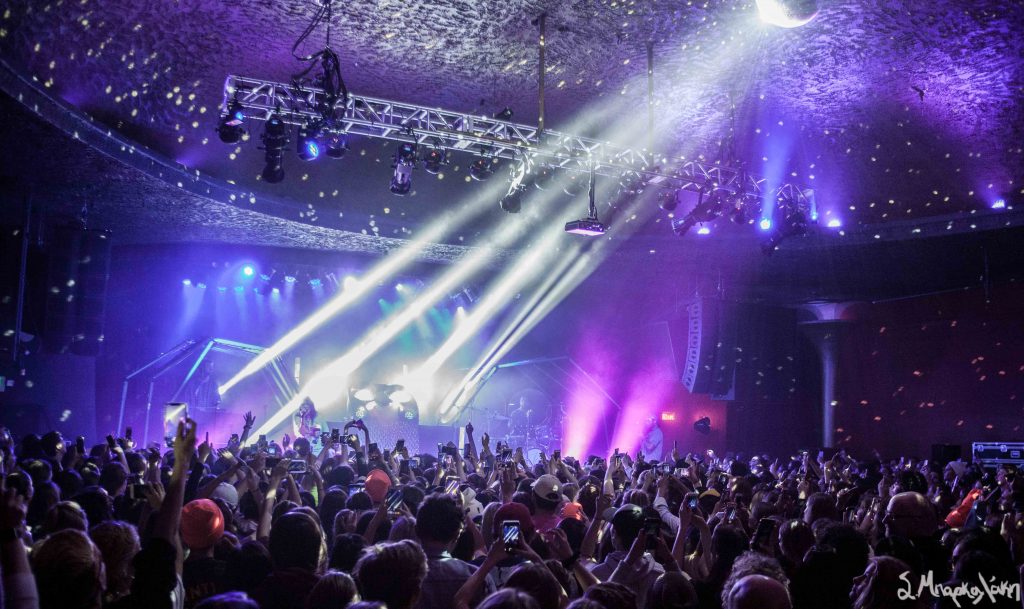