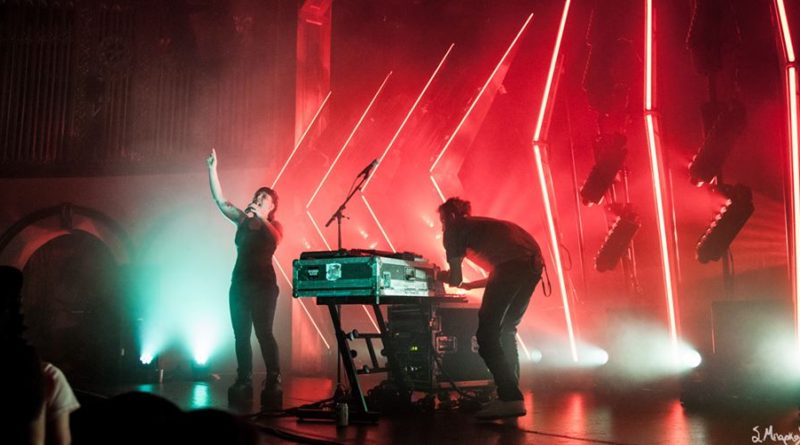 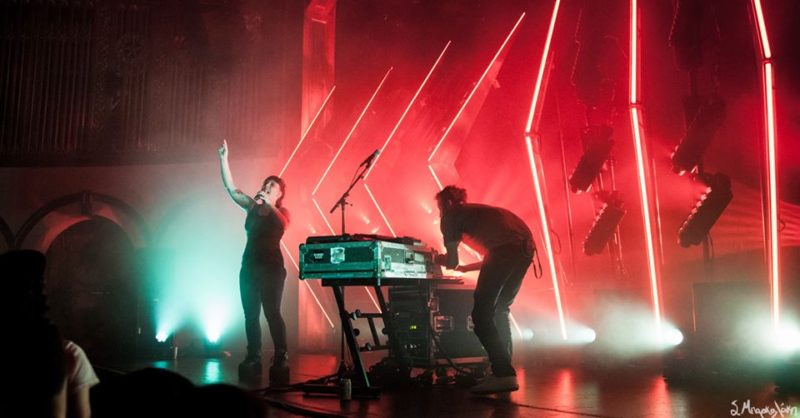 It had been a while since Sylvan Esso played in Seattle, but they marked their return for two sold out shows at the Neptune theater. Their second album, What Now, the much anticipated follow-up to 2014’s eponymous debut, has been received with much excitement and positive reviews.  The indie duo, which consists of Amelia Meath and Nick Sanborn, started forming slowly in 2012 after they met in Milwaukee.  They each mixed their unique musical styles together and the outcome was an organic collaboration that feels perfect. 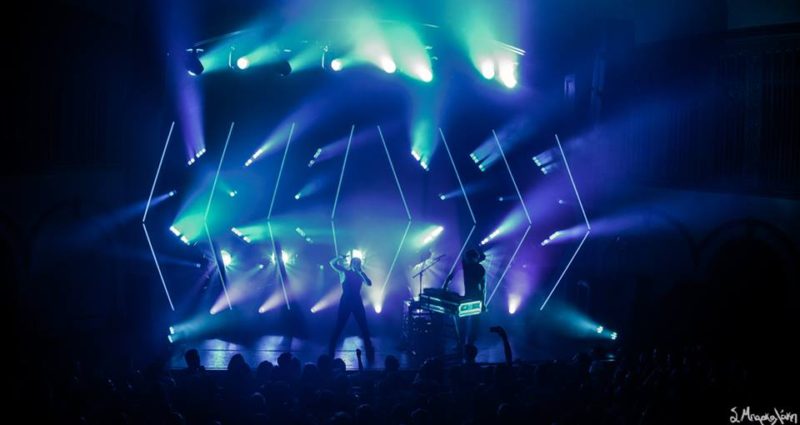 The lights went out in the packed venue and Sanborn walked out alone, taking his place in front of his keyboard setup.  He started off mixing the intro to “Sound,” then a few seconds later Meath’s voice filled the room as she slowly made her way out.  Fans screamed in excitement as she appeared wearing a black tank top, jeans, and black raver platform shoes. 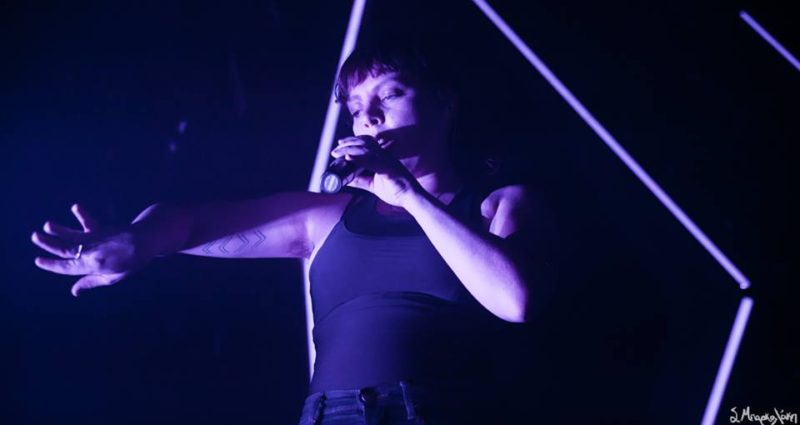 It was only the two of them onstage but the lighting design was exactly what was needed for a perfectly crafted live performance.  The large fixture was made of countless lights, while the eye focused on the eight light panels that were shaped like arrows.  The mastermind behind the amazing sight, Zach Sternberg, has created the perfect balance between the music and right live effect.  As the show progressed the lights became more intriguing as they followed along to the beat synchronized flawlessly. 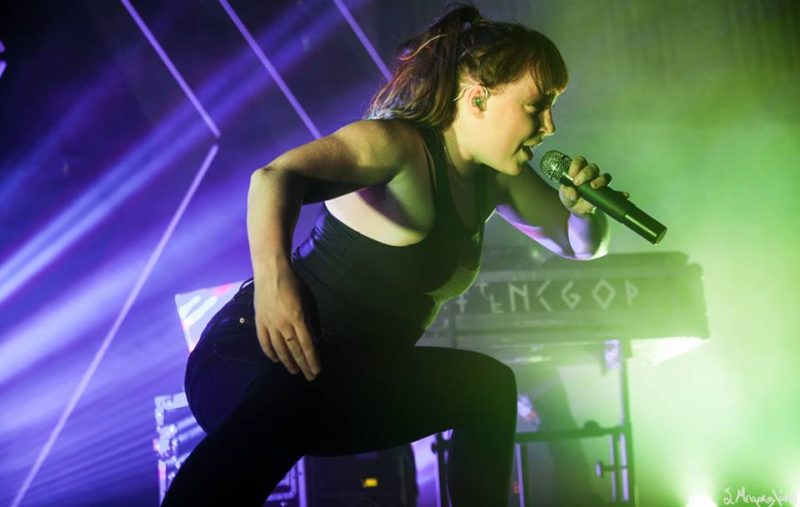 One thing that you wouldn’t really expect just by listening to their records is that their show is a little of a dance party.  Actually, it is a dance party.  The main performer is Meath, constantly moving around, showing us her cool dance styles that make us all jealous.  The crowd was moving their feet the whole set and the vibes were happy.  Their whole tour has been sold out and I’m sure that feeling of joy overflows every time they take the stage. 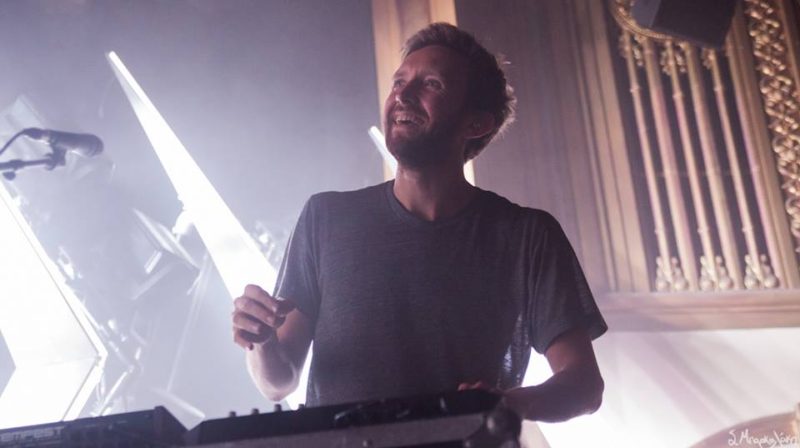 It was a good mixture of songs from both records and admittedly hearing them live made me love them even more.  Older favorites, “Coffee,” “Wolf,” “H.S.K.T.” and “Hey Mami,” stood out but the newer ones, “Radio,” and “Die Young,” were highlights too.  The show closed with “Play It Right,” and large smiles from people who were lucky enough to grab a ticket.  We listed the duo as one of our top Sasquatch acts in 2015 and we’re thrilled that our hunch was correct. 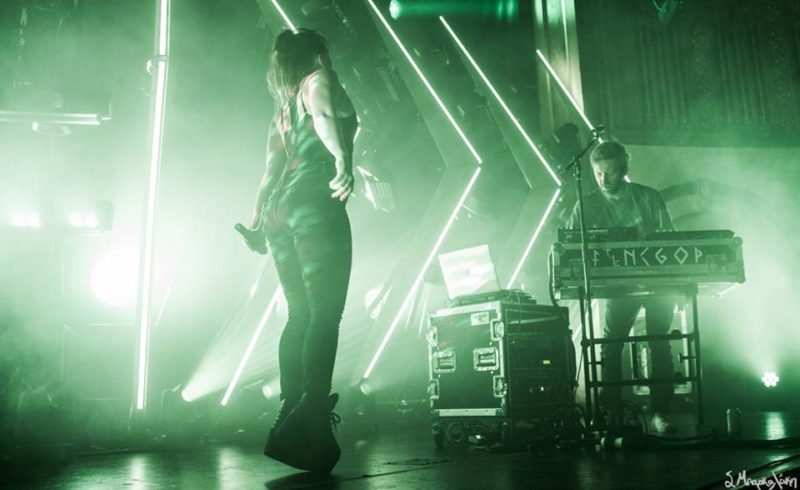