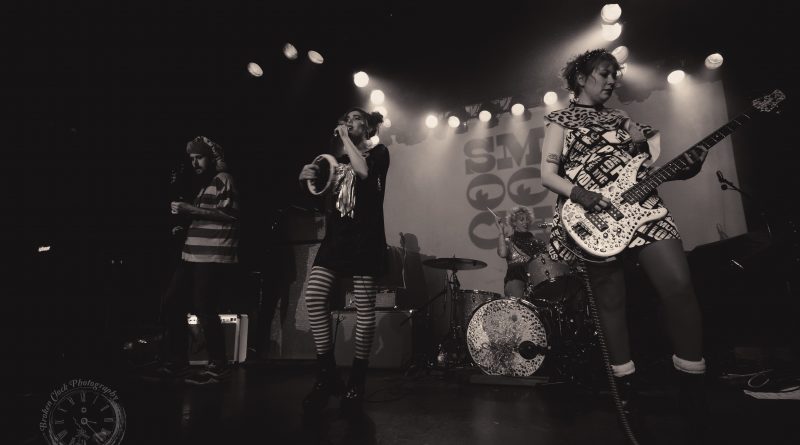 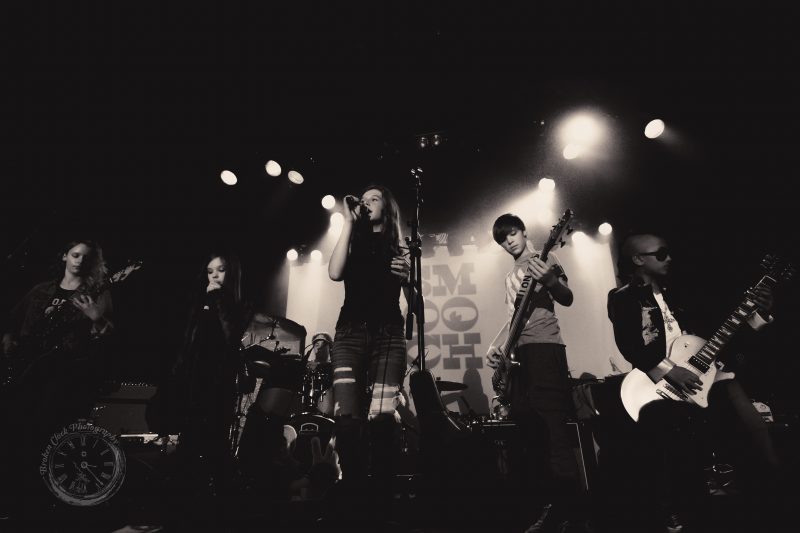 In researching the lineup for this year’s SMooCH (Seattle Musicians for Children’s Hospital), an event hosted by Pete and Brandy Nordstrom in partnership with Sub Pop Records and KEXP, I had one of my favorite kinds of music fan moments.  For just a few seconds I went from the comfort of my bed and flashed to standing on the rail at Seattle’s Showbox Theatre. I saw stage lights and felt the music through my entire self. My lungs and the floor moving to the music of Phantogram. Moments later reality returned and I crashed back into my bed, thinking one, how was this band not on my radar? The next was that I need, need, to see this show!

Since its inception, SMooCH has raised $7,000,000 for Seattle Children’s Hospital’s uncompensated care treating kids regardless of insurance status or parents ability to pay. “SMooCH,” co-founded in 2011 by Pete and Brandy Nordstrom, has a history of great line ups with names like Father John Misty, Macklemore, Carrie Akre, Shelby Earl, Shawn Smith and Allen Stone. 2017 set that already high bar another notch higher with The Dirty Bomb, Tacocat, Built to Spill and Phantogram.  This already massive line up was also supported by first opener and fan favorites School of Rock Issaquah. The VIP experience featured a silent auction and with specialty food and wines. From what I hear I should have snuck a bite or two, but I was on a mission for music and wasn’t going to be distracted by basic needs like food!

First opener School of Rock Issaquah’s house band brought youthful energy and were absolutely magnetic. Was not my first time seeing these talented kids, but it was so fun seeing the growth of their talent and stage presence. I heard a woman next to me say, “If this is our future, I have hope again!” There was a ten year-old mini Lenny Kravitz who shredded the guitar and had the look to back up his evolving rock star status. Covering bands like The Killers with “Mr. Brightside”, their set was a perfect way to start a night focused on helping children and families in need.

Next up and official opener The Dirty Bomb treated us to a set of rock solid Northwest music. I say Northwest because this wasn’t “grunge.” What is grunge anyway, and how come we label everything? This felt like full, well-balanced, rock. The set felt very Seattle and was my musical equivalent to a moment of sunshine on a 53 degree rainy winter day. Frontwoman Brandy Nordstrom on vocals was supported by a stage full of solid talent. Lead guitarist and backup vocalist Wesley Nelson, Burke Thomas on drums, Pete Nordstrom on bass and Ryan Waters sitting in on guitar for Eric Howk (out on tour with Portugal. The Man).

Every musician in The Dirty Bomb had their moment.  Brandy has great smoky vocals and kept the crowd engaged with her infectious rock moves, while Wesley Nelson was so in tune with his guitar it was evident that his soul was off in a happy place which I call “gone.” Those moments when the artist has left the building and it does not matter if they have a crowd or are in a recording booth and in that moment they are totally connected with the music. Also on guitar Ryan Waters of Sade, Liv Warfield, Roadcase Royale. A local favorite and an incredibly talented guitar player Waters has a smile that makes you think he may have placed a whoopie cushion on the sound guy’s chair and leaves you hoping you get to help in the planning next time. His magnetic energy is a positive addition to every project I’ve seen him join and last night was no exception.

Burke Thomas on drums had a style that was basically opposite my initial impression of him. As a first impression he seemed hyper-focused and had an impressive attention to detail. Burke came crashing through the drum kit like the Kool-Aid man, but his aggressive style on the drums highlights his technically solid playing and had heads rocking along from the crowd. Everett was the relaxed bass-playing man in the shadows! With a huge smile on his face, he was relaxed, looked happy and rounded out the rhythm section perfectly. It felt to me that The Dirty Bomb was a stage full of experience and respect and that was a perfect next emotional step for the evening. 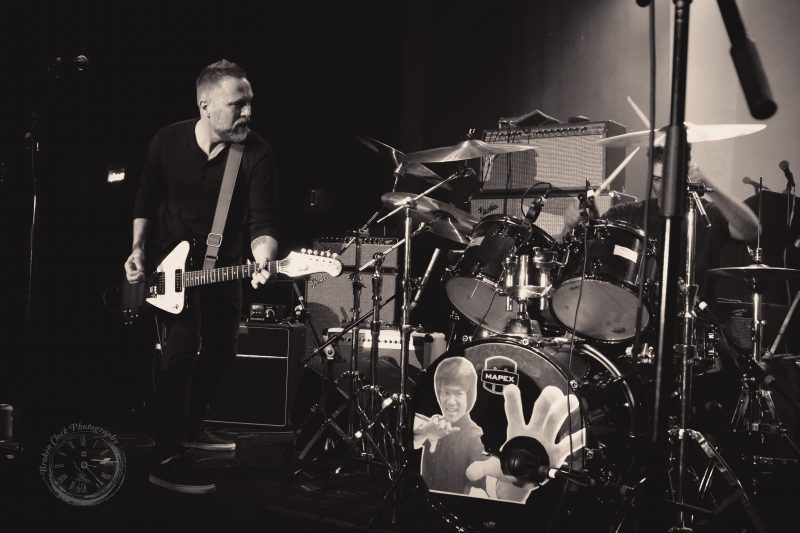 Tacocat… the name says it all.  Playful, funky, tongue in cheek, feminist rock music. The kind of music where you’re singing along happily and you realize suddenly you’re singing about menstruation or mental health issues in your cubicle. It’s like the first time you hear your grandma swear, you like it and it sounds cool, but it also feels totally wrong! Tacocat features lead vocalist Emily Nokes, Bree McKenna on bass, Lelah Maupin on drums and lone wolf Eric Randall on guitar. Super fun to photograph and not a dull moment on that stage. Their gear and style are as colorful as their songs and they were a visual playground for my lens! They were another smart addition to the night and it was great to finally see and shoot them live; there is a reason people are talking about Tacocat. 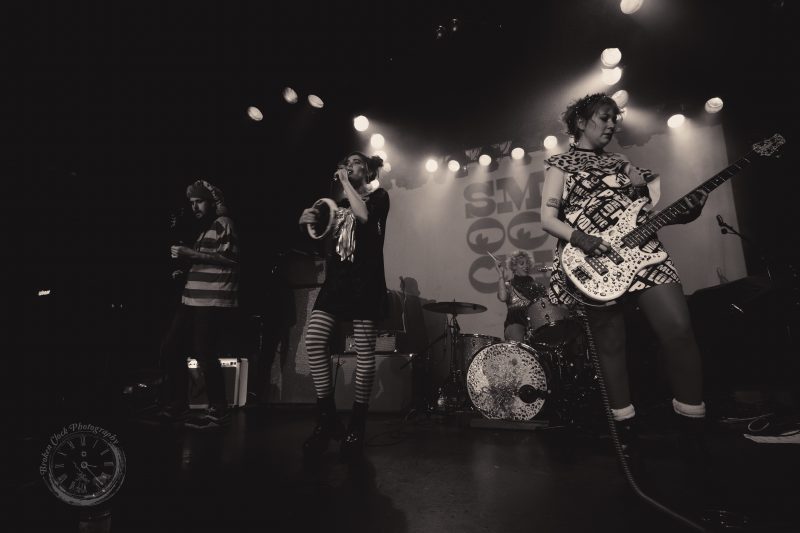 So out of nowhere things get serious, and in my opinion, seriously awesome. Built to Spill took me completely by surprise to a reflective place reminding me that life is fragile but also beautiful if you are paying attention. They are currently a threesome with Doug Martsch on vocals and guitar, Steve Gere on drums, and Jason Albertini holding down bass duties.  Martsch founded Built to Spill in 1992, planning since inception that he would be the only consistent member and have the band evolve. The music is both subtle and totally in-your-face. My reaction to the sound was similar to classical music with my mind wandering to different emotional interpretations of each song.

Martsch has an original music style, and he’s not one to take you away with big huge vocals but instead will catch you by surprise leaving your head and heart processing his guitar and vocal combo. It’s not everyone’s deal, so much so that I had to turn around to the chatterers behind me and ask them “Isn’t this incredible?” attempting kindly to get them to turn down discussions not necessary in a beautiful rock moment. Luckily they were the minority and Built to Spill had a pull on the audience that put into perspective the charity that brought us all together. Built to Spill increased the energy in the room and set a perfect build for the headliner. 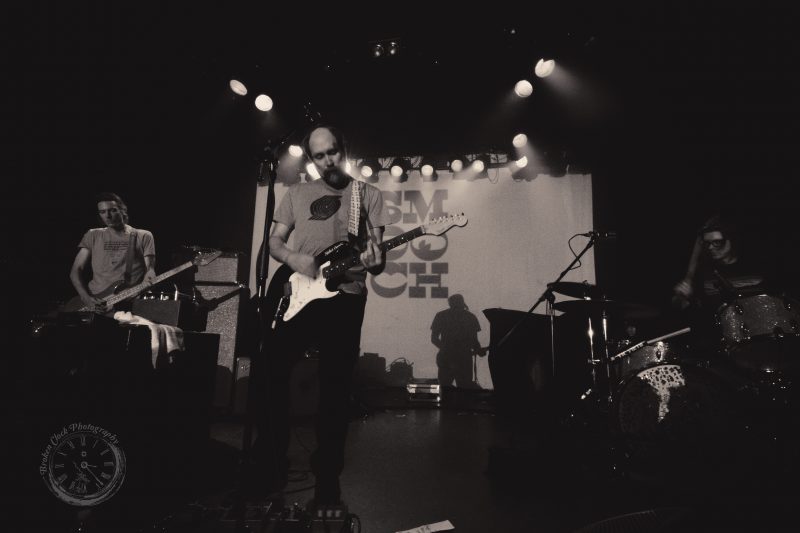 Phantogram. PHANTOGRAM. so for me, this is the sound that originally sold me on the event.  I was familiar with a few of their songs, but hadn’t given a proper listen until I heard they were playing SMooCH. Now, I’m grateful to have seen them at The Showbox because arena tours are already a thing for them. Locals know that Showbox is a Goldilocks venue, not too big and not too small – with fantastic sound, and it was the perfect venue to showcase this amazing crew.  Phantogram has been described as electro-pop, trip rock, or dream pop. Lead singer Sarah Barthel is supported by Josh Carter. I’d said last night that if Shirley Manson and Amy Lee had a baby, that is Sarah Barthel, but I decided today that Steven Tyler has to be involved too, and that just gets confusing!

Sarah’s voice is polished, her style is sexy as hell and she was another one that was an absolute blast to shoot. Josh Carter plays the guitar almost like the drums, serious rhythms and driven chorus but then works in a few simple chords and leaves them lingering to keep you wanting more. Phantogram opened with “Same Old Blues” with the crowd singing every damn word but I assure you none of them were sad about it.  Playing other fan favorites like “You Don’t Get Me High” and “Fall In Love,” this set was stacked with potential billboard crushers and it kept the crowd inside and the show going past midnight. 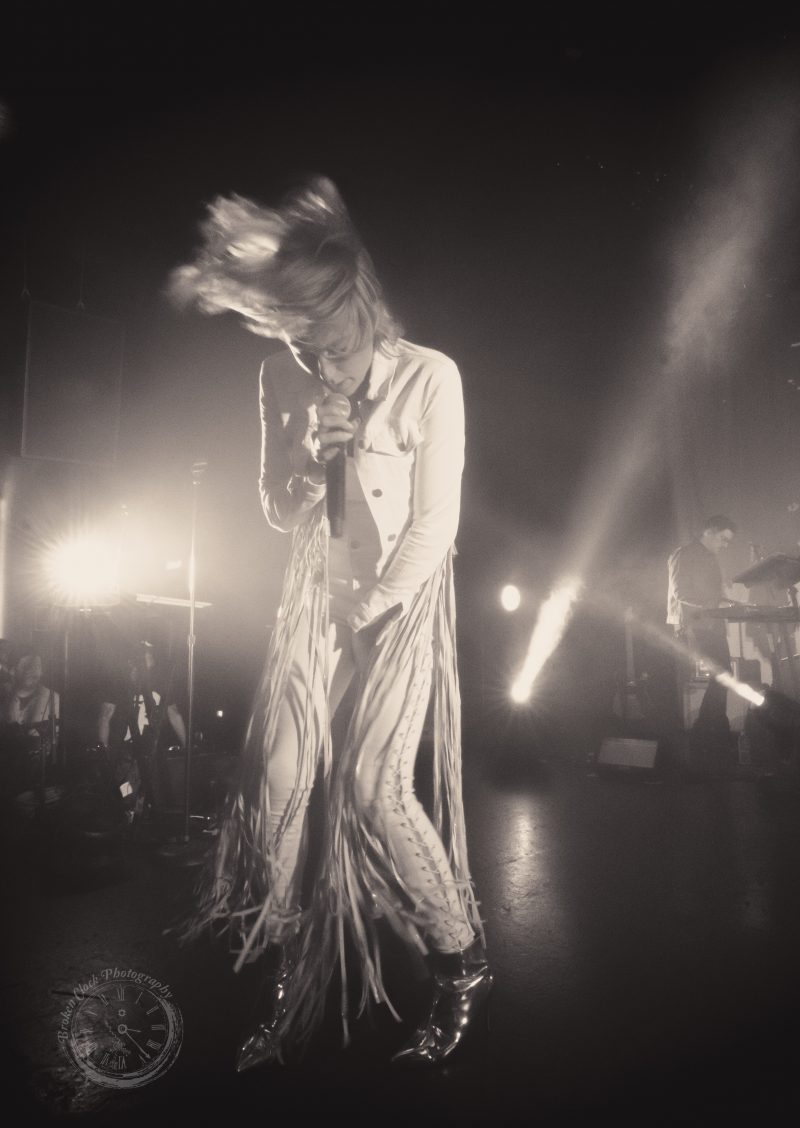 I hope you take a moment to take a look into some of the bands from SMooCH 2017; the organizers put an incredible bill together, and it was reflected in the $3,500,000 dollars raised for Children’s Hospital, and the SOLD OUT notification on the Showbox marquee. Check out more photos of the event HERE, and then make sure you head over to SeattleChildrens.org, because every dollar makes a difference. Then, remember next year make sure to get your tickets early because there is no way that anyone who was in the room last night would risk missing another show of that caliber.