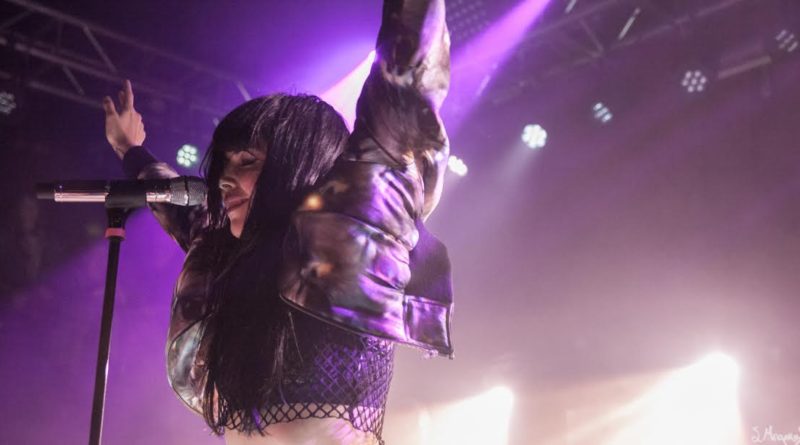 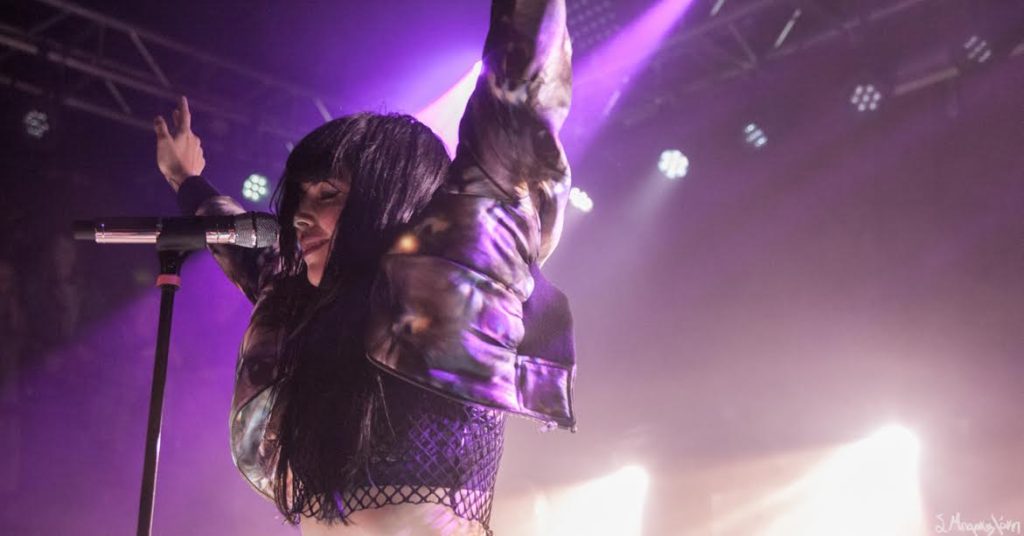 Many loyal fans have been waiting for the return of Sleigh Bells to Seattle and tonight for the lucky ones who had tickets it was going to be an amazing Saturday. The stage at Neumos was setup with a whole row of speakers stacked up ready to blast through our bodies. The duo didn’t have a drummer with them on tour, so their pre-programmed beats are showcased through the loud setup behind them instead. Accompanied with the loud songs were a lot of strobe lights that flashed during their set creating a frame by frame effect if you were watching from the back.

Alexis Krauss jumped on the stage full of energy letting us know exactly what was expected of us. “Hey Seattle! Let’s do this!”, and started dancing around while the music vibrated the walls of the venue. The highly energetic front woman wasted no time projecting her dynamic mood and received exactly the same from the excited fans who didn’t stop jumping around the whole night.

Guitarist Derek Miller stood stage right with another touring guitarist to the left, and they each paced back and forth carrying the tunes. Behind the massive amps were banners containing messages, one read “Loyalty” and the other “Keep Faith”. One thing was for sure, having earplugs in did nothing at all to help the massive bass exploding from the speakers. It was almost too much but it worked perfectly at the same time.

Krauss shared that they didn’t know if the show was going to happen as she lost her voice a couple of days prior but she was so happy to pull through. “The last time we played Neumos was 2011 and we sucked, so hopefully we can make that up tonight if you were at that show,” she said playfully. During a couple of different songs Krauss also jumped into the crowd dancing and singing in the middle of the venue, pumping everyone up. 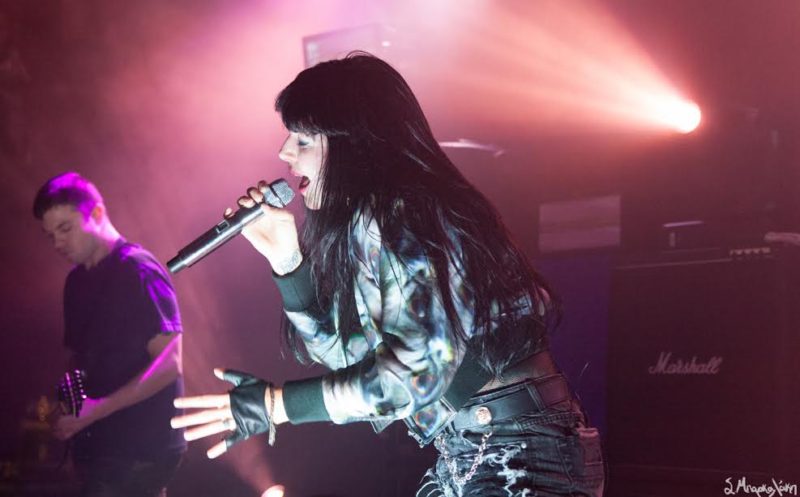 The Brooklyn based duo formed in 2008, released their fourth record Jessica Rabbit in early November which follows their signature noise pop/metal sound with heavy shredding and dreamy vocals. Krauss did not stand still for a second all night long and the show was as intense as hyped up to be from their previous performances. Due to her voice the show only lasted an hour but it was still very satisfying and hopefully they’ll be back soon enough. This is a band you want to see live, my ears are still ringing days later and I love it.