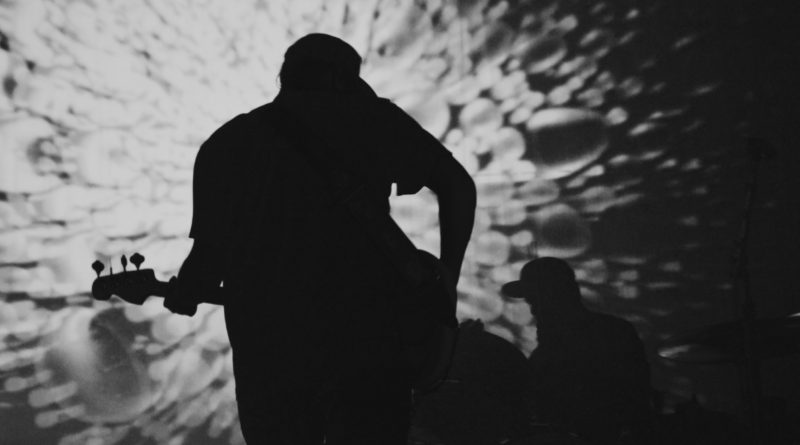 Unless you’ve been been living under a rock for the past few years, chances are that you’ve at least heard of experimental rock band Portugal. The Man, the self proclaimed “Lords of Portland.” It has been over 10 years since the Alaskan five piece released their first album, entitled Waiter: “You Vultures!” Since then, Portugal. The Man has built a solid discography consisting of eight more records, friendship with other major groups like Cage the Elephant, and a wide array of dedicated fans.

Following the massive success of “Feel it Still,” the leading single off of their latest album Woodstock, it was no surprise that Portugal. The Man’s latest Seattle show completely sold out. Held on July 20th at the Paramount Theatre and with support from local Seattle bands Crater and SLOUCHER, Portugal. The Man transformed from the Lords of Portland into the Lords of Seattle for the night.

SLOUCHER started the night off right with a brief but solid selection of some of their best tracks. Based off a sound that I would place somewhere between grunge and alternative rock, it was clear from the first song performed that the band’s roots were planted in Seattle. Much like their band name might suggest, SLOUCHER kept it casual while onstage. Stopping to give a shout out to their moms who sat somewhere on the mezzanine and participating in such playful banter with random voices from the crowd, the four-piece finished up with “Certainty,” a catchy track from their first and only release. As a whole, SLOUCHER’s set didn’t blow me away, but it was certainly entertaining.

The second opener slot is always a tricky one to fill. The primary wave of concert hype has already been used up on the first act, and the audience begins to get anxious for the headliners to perform. Thankfully, the stage presence that Crater brought to the Paramount seized everyone’s attention from beginning to end. Armed with a guitar, a bass, and multiple computers and keyboards, the duo (joined by an additional bassist) began with the ominous and looming track “Crater Head.” Besides a few other tunes from their 2016 album Talk to Me so I Can Fall Asleep,  Crater performed a large number of new tracks that had never been played live before. Every one of them was fantastic, too. Featuring mountain-moving bass lines, creative and catchy electronic beats, and of course the sharp, beautiful vocals of Ceci Gomez, the atmosphere created by Crater throughout their set will not be one that Seattle will be forgetting soon.

Finally, the moment that the entire Paramount Theatre had been waiting for arrived right around 10:00. All at once, the lights shut off and the venue became pitch-black. Amidst the screaming of fans, “Unchained Melody” by the Righteous Brothers blared from every speaker. The noise from the audience intensified even more as Portugal. The Man appeared on stage, instruments in hand and ready to rock. Soon after, the familiar bassline of Pink Floyd’s “Another Brick in the Wall Part 2” rang out. Both the band and the crowd sang the chorus’ lyrics with passion; “Hey! Teacher! Leave those kids alone!”

The classic rock hit melted into “Purple Yellow Red and Blue” from their 2015 record, Evil Friends. Portugal. The Man didn’t waste any time diving into their hits, with the next song played being “Feel it Still.” From there, they performed each song on the setlist with powerful passion and force.
Aside from the music, Portugal. The Man also created an astounding show from a visual point of view. Psychedelic colors and patterns lit up the stage in every song, accompanied by a laser show and colorful lighting. Rather than engaging in onstage banter, Portugal. The Man kept quiet for most of the show, choosing to deliver messages through their backing screen, which said things like “APPLAUSE” and “That’s right, kids. No computers up here, just live instruments.”

Other highlights of the set included the bold and enrapturing track “Modern Jesus,” a slower and more groovy song called “So Young,” and “Live in the Moment,” which had the entire crowd jumping up and down while chanting its upbeat chorus.

The night ended with Portugal. The Man playing “Feel it Still” a second time, an Oasis cover, and a rowdy, bone shaking rendition of “Atomic Man” as the encore. Overall, Portugal. The Man showcased their outstanding talent for creating and playing music while additionally incorporating jaw dropping visuals and their goofy sense of humor into a sold out Paramount show. With each new era of music, Portugal. The Man keeps getting better and better, and I’m excited to see where their talents take them next!

Check out Yasmin’s Twitter profile for more photos from the show.