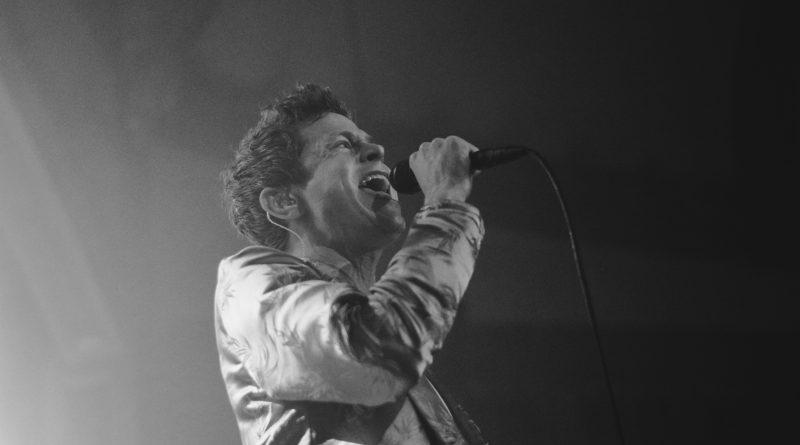 To say that it has been a busy couple of months for Mike Hadreas, also known as Perfume Genius, would be an understatement. Since August, he’s been all across the United States playing headlining shows and a couple dates supporting The xx. This past Saturday, Hadreas returned to Seattle to play one last hometown show before a short break. 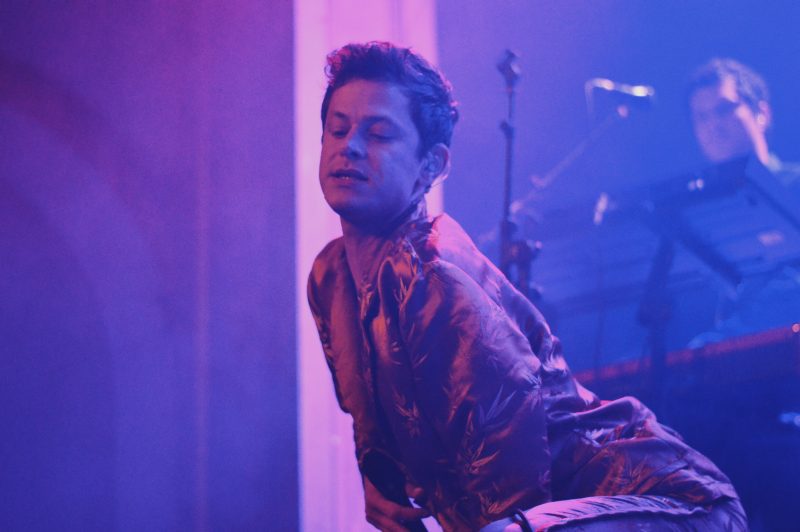 However, this particular show was much bigger than just Perfume Genius. This night at the Neptune Theatre was the 20th “Little Big Show,” a charity event put on by KEXP, Starbucks and STG. After each concert, 100% of the ticket revenue goes directly to various Seattle charities. In this case, the organization was the Lambert House, “ a center for lesbian, gay, bisexual, transgender and questioning youth that empowers youth through the development of leadership, social and life skills.” Spirits were high throughout the entire audience, because everyone in the sold out audience knew that their money would be going to help an abundance of Seattle’s youth. 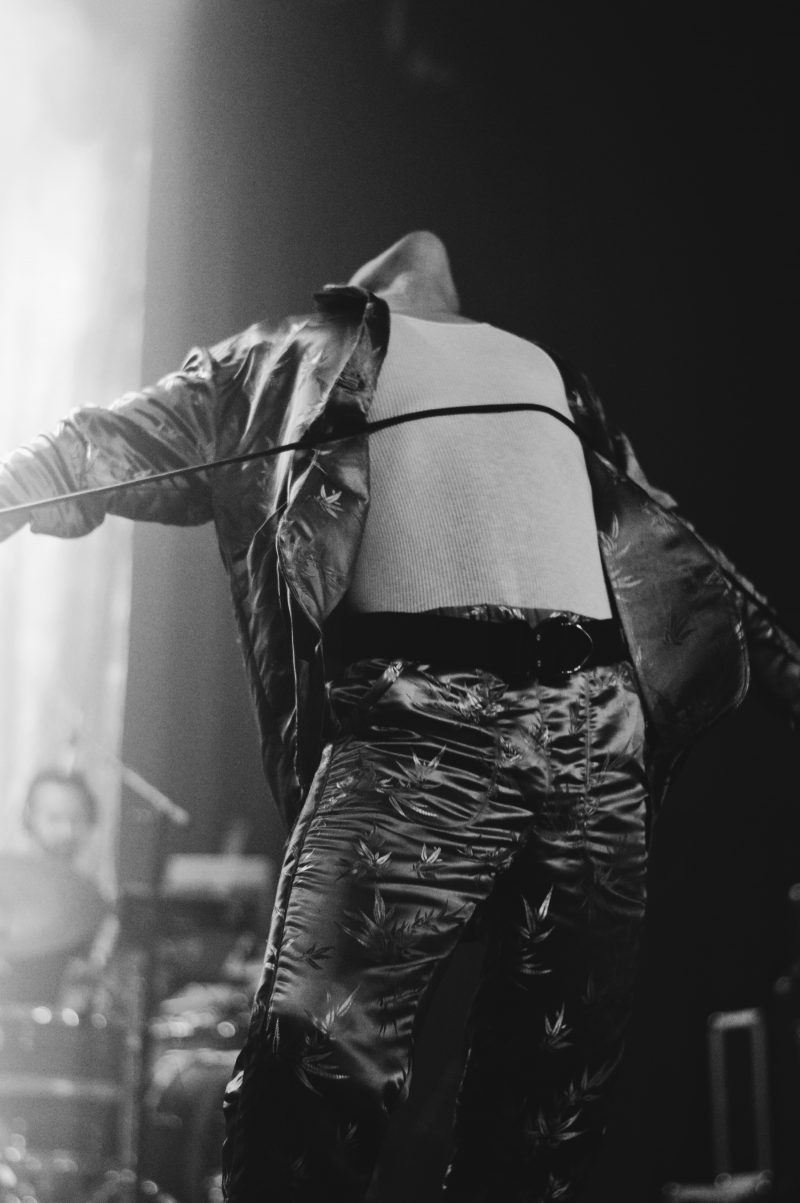 Opening for Perfume Genius that night was Briana Marela. In a fascinating blend of indie, electronic and chamber pop, Marela’s angelic vocals and catchy hooks provided a beautiful and intriguing set to start off the night. Throughout her set, Marela essentially utilized her whispery yet piercing voice as an instrument by looping it and integrating it into the background of her songs. Marela didn’t move around the stage or talk to the audience much, but her larger than life vocals enraptured the crowd and filled the entire room. 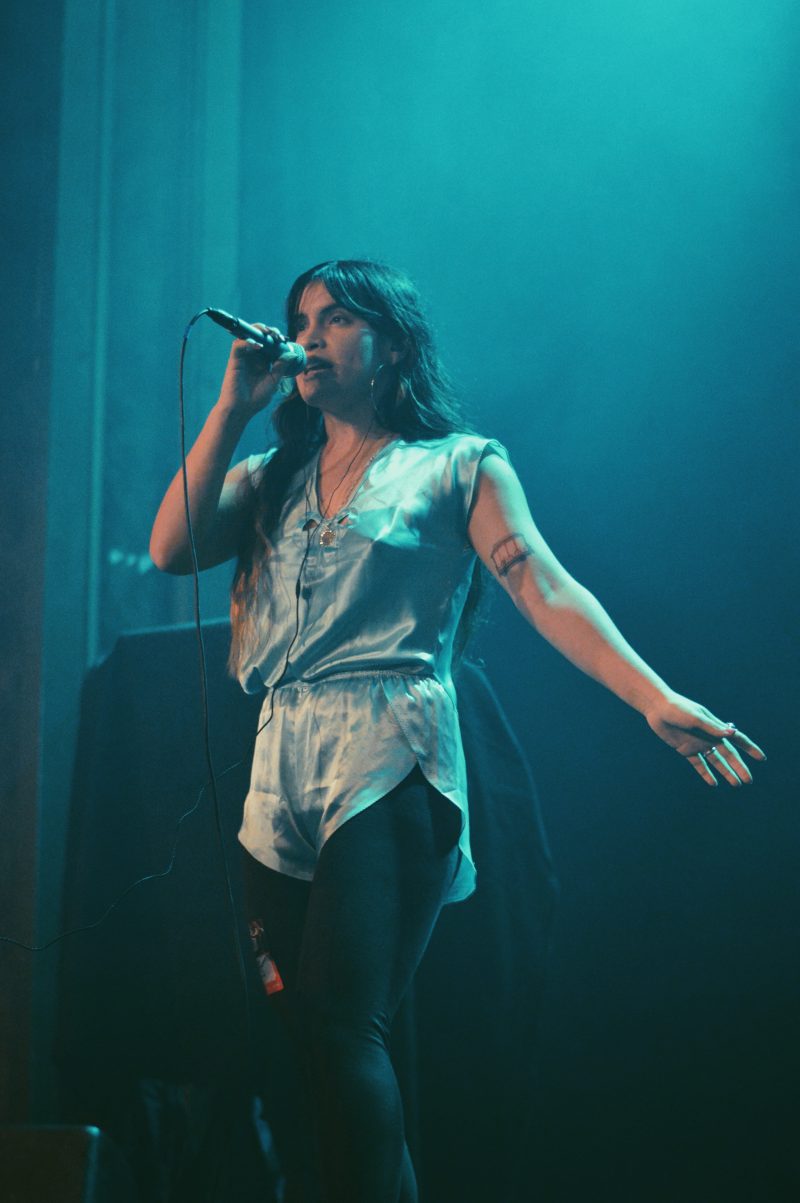 Perfume Genius took to the stage next, and his performance impacted the audience from the very start. Hadreas began his set with “Otherside,” a song that starts off slow and quiet, but then EXPLODES into a shimmery and triumphant display of synths. This track was the perfect display of what was to come, because Perfume Genius sang songs up and down the emotional spectrum. For some songs Hadreas intimately sat at a piano and belted out tear-jerking tracks, but during others he strutted around the stage like an absolute rockstar. Not only did Perfume Genius’ voice sound just as good, if not better than it does on his album recordings, his stage presence was completely remarkable. His set was filled with quiet, clever banter with the audience between songs, sensual and artistic dance moves, and an overall aura of grace, maturity and professionalism. 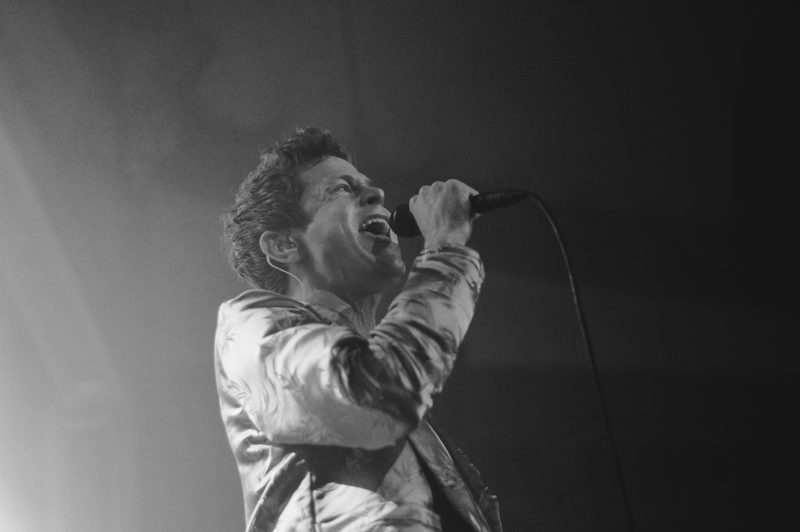 Perfume Genius filled his time onstage with fan favorites such as “Slip Away,” “Dark Parts” and “Wreath,” but perhaps the most beautiful segment of the night played out during the encore. As the crowd thunderously cheered, Hadreas emerged by himself and performed some of his saddest and most beautiful songs completely by himself. The rest of his band arrived back onstage at the very end to play the fiery and ferocious track, “Queen.”
The music Hadreas performed was unforgettable, but another highlight was seeing the audience react to his music. It was clear to see that his music meant the world to so many people in attendance, and the emotional reactions people were experiencing was a remarkable thing to witness. The music of Perfume Genius possesses the power to heal people, and getting to see it happen in person was a truly unforgettable experience.