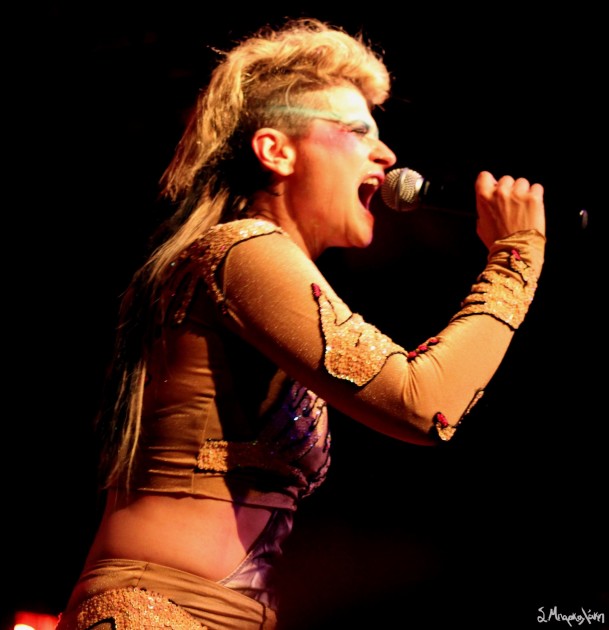 After seeing the Peaches set at Bumbershoot in September I knew I wanted to see her again and have the opportunity to photograph her. She announced a show almost immediately after that and I was ready to get some raw shots of her. Get it?

I made my way to Showbox Market to get a spot in the front since there is no photo pit available at the venue. I waited patiently with the rest of the fans for her to come on around 9pm. I think that any artist that puts some effort in entertaining their audience gets extra points, and Peaches doesn’t lack in the department. She had numerous outfit changes during the show and it all seemed to flow seamlessly. A couple of dancers came out and were part of the visuals along with the music.

Her new album Rub follows the same style the artist is known for, speaking her mind, and doesn’t disappoint for a second. Her latest video features her and Margaret Cho running around town doing the funniest things with onesies you don’t want to miss. “D**k in the air” is performed in the same manner on tour, pulling a huge inflatable tube she gets into and walks on top of the crowd. Who wouldn’t want to do that every night on stage?

She sang her known tracks “F**k the Pain Away”, “Boys Wanna be Her”, “Talk to Me”, mixed in new hits “Rub”, “How you Like My Cut”, “Pickles”, and closed her second encore with “Light in Places”. Peaches is a must see show, so make sure you see her if she’s coming through your city. Be ready to be enter her world when you pass the gates, she’s one of a kind for sure.