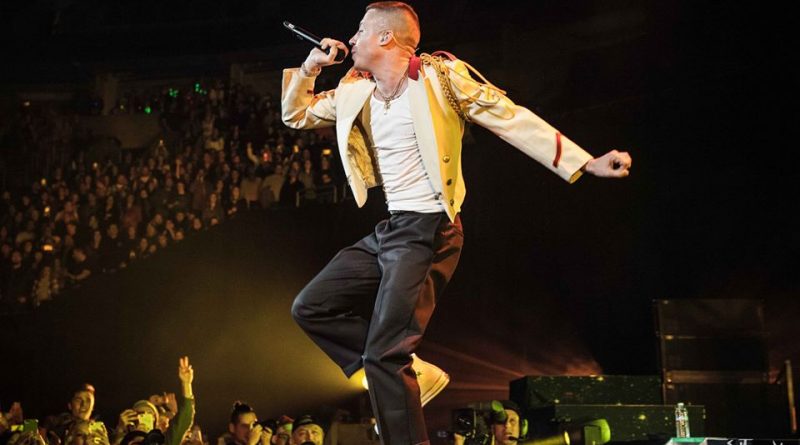 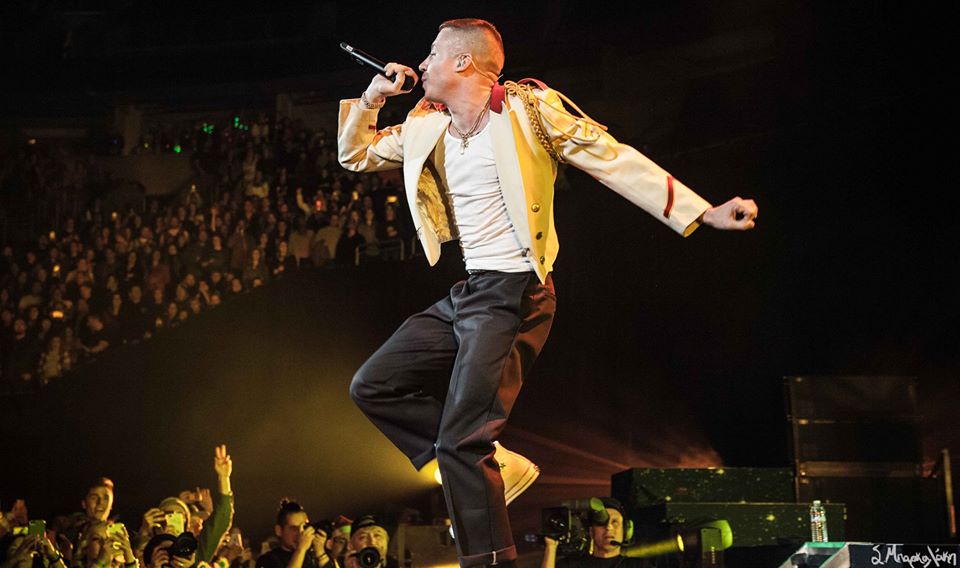 After embarking on a long tour for his latest solo release, Gemini, Macklemore made his way back to his hometown where he would end 2017 with two sold out shows at Key Arena. We were there for night two and it was a great way celebrate the success of a talented artist that supports and contributes so much to our city. Ben Haggerty is proud of his city and the city has shown the same gratitude by supporting him along the way, in every way it can.

A little past nine the lights went out and the large video screen behind the stage displayed the Gemini logo triggering the beginning of the show. A few backup singers stood to the right, along with a piano player to the left, a couple of trombone players in the middle, and a guitarist. He quickly ran onto the stage and started with “Ain’t Gonna Die Tonight,” creating a wave of cheering across the arena. The stage that was extended out with a box shaped catwalk led right into the fans standing in GA, ready to sing every word with the rapper. 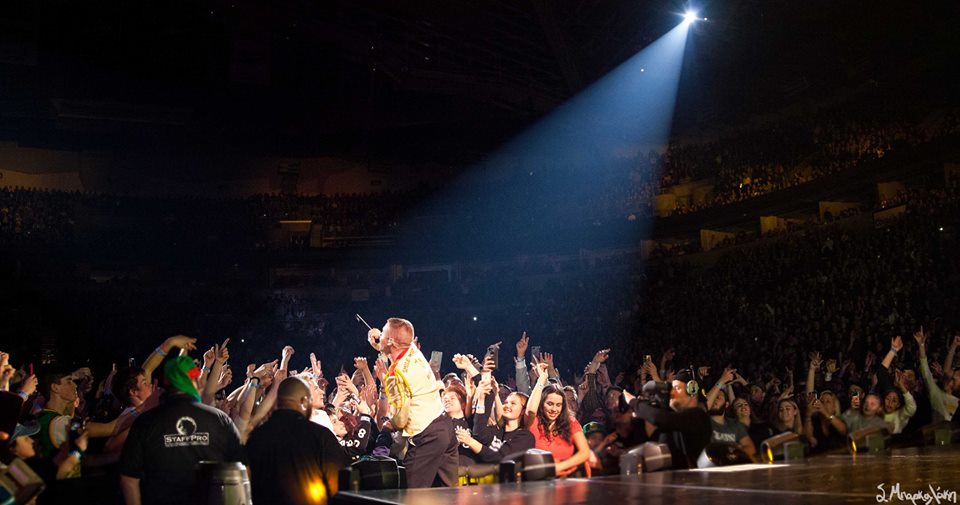 He bounced back and forth sustaining a high energy mood throughout the night keeping fans as engaged and excited as he was. He was wearing a jacket that read “Smile with Nile Seattle,” for the first few songs, along with a pair of black Dickies and white converse shoes. For the second song, “Firebreather,” he was elevated on a platform above the stage as pyro ignited all around the platform, creating an intense visual. He then chatted with the audience a bit about his daughter Sloane and what she wanted for Christmas as he played her favorite song, “Marmalade.”

It was a little unexpected but he played his breakout hit “Thrift Shop” early in the set and later brought out the charismatic Mary Lambert for their song “Same Love.” As she finished off the song to an adoring crowd, he ran off the stage to get strapped into place for the next part. When “Willy Wonka” started, a spotlight guided our eyes to the back of the venue where Haggerty was being lifted above the arena singing his song. Dressed in a maroon suede blazer and orange top hat he propelled around for the first part of the song acting like a magician. 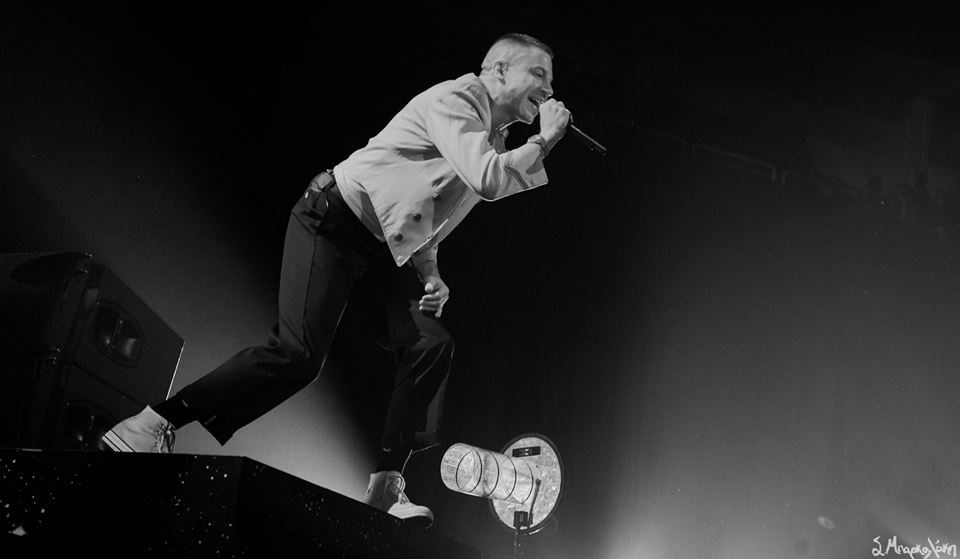 After a few songs he introduced his “uncle” in a video and came back dressed in a cape and wig for “And We Danced.” After that the high energy continued with “Dance Off” as the lights reflected in the crowd where no one was standing still. When the song was done he asked for two people from the crowd to have an actual dance off and two kids made their way to the stage. The audience cheered them on as they took turns showing us their impressive dance moves.

Macklemore stopped again to thank the fans and the city for all their support over the last few years and made sure that they knew that he never forgets that wherever he is in the world. He highlighted that this was the 5th time selling out the Key Arena and how honored he felt to be standing in front of everyone. Following that, a short clip played on the screen with people congratulating him on the milestone, including Sir Mix-A-Lot, Shawn Kemp, Pete Carroll, Ken Griffey Jr, Russell Wilson, Ciara, and his daughter Sloane. This was commemorated by presenting him with a spot in the rafters on the arena’s ceiling. What a way to close out the year and what an honor to receive from your city. 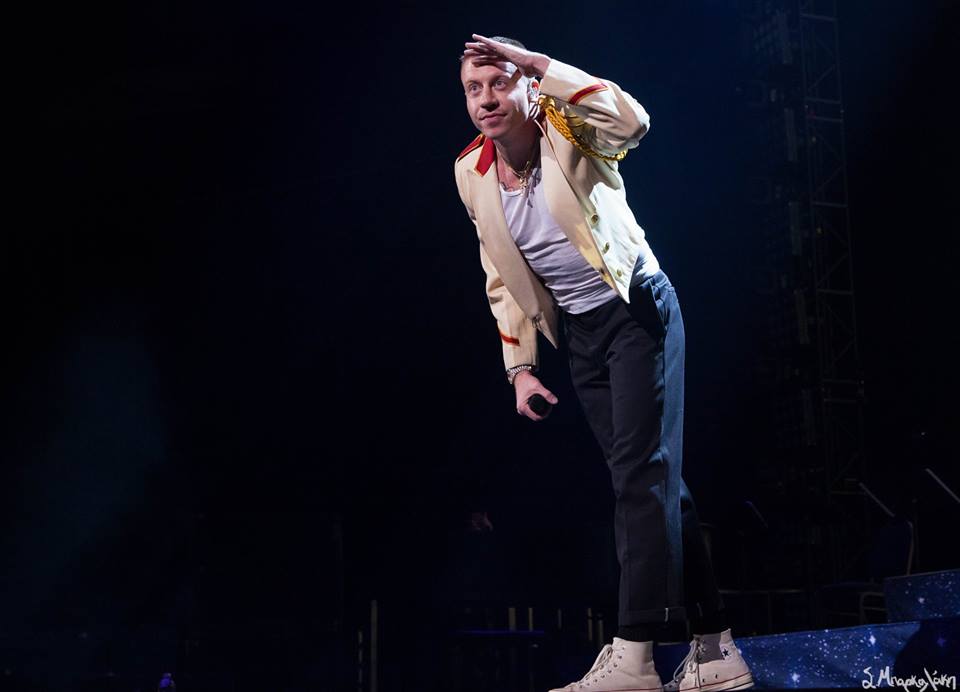 The main set ended in a huge dance party with “Can’t Hold Us,” where Macklemore stood up in the crowd as fans held him up high. Every single person was up from their seat having the time of their life, feeling ecstatic. He returned for an encore of five songs ending with hit “Downtown,” and “Glorious.” This was truly a great night to remember from 2017 and one of the year’s best shows. The show was constantly changing and providing entertainment as Macklemore put on a electric performance from start to finish.