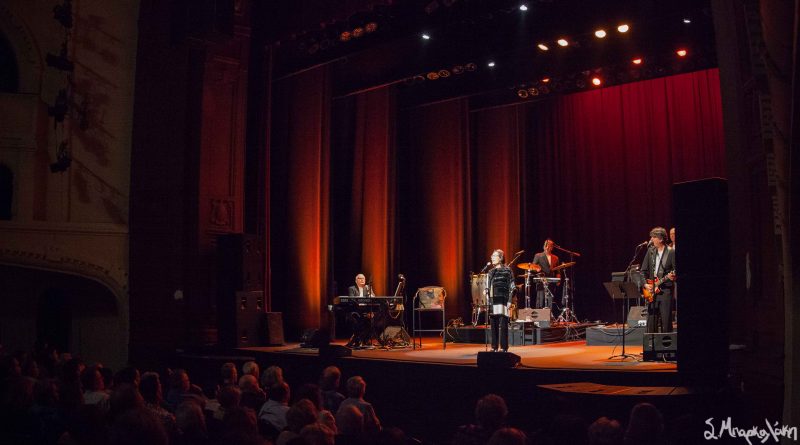 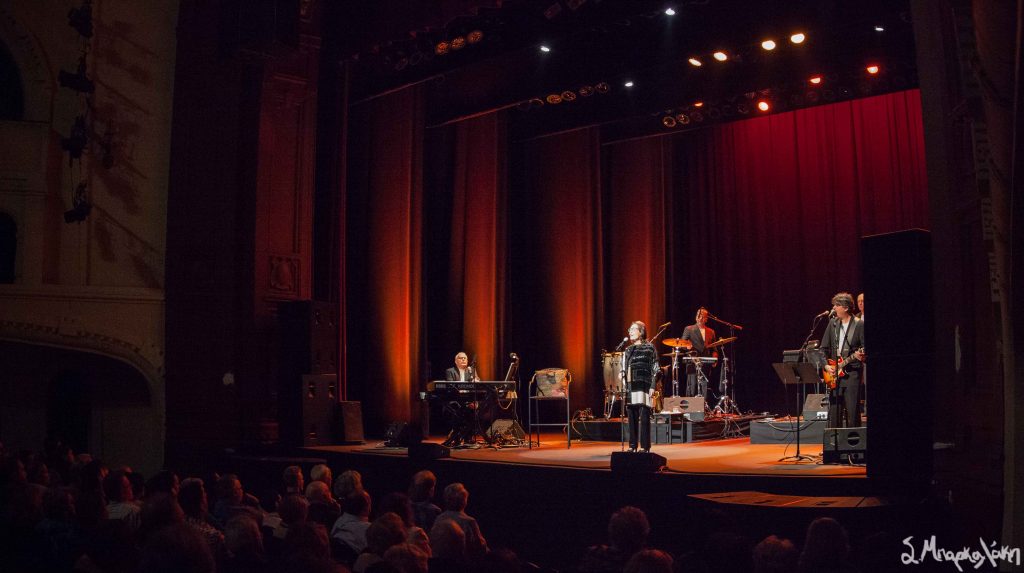 World famous Greek singer Nana Mouskouri returned to Seattle on May 1 in support of her latest record Forever Young. The talented songbird, who has released over 200 albums in her career of six decades filled the Moore Theatre with adoring fans. The setup of the stage was warm and simple, inviting us into her world on this cloudy night. Moments before she took the stage an intro video was projected displaying highlights of her impressive career and life.

She walked towards the middle of the floor and smiled, wearing her signature black rim glasses and elegant black outfit. Four other musicians accompanied her on stage for the performance as she seamlessly switched singing between multiple languages throughout the night. This was incredibly impressive to witness, as I can’t seem to remember lyrics to songs in my native language let alone in others. I guess this was what gave her an edge at the beginning of her career as she branched out into other countries beyond her native Greece. 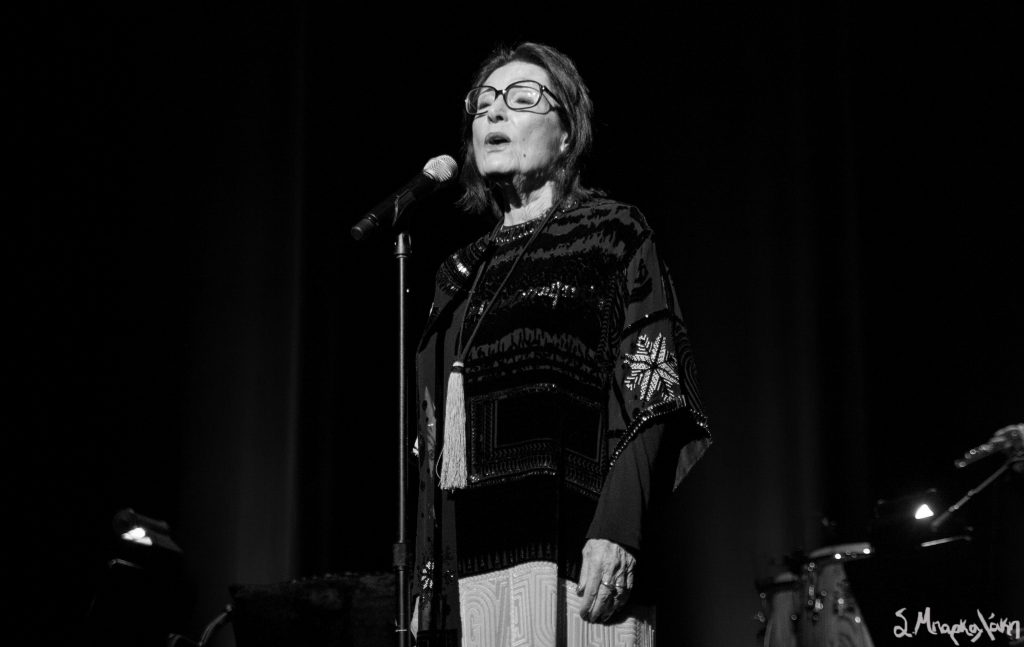 She shared many stories about her early life and the impact of war when she was young but also finding joy and love in music and holding on to the positive things around her. Her father was a cinema projectionist in Athens and she still holds The Wizard of Oz as one of her top memories in her young years. It was also really enjoyable to hear her sing many covers from some of her favorite artists, old and new, including Amy Winehouse’s “Love is a Losing Game,” and Cohen’s “Hallelujah.”

The multilingual star charmed the audience as the evening progressed creating a calm but intriguing mood. Forever Young was her first record in seven years and she wanted to sing about all the positive things in life that have inspired her. Bob Dylan’s song was a big influence on the record and she shared a wonderful cover of that with us. It was an incredible feeling to catch Mouskouri live and I completely understand why she reached so many people worldwide. 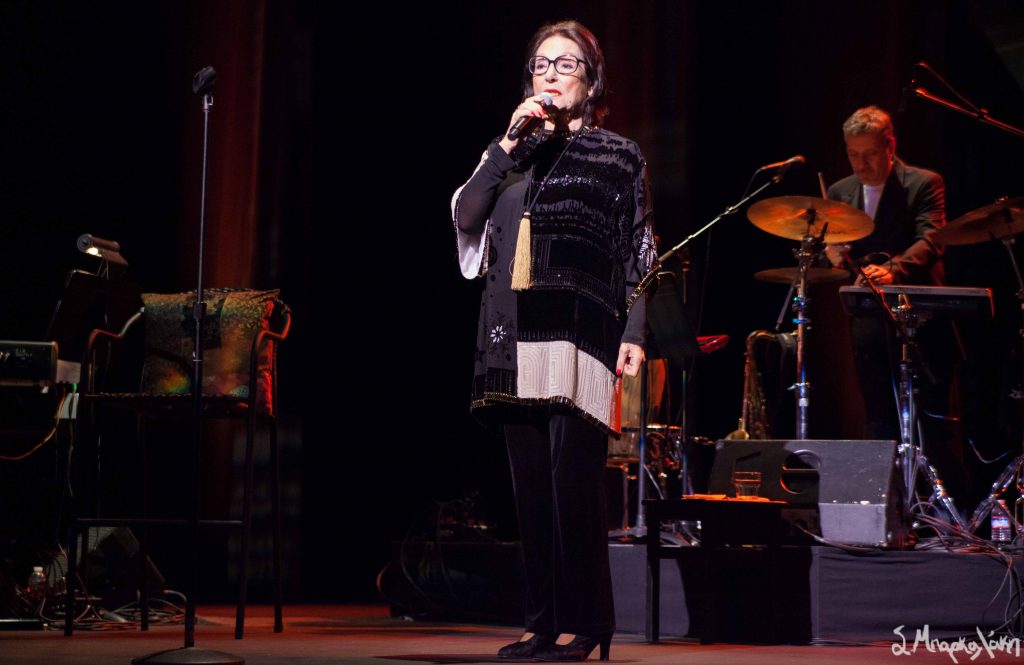