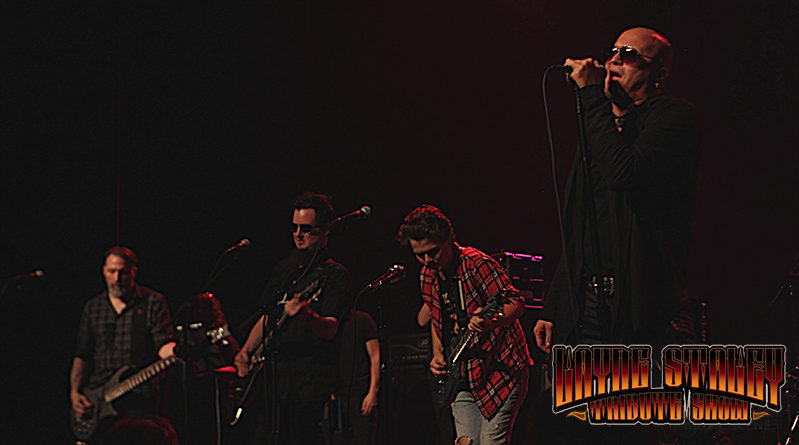 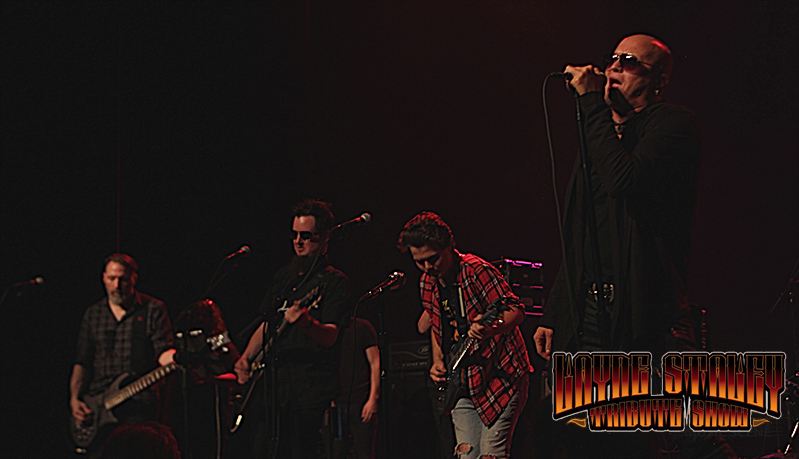 This year marks what would have been Layne Staley’s 50th year on this planet had he made it. By now we all know what happened to this remarkable human being and that his star shined for way too a short a time but even though here’s not here in the physical sense, he means just as much to the people of the northwest and beyond.

Each year in Seattle there is a tribute concert held to commemorate his birthday and to pay homage to the incredible gifts he left us with. People come from all over to experience what has become an annual night like no other and 2017’s Layne Staley Tribute concert at the Moore Theatre on August 19 was truly one for the ages.

If you are even a casual observer of the current Seattle rock scene and you caught a glimpse of the lineup slated for the evening’s festivities, you like likely recognized many, if not all of the names. The list of performers for the evening were the full bands of Jar of Flies, Van Eps, Memory Layne and Windowpane. Add to that list,  Travis Bracht of Second Coming, Nick Pollock of My Sister’s Machine, Johndus Beckman of Ten Miles Wide, Kyyle Cort of SUPERFEKTA, Jamie Nova of WITCHBURN, John Evans of TwasmonauT, Kevin James Hoffman of Dead Rebel Saints, Jason Kertson, Shannon Shaarpe, Brandon Wisley, Intisaar Jubran & Natalie Mai Hall of Intisaar, James Bergstrom of Second Coming, Jake Carden of Ten Miles Wide, as well as Rane Stone and JT Phillips of Klover Jane.

To add to the excitement of the night, Jamie Chamberlin’s Black Dahlia Films were filming a documentary, which actually started the night before at The Crocodile, where some of the performers from the Saturday Moore Theatre show participated in a broader Seattle tribute night, which included our recently departed and much loved Chris Cornell.

But Saturday night was mostly about Layne, and the crowd that packed the historic Moore Theatre, home to some of the most iconic moments in Seattle music history, loved every minute of it. Whether they knew him personally or were touched by his music, the musicians and the audience were all on the same wavelengths and there to honor the life, music, & legacy of Layne Staley.

It was close to a sellout and had Tom Petty not been in town a little bit further south at Safeco Field and Hempfest happening as well, there’s little doubt it would have been. That’s okay though, all the primo seats were full and if you waited until the day of the show to get a ticket, you were likely sitting in the far back of the second balcony.

Rick Friel got the nod and was the emcee for the night and kept the crowd engaged and entertained in between performances, also auctioning off some rare memorabilia with proceeds going to a host of charitable causes including the Layne Staley Memorial Fund. That fund benefits Therapeutic Health Services (THS) and assisting in efforts for recovery from heroin addiction.

If we listed every thing that happened over the course of the evening this review would be 5,000 words long but some of the highlights of the night were of course Jar of Flies, made up of Rane Stone (vocals), Kyyle Cort (guitar and vox), Lee Bruso (bass), JT Phillips (guitar), Daryl Williams (drums) and Jordan Vestal (Drums), who have worked tirelessly over the years to hone the sound of Alice in Chains and to pay proper respect to that legendary group. They have also worked tirelessly to make this event all it can be and have watched it grow into a hallmark Jet City event. Rane Stone stamped plenty of tickets to “Hug Harbor” throughout the night and by special request from Nancy McCallum, Los Angeles Layne Staley tribute band Memory Layne made the trek northward to be a part of the night. They excitedly performed a few songs and were clearly delighted to be welcomed to ground zero.

Not surprisingly, Jamie Nova blew the roof off with “Man in the Box” and Intisaar Jubran literally rattled the rafters singing Ann Wilson’s part in “Brother,” which also found 20 year old(yeah he’s 20 now) Jason Kertson on guitar and lead vocals, along with Natalie Mai Hall on cello. Kertson also played a spot on rendition of Mad Season‘s “River of Deceit” accompanied by Intisaar’s cellist Mai Hall.

Van Eps, one of Seattle’s hottest bands at the moment showed up and threw down monster versions of “Heaven Beside You” and “Rooster.”

The first portion of the show was a 19-song barrage of epicness(as you can see from the set list below.) After a brief intermission, Windowpane kicked off the next 7 songs with a bang and were on a mission to melt faces, followed by the aforementioned vocal powerhouse Jamie Nova. Travis Bracht proved why he is still one of Seattle’s greatest vocalists ever, and Johndus Beckman delivered in a big way.  The night ended with Kevin James Hoffman belting out Temple of the Dog‘s “Say Hello 2 Heaven,” which was dedicated to Layne Staley, Chris Cornell, Andrew Wood, Kurt Cobain and everybody we’ve lost. A fitting end to an epic and emotional night.

Them Bones
Dam That River
Rain When I Die
Bleed The Freak
Sea Of Sorrow
It Ain’t Like That
Heaven Beside You
Rooster
SickMan
Dirt
I Don’t Know Anything
Lifeless Dead
God Smack
Hate To Feel
Angry Chair
Would?
River Of Deceit
Brother
Down In A Hole
What The Hell Have I
Put You Down
Man In The Box
Love Hate Love
Junkhead
Sunshine
Say Hello 2 Heaven

Check out the Black Dahlia Films website HERE for more information about the documentary, it’s not something you want to miss.

Also, check out the videos below from Mike Savoia and his photo album on Facebook HERE.