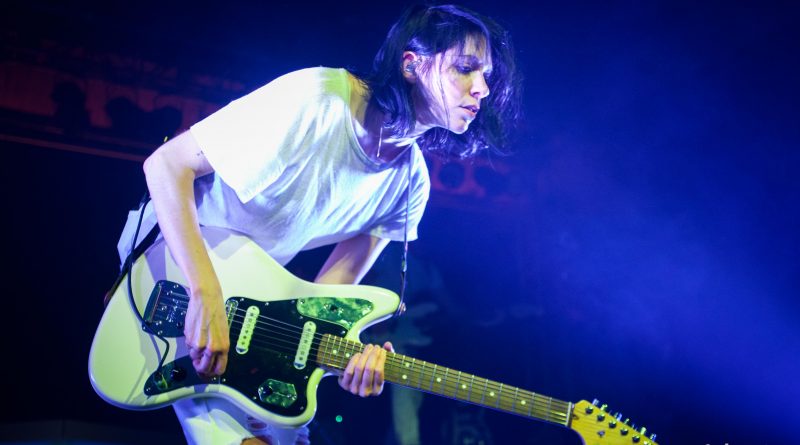 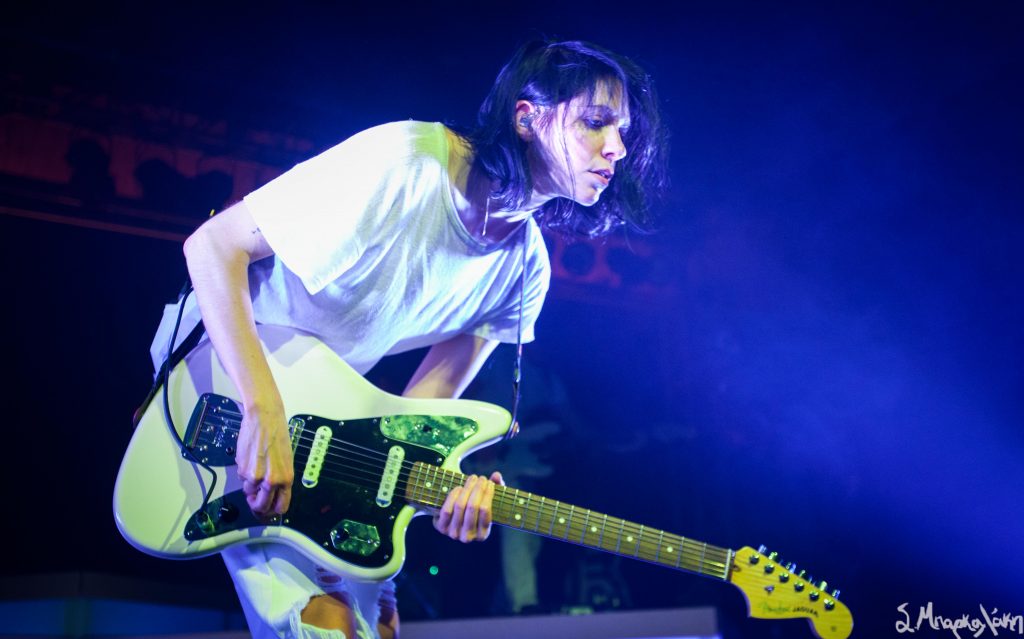 A few weeks ago we spoke to Kristine Flaherty, aka K.Flay, (check it out HERE) about her upcoming tour supporting her latest release, Solutions. When her show came to town, we headed to Showbox SoDo to check it out and witness the final outcome from all the preparation for the tour. The much anticipated follow up comes after her Grammy nominated sophomore album, Every Where is Some Where, that was critically acclaimed. This show was one we were really looking forward to being a part of.

New kid on the block Your Smith was first on stage and people were buzzing after catching their performance for the rest of the night. Listening to their Wild Wild Woman EP is a good start to get into the music and catch them next time they’re in town. Next up was Houses who also enticed the crowd during his set. If you’re not familiar good tracks to start with are, “Soak It Up,” “Fast Talk,” and “Big Light.” 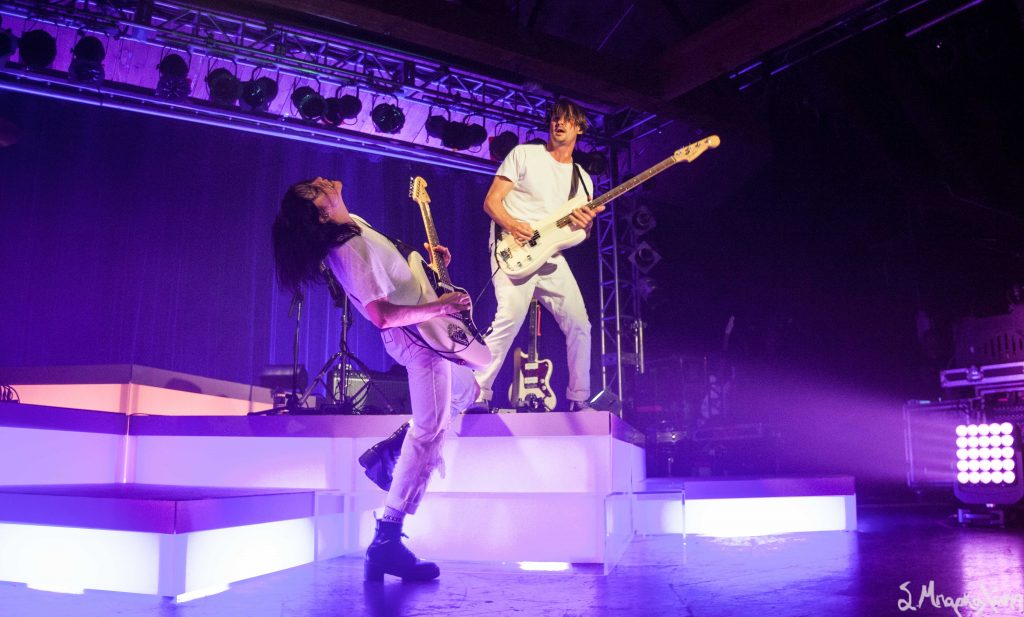 After a few minutes of clearing the floor and checking for any last minute production tweaks everything was good to go. The lights turned off and the silhouettes of three people dressed in white walked to the middle of the floor where there was a three part raised platform. The two band members stood on the ends and K.Flay stayed in the middle as “Not In California” kicked off her set. During the first song we noticed that the raised stage would also double as a lighting installation for the duration of her performance paired with the other lights around the main stage. This added another layer for the visual production that was well thought out.

K.Flay was moving freely between the stairs to the main floor where she had plenty of room to dance around and set her “Black Wave” free. She stood confidently in her black dr.martens singing new tracks, “This Baby Don’t Cry,” and “Bad Vibes.” She asked the crowd if they were feeling good and shared that Seattle was one of her favorite cities to be in. Before starting “Champagne” she practiced a few of the lyrics with the audience and they loudly repeated, “I feel it, I want it, I need it, I love it!” 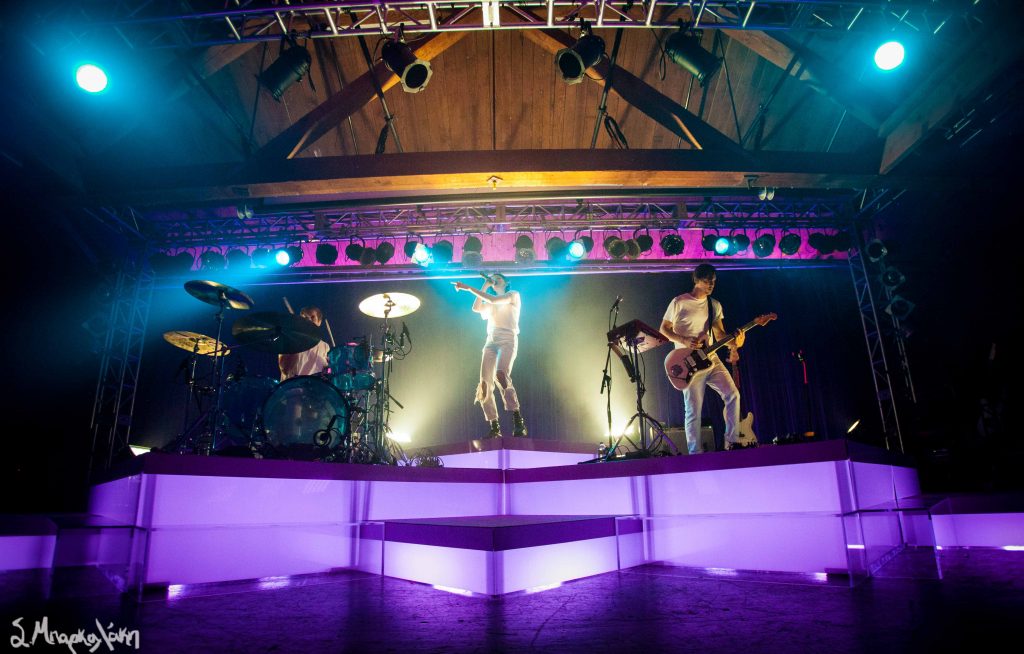 It was a show with high energy moments but also one that had her and the two band members come to the front of the stage and play a couple acoustic songs without the added sound. Not many can lead the audience from high energy to a more intimate low – back to the high again. She made it seem so simple and even threw a cover of Liz Phair‘s “F*ck and Run,” which she performed alone, never losing anyone’s attention.

The setlist covered what most wanted to hear with a good balance of the previous two records and a good mix of her latest. The main set ended with “High Enough” as people swayed closer to the ones they were holding onto. She returned with her latest single, “Sisters,” and closed out with an explosive “Blood In The Cut.” She told her fans that this was their last chance to release any emotions they were holding onto and to start fresh tomorrow morning. Everyone was instructed to get lower during the bridge and suddenly propelled when the contagious beat came back on. It was as if everyone took what she said and then made it happen. It was a great night, make sure you don’t miss her if she’s coming near you.