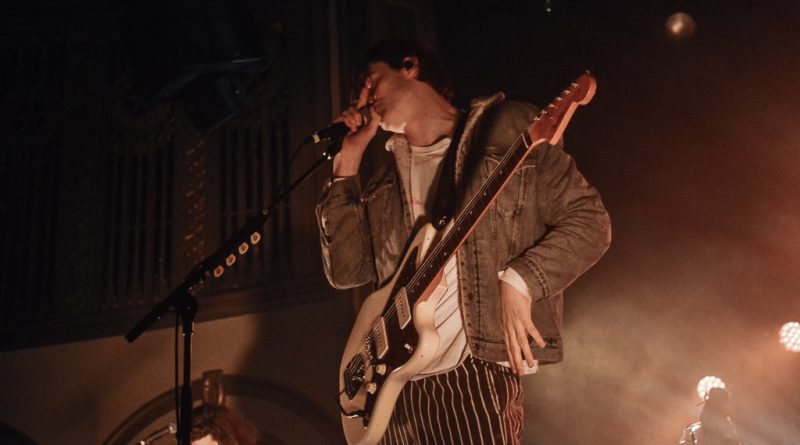 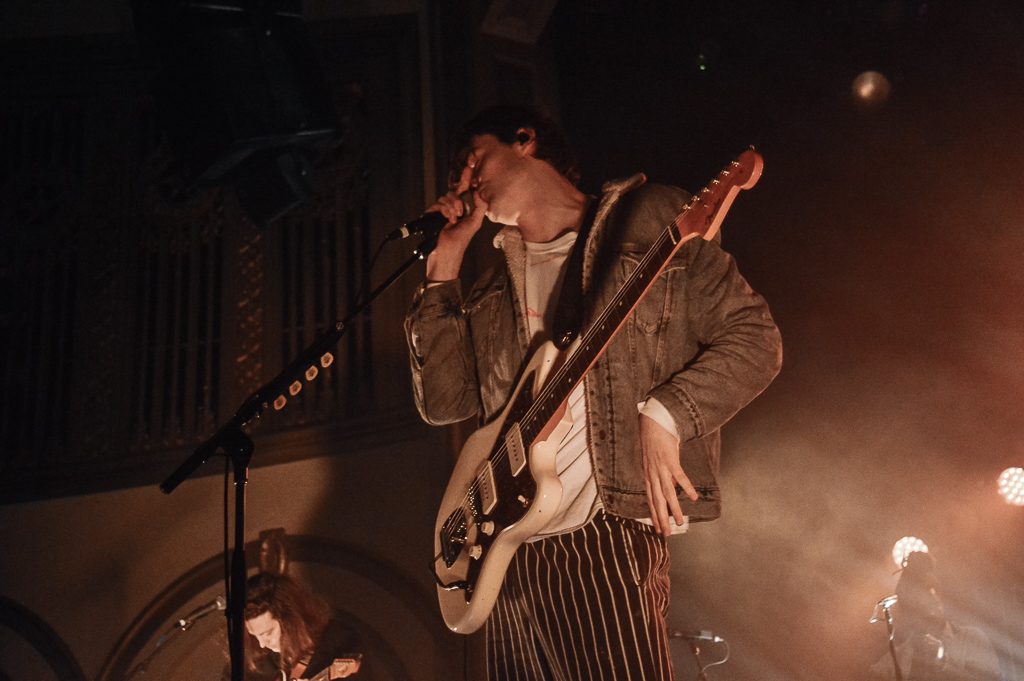 The venue quickly filled up with eager fans by the time that the opening band took the stage. Called Now,Now, and based in Minneapolis, this quartet’s sound falls in the same area as Hippo Campus’ new album, with a plethora of melody-based synths and interesting vocalizations. From lead singer Cacie Dalger’s bright pink hair to her intimate stage presence, Now,Now was not afraid to make a statement during their opening slot. 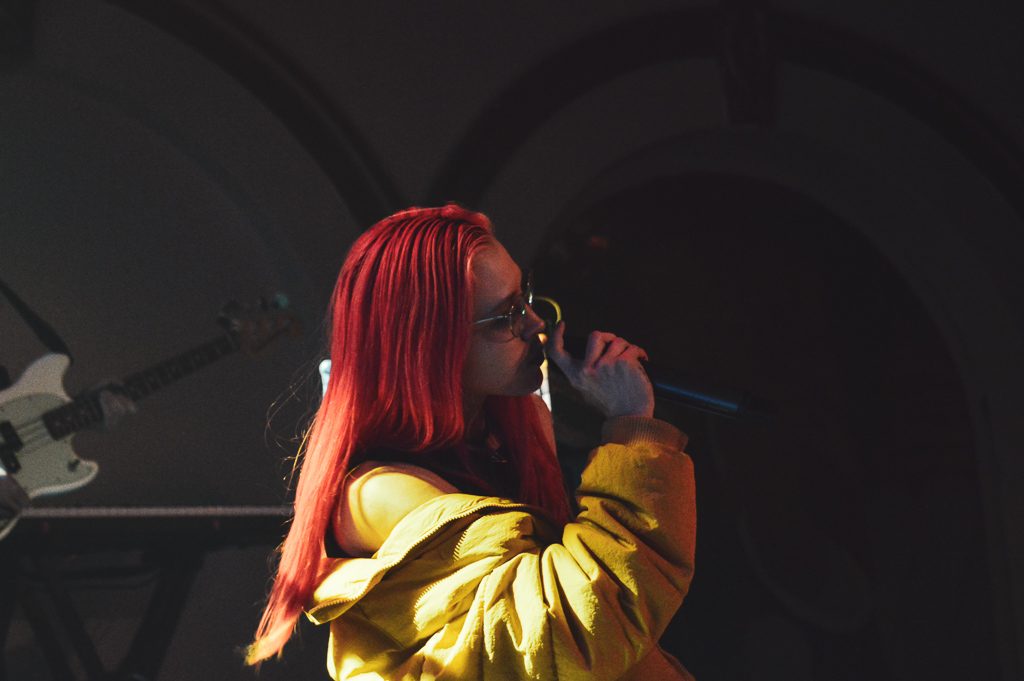 The intensity of the screams that rang through the Neptune before the entrance of Hippo Campus is something that took me back in a whirlwind to the boy-band days of my youth. There wasn’t a single face without a smile as the beginning of the title track off of Bambi began to play. 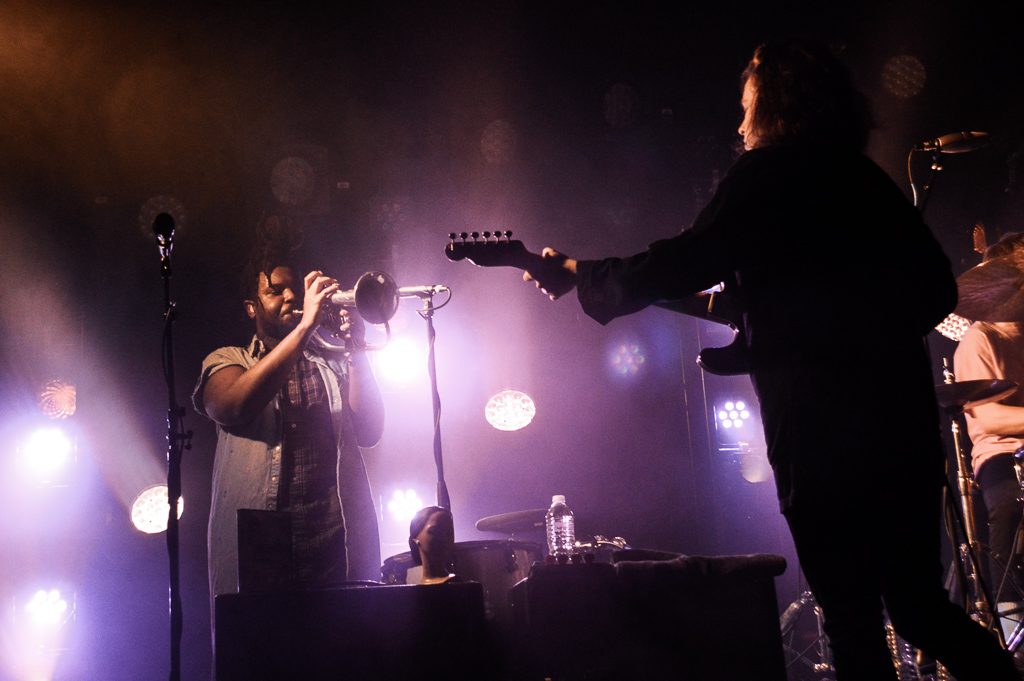 Maybe it comes from a place of nostalgia and bias, but the highlights of Hippo Campus’ set occurred as they performed the majority of their older songs. Maybe it’s because Bambi is a relatively new album still growing on their fans, but the audience absolutely lit up when the iconic guitar riffs from tracks such as “South” and “Suicide Saturday” began to play.

However, this isn’t to say that the entirety of Hippo Campus’ set wasn’t enjoyable. The work and thought that went into every aspect of the show was obvious, from the stellar light display to the live renditions of songs off the new album. 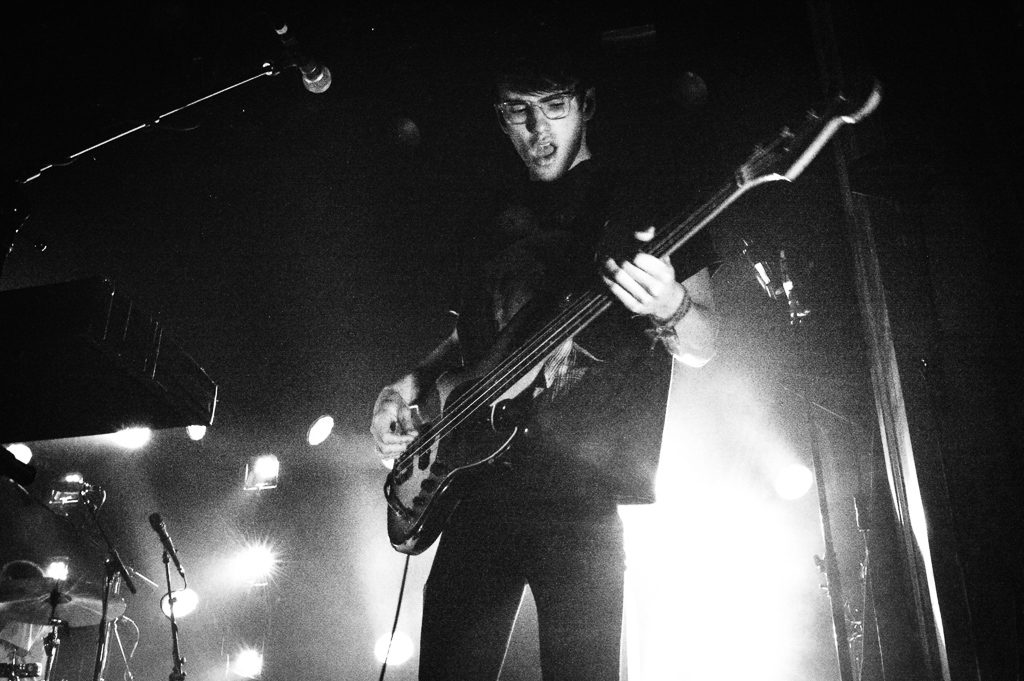 Every time that Hippo Campus comes to Seattle, they step up their game in some way. As a band that’s always evolving musically and creatively, who knows what they have in store for the next time they journey back up to the PNW.