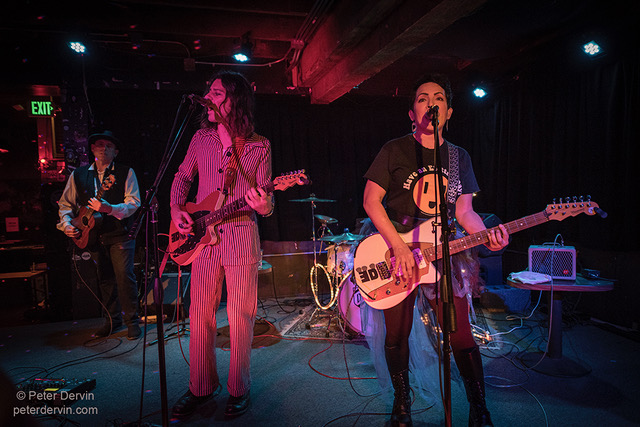 When I got the invite to cover Electrodomestico on their first gig in Seattle, I was excited to see what the duo of Pietro Straccia and Jane Wiedlin (formerly of The Go Go’s) had up their sleeve.

Jane Wiedlin along with The Go Go’s got their start in the clubs of Los Angeles during the late 70’s, early 80’s punk era with the likes of X, The Blasters, Los Lobos, Flesh Eaters, The Pulgz, and The Germs. The Go Go’s first album released in 1981 was filled with edgy pop/punk songs that propelled them to New Wave hit makers. 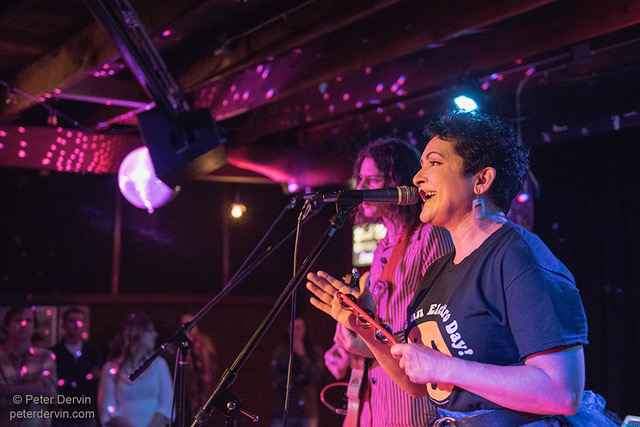 Now in 2017, Jane has partnered up with Pietro Straccia and they have released their first album If You’re a Boy or a Girl that is filled with power pop rock that’s infectious. Many of the songs on the album have already been made available through their videos that are online. Gone are the days of putting out a single and getting radio airplay, its all DIY on the world wide web. 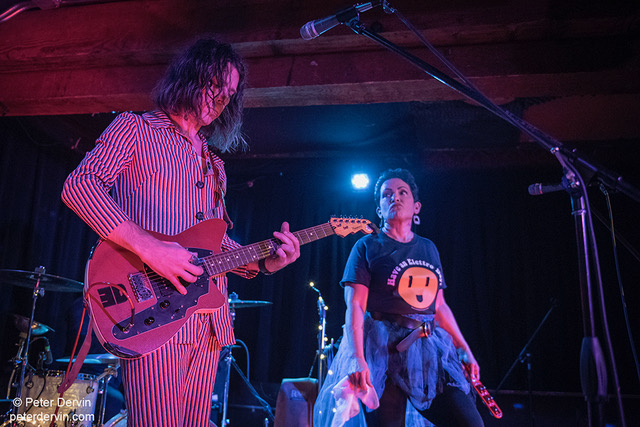 Opening the show at The Sunset were locals Dot Comet. They provided a great set of indie rock songs with some tight guitar riffs and pulsating bass and drums. Be on the look out for them as they play the clubs in Seattle. https://dotcomet.bandcamp.com

As Jane and Pietro hit the stage they were joined by Joe Gore on bass and Dawn Richardson on drums. On many of the songs, Jane and Pietro sang as a duo and their voices complement each other in these tunes. I loved the songs “Rabbit Stew,” “Aloha,” “Mail Order Bride” and “Bliss.” Jane did slip in a couple of Go Go’s hits, “Our Lips Are Sealed” and closed the night with “We Got The Beat.” Check out a video for that HERE. 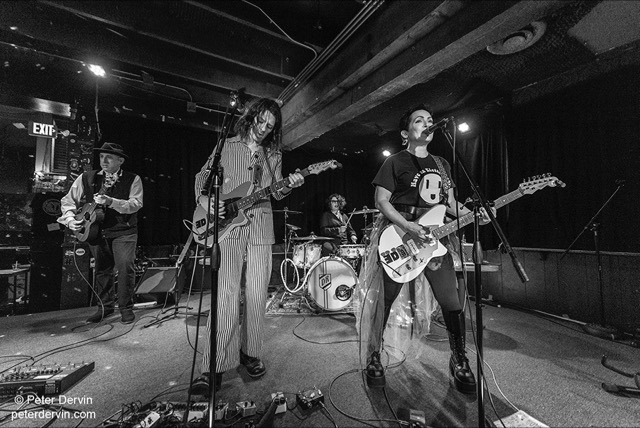