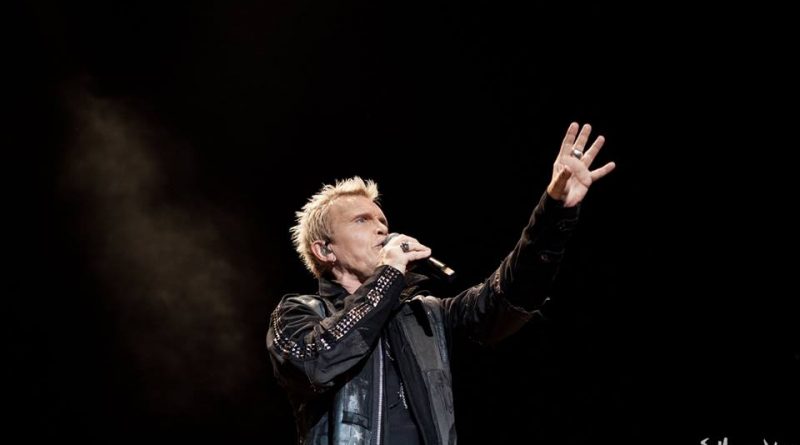 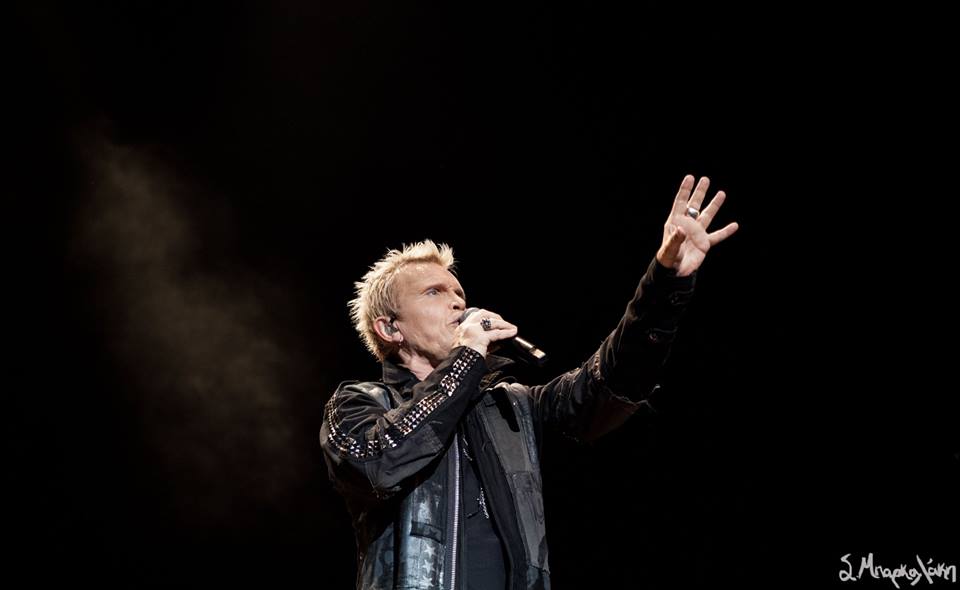 The punk rock legend Billy Idol was in town on March 5 for an intimate unplugged show with longtime collaborator and guitarist Steve Stevens. The Turned On, Tuned In and Unplugged tour stop quickly sold out at the Moore Theater. Idol first achieved fame back in the 1970s as a member of Generation X which helped define the emerging punk scene in London. He moved on to an even more successful career when he released his eponymous solo debut in 1982 and Rebel Yell shortly after.

We didn’t know what to expect walking into the venue since Idol is known for putting on high energy shows that showcase his charismatic wild character. It wasn’t easy to imagine his powerful rock songs in a more toned down manner but as soon as he and Stevens came to the stage that thought was quickly shattered as they kicked off with “Dancing With Myself.” The crowd stood up ready to dance along and sing some of the songs that they grew up with. 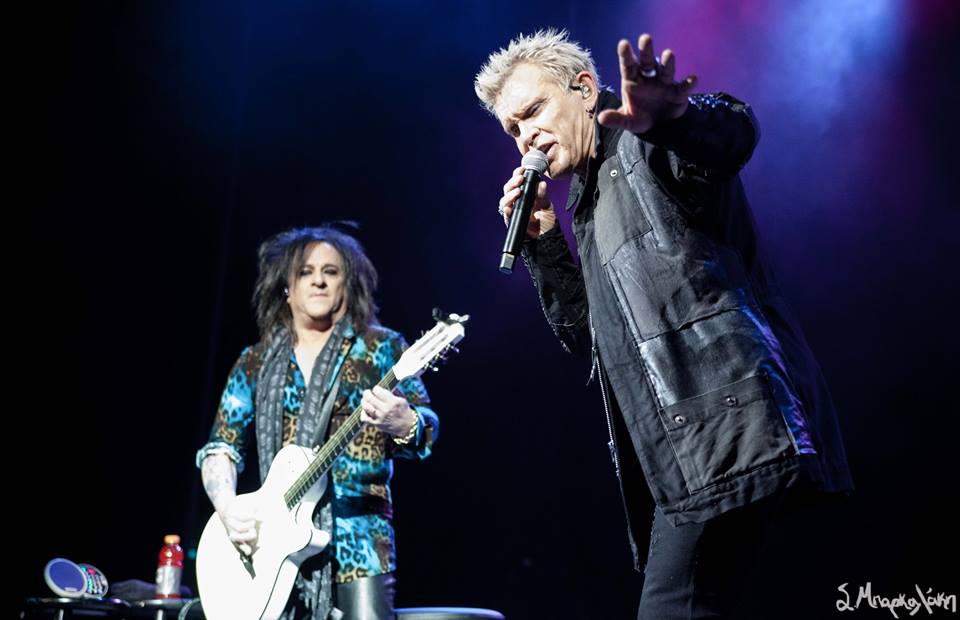 Idol still had a way to transmit waves of anarchy to the audience and make it a performance to remember without a full band. Stevens is an exceptional guitarist so it’s hard not to admire the duo standing alone on stage. They played fan favorites and Idol stopped between most of them to share stories and chat about his impressive career. It’s not often that you still see long time collaborators still performing together and speaking so fondly of each other. There is a mutual respect and Idol clearly states that Stevens was important in his early career and how that influenced his success.

A little past the mid-point of the show, Idol stepped off stage for a few minutes as Stevens went into an acoustic guitar solo for the concert goers. Idol returned and talked about the importance of music and knowing that someone who played like Stevens when they met could take you anywhere in the world and give you freedom. He chatted about the influence Reggae music had on him and how it was the only contact they had back then to African culture in England as he went on to cover “To Be a Lover.” 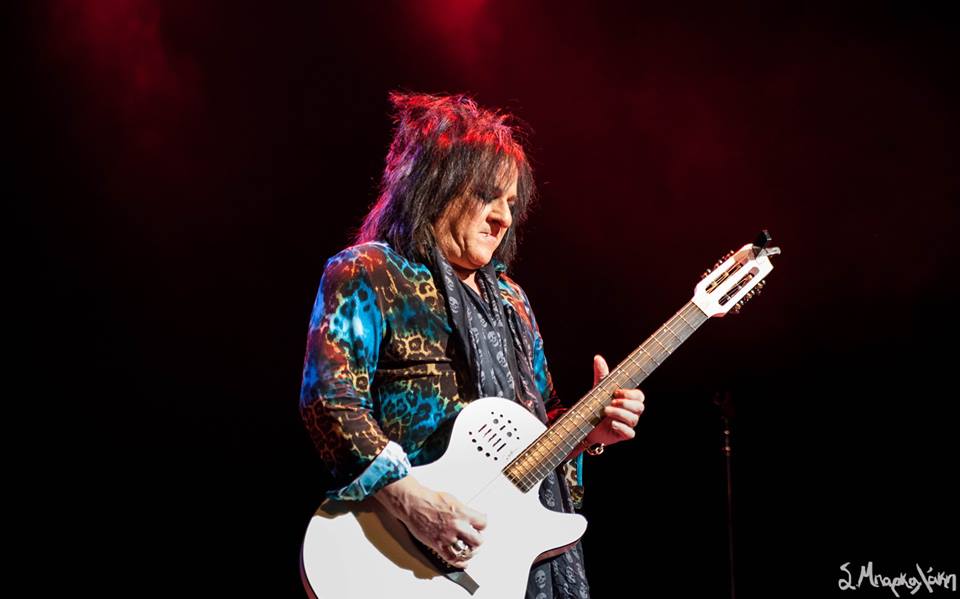 As the show neared the end he shared the story of going to a party and seeing the Rolling Stones drinking out of bottle that read Rebel Yell and how the idea for the title was born. He went on to finish his set with the song creating tidal waves throughout the entire venue. It’s so incredible that he’s been in the business for this long and can still create mayhem. Perhaps it’s because he still remains true to his rebellious image, perhaps it’s years of perfecting his talent. Either way it’s something to admire and respect.

The pair returned to finish with another force of a song, “White Wedding,” as Idol extended his mic to the crowd to sing along to the chorus. No extra guitar power needed for this one, Stevens had it handled along with his $175 drum machine which served him well during the performance. You can still feel the music vibrate off the walls of the room, giving you the same feeling you had the first time you heard the hit. If these guys are near you, make sure and catch one of their shows it’s well worth it. 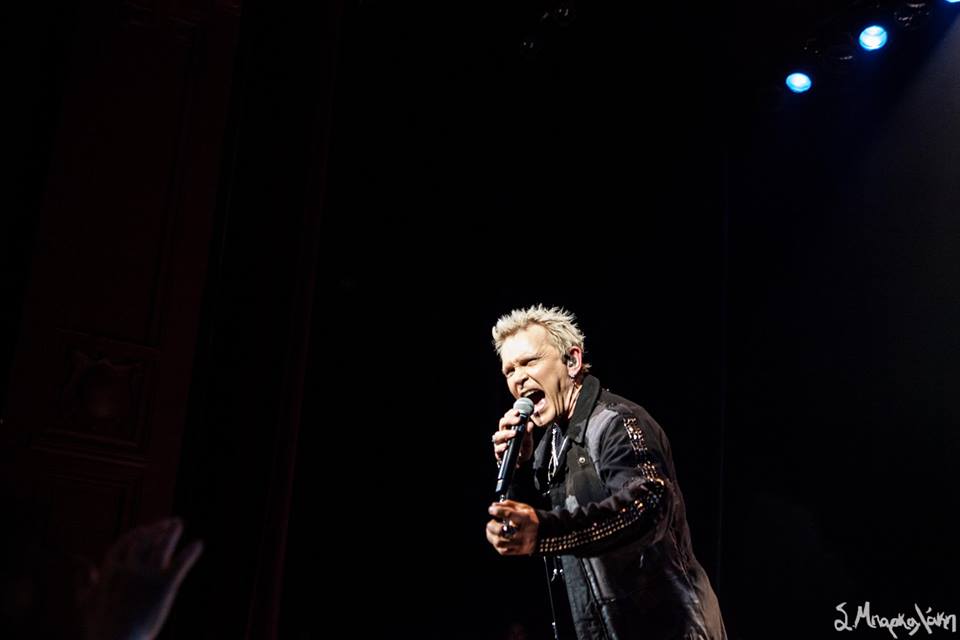