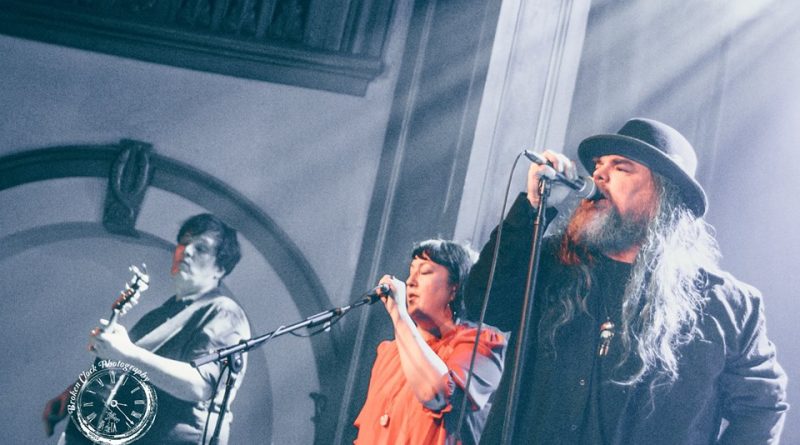 It was a text and a link, and prior to checking who was on the bill I completed my ticket purchase for what is now known as the best show to hit Seattle in a hot minute!  SMASH (Seattle Musicians Access to Sustainable Healthcare) absolutely wowed us with Cinco De Mother Love Bone, a tribute to the music of the late Andrew Wood. With a house band that reads like the Seattle music equivalent of a mob bust, it was a notable who’s who in the scene and billed with a northwest music fan’s favorite three words “and special guests.”  Raising money for affordable health care for musicians, SMASH places focus on assisting Seattle area musicians access affordable healthcare. For this event, they took the bar and raised it for tribute shows for years to come. Read more about what SMASH is about HERE.

Most readers likely know that Mother Love Bone consisted of Andrew Wood, Jeff Ament, Stone Gossard, Greg Gilmore and Bruce Fairweather. After the devastating loss of Andrew Wood in 1990, not knowing what else to do, Ament and Gossard went back to the music, hooked up with vocalist Eddie Vedder and guitarist Mike McCready, formed Pearl Jam, (actually Mookie Blaylock first) and the rest is Seattle music history. Seeing that Andrew died in 1990, many Seattle fans did not have the opportunity to hear his music live. The lucky ones that did see them live all agree that MLB were on the road to world love-rock domination. Announced with the names of some of our favorite Seattle musicians, tickets sold out so fast to this event that they actually arranged a venue change from The Tractor Tavern to The Neptune Theatre in order to accommodate demand. Rumors of who would actually show up on stage had been swirling for weeks and it had officially turned into “A Thing.”

Energy swirled through the room as we waited for the show to start and that energy was filled with a sense of love and gratitude.  There were so many friends of the Seattle music scene both on stage and in the audience it was a “get a hug, give a hug” kind of night even before the show began.

As the house lights faded, the anticipation of what we were about to experience absolutely took the crowd over.  The night started with “Heartshine” with Ben Rew on vocals, Jeff Rouse on bass, Tim DiJulio and Ben London on guitar, and of course Mike “Thunderdrums” Musburger on the skins.  Next up we got a back to back set of home runs with “Mindshaker Meltdown” and “Capricorn Sister” for the first time in eight years, and for some of us the first time ever that we were filled with the dynamic energy that was Mother Love Bone live.  Song after song, it was a trip down memory lane with shifts from emotionally charged explosive rock back down to gentle piano, that perfectly showcased the song writing magic of this band.

This show was a sing-along like we haven’t heard since Temple of the Dog in 2016 and I’m sure Pearl Jam fans around the world were shaking their fists that this show flew under their radar when band member Jeff Ament stepped in to join Stone Gossard and the rest of the band on stage.

One by one, some of Seattle’s best vocalists paid homage to Andy with absolutely flawless renditions of his songs. Vocal powerhouses Carrier Akre (Goodness, Hammerbox) and Shawn Smith (Brad/Satchel) gave a chills-worthy version of “Chloe Dancer/Crown of Thorns” and during a brief statement and break in the music Stone Gossard said, “It’s so touching for the band, for all of us, to have you guys care about these songs still.” We care, because these songs are part of our story. Following an introduction from Stone, vocalist Om Johari and the band absolutely blew the doors off of a melodic driven performance of “Bone China.”

The historic significance of this night was not lost on many, vocalist Carrie Akre said, “It was a privilege to commune with all these great musicians over this amazing body of music. You could tell the deep, deep life connection the audience had to these songs, the band and memories of those days.”  Tim “Rock Tim” DiJulio adds, “Still reeling from Saturday…such a special night. Jeff, Stone, Greg, Bruce and Andy had a huge impact on me through music and friendship and I just wanted to give my absolute best. Miss rehearsing with the band already, they are all so incredibly talented. We had such a blast playing and telling stories, laughing and connecting for over a month. All of the singers absolutely poured their hearts into it and really elevated each song in their own way. It was so thrilling to witness and collaborate. I am just very humbled and honored I got to do this. It was such a joy.”

Needless to say there was not a heart that wasn’t moved by the music and meaning on Saturday, May 5th, 2018. It was smiles all over the stage on the finale as the all-star squad covered Argent‘s “Hold Your Head Up” and I can say from personal experience, my head is held high and still filled with the magic that was that night, it is absolutely everything I love about experiencing live music in Seattle and mostly, I hope you were there. Luckily fan cams have shared it with the world on YouTube if you missed it and when you see the level of talent on that stage, we hope it motivates you to pay a visit to SMASH.  Supporting our artists is vital to continuing this magic, we thank SMASH for Saturday, and we thank Seattle musicians for singing our heart songs. 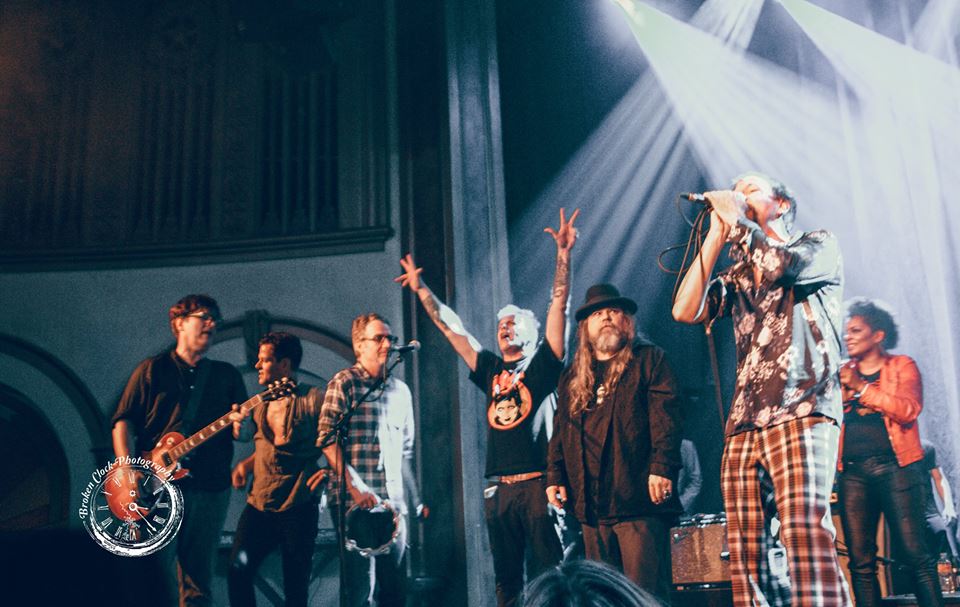