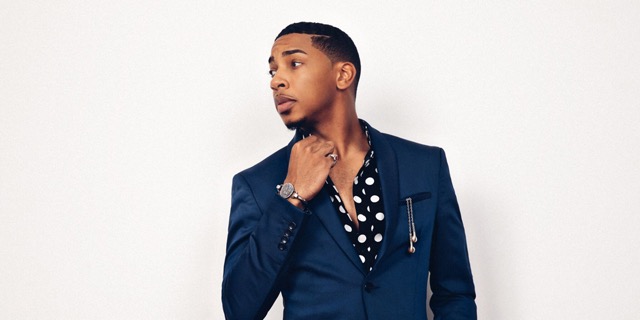 At only 30, pianist and composer Christian Sands is arguably the leading pianist of his generation. A former prodigy who has more than lived up to his early promise, he has amassed a body of work as a leader that rivals established veterans twice his age. Widely known as part of Christian McBride’s hard-swinging Inside Straight band and his current trio, the GRAMMY-nominated virtuoso began his formal training at age four and started composing at five, eventually becoming a protégé of the great Dr. Billy Taylor.

“An imaginative composer, a clever arranger and a skillful technician with a fluid style” (DownBeat), the Connecticut-born Sands made his recording debut as a leader at 12 with his 2002 trio album Footprints. He led three mote sessions, including his 2008 date Furioso with guests Craig Handy and Randy Brecker, and performed on the Latin GRAMMY-nominated Kenya Revisited Live with the Manhattan School of Music’s Afro-Cuban Jazz Orchestra under the direction of drummer Bobby Sanabria — all before graduating from the conservatory and joining the fold with McBride. Sands made a memorable mark on Inside Straight’s 2013 album People Music and McBride’s acclaimed trio release Out Here, earning the pianist a Grammy nomination, and released his spectacular Mack Avenue Records debut with 2017’s Reach. He returns with music from his latest album Facing Dragons with a trio including bassist Yasushi Nakamura and drummer Jonathan Barber.