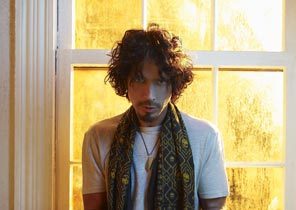 By Ernest A. Jasmin (Special thanks to The Seattle Times)

There’s been a lot for Soundgarden fans to rejoice about these past two years. For starters, the not-so-secret reunion gig the seminal grunge band played last year at Seattle’s Showbox at the Market (billed as “NudeDragons”), followed by a higher-profile slot at Chicago’s Lollapalooza a few months later.

By year’s end, fans could get their hands on best-of and live sets, “Telephantasm” and “Live on I-5,” respectively. And 2011 has seen the launch of not one, but two, Soundgarden-related tours; frontman Chris Cornell hit the road, solo and unplugged, before joining fellow Soundgardeners Kim Thayil, Matt Cameron and Ben Shepherd on the tour that will wind down this Saturday at the Gorge Amphitheatre in George.

But what’s this Cornell tells us about unreleased material his band has in its vaults and being “pretty far along” on the first proper Soundgarden album in 15 years? Do tell, Mr. Cornell:

Q: Fans have “Black Rain” (a new song from “Telephantasm”) by now. But I remember an interview with Kim a couple of years ago suggesting you’ve got a lot of stuff in the vaults. What kind of unreleased goodies do you have, and when can fans expect to hear them?

A: We do have other stuff. I really don’t know how much. There are some songs that haven’t been released that I can say are completely arranged; I wouldn’t change anything. And then there are a lot of B-sides that people haven’t heard that were often, like, bonus tracks for a Japanese release or a European single. Our core audience right here in North America couldn’t necessarily hear those songs.

One of the first things we talked about was releasing rarities and B-sides (and) bonus content. What could that be? And what can we release, especially to the fan club and people that have been following us there and supporting us? But then we started working on a new album, so that’s kind of taken precedence over everything.

On your tour, how have you put together your set lists? What’s the focus been?

We started with the set list from Lollapalooza and just played through that. And I guess, in a sense, that was kind of a shortlist. And then we had a long list that was maybe three times that much. … Anytime anybody threw out an idea or song that would be cool to play, we would try it. So we rehearsed until we had, I don’t know, about 40 songs that we could play. And we would go day to day, whatever we’d feel like doin’.

Talk a little about bringing the band back together. Why did you break up to begin with? And what made you think that now you could enjoy coming back together?

I think (because it was) a unanimous idea. If it wasn’t something that everybody wanted to do, we wouldn’t have done it. Other than that there were no obstacles, I don’t think. We didn’t have a major falling out or, like, personal clashes or calamities that required a long process to get through. None of that even happened. We were just a band that was together for a lot longer than anybody even knew.

I think we became sort of part of popular culture around … 1992? But we’d been a band since 1984. And in the earlier years of being … an indie band and putting out records on Sub Pop and SST, we did van tours all over North America and Europe. We were extremely prolific in putting out new material, and we were on the road all the time. As there is in the life of any band, there was a time when we just sort of wanted to stop …