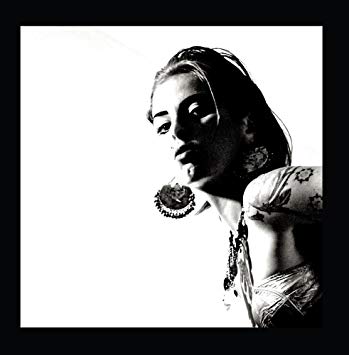 Being in a weird band in Portland is kind of like saying you drink coffee and live in Seattle. The weirder the better is the rule of the thumb in PDX and we love the Rose City for that. Right now is probably a good time to take a look at the word weird though. In our circles that’s certainly no negative, in fact we strongly encourage it. Weird really is just about being different. Not like everyone else. While weird can mean strange and mysterious it can also mean otherworldly and unearthly. Also good traits to have, especially when it comes to music.

Now that we have that out of the way let’s talk about a band from Portland that may seem a little weird on the surface but if you look underneath the costume jewelry and tattoos you will see a soulful band with a brand of music all their own. Almost otherworldly. Let’s face it, when you are playing mostly piano ballads it can be extremely difficult to come up with something that hasn’t been done million times already.  However songs written on the piano have this certain thing about them, when they are great and the musician finds the right groove it can capture your soul. The band Machine out of Portland, Oregon is just that kind of band. All those things and more.

The songs on this 11 song CD, ‘Sex With Sound’ released at the end of 2014, are so good that perhaps lesser musicians could play them and they’d still sound good but lesser musicians are not playing them. These compositions are crafted with such precision and talent that it makes you say out loud, “what the hell are you doing here”…(stole that line from a Billy Joel song). Madeline Mahrie sings with a fire in her soul and a yearning to get these songs out of her before they destroy her from the inside out.

The second song “Wasted” clocks in at a mere 1:40 with choppy circus like piano riffs that quickly give way to Mahrie’s thundering vocals. Drummer Peter Thomas helps drive the song, carrying the beat well with perfectly placed time changes and a flawless meter.  Mahrie’s sassy vocal styling is replaced in the chorus with an almost *gasp*…. pop-rock sounding melody. I get the feeling she could sing anyway she wants to and pull it off. It’s by far the shortest song on the CD but it sure is a fun one.

There isn’t a bad song on ‘Sex With Sound’ but there are a few that REALLY stand out.

Track 5 is epic song called “Give You Away”. It starts out with a lounge act style piano that after a few measures is accompanied by a well placed snare roll by percussionist Thomas that lays the ground work for Mahrie’s vocals at their sultry and sexy best. This four minute plus masterpiece just oozes dark and haunting vibes with cellists Maureen Pandos and Skip VonKuske completing what is already a great song. The song feels like it could have been released in any era and been well received but at the same time doesn’t sound old and worn out. When I listen to Madeline’s voice on this song I’m reminded of the great female vocalists like Etta James, Billie Holiday and Janis Joplin but I’m also reminded of a current female powerhouse vocalist named Beth Hart. The vocal range that Mahrie displays is reminiscent of Hart who is once again gaining major ground with her own career, inside and outside of the blues world. The song also has a tasty violin sequence thrown in by Travis Chapman.

Machine calls themselves an industrial soul punk duo and I’m sure as hell glad I found that in their bio because labeling them was a bit difficult for me. I think I read some where that they are known for a Gypsy Jazz Piano sound and I certainly wouldn’t disagree with that one either.

The powerful thing about this band is that the songs are great and do not need anything more than they have done to them. Nothing is overdone, however the album does employ the work of several other fantastic musicians. Adam Pike plays bass on all the songs and he’s responsible for the killer synth work on “Swamp Song”, “Old Dance Song”, and “Disco”. Violist Travis Chapman lends his tasty chops on “Give You Away” and on the final song on the 11 track release called ‘Disco”. Jeff Williams is the guitarist on “Soul To Waste” and “Disco”.

The album also features the work of three different cellists. On the third song “Warning” and the fifth song, the unforgettable “Give You Away” both Skip VonKuske and Maureen Pandos lend their magic, On “Show Me The Way” VonKuske teams up with cellist Kristin Holovnia in a brilliant display of string work. The tasty cello work  on this track gives the chorus an extra poignant kick with a fat, haunting display.

The seventh song “Soul To Waste” once again features and absolutely highlights Mahrie’s superior ability to change horses in mid-stream and go from the soft and delicate lounge singer to belting out the chorus like a rock goddess. Like “Give You Away” it is an epic number that pulls the listener into Mahrie’s world. One of only two songs on the release with guitar but it blends in so well the guitar is barely noticeable. Thomas and Mahrie really bring the energy level up on this one during the choruses, while walking it down sharply for the verses.

“Old Dance Party”  starts with Mahrie wailing away on the piano and a rock-steady kick drum sequence with Thomas, It’s a catchy song that is a definite throwback that once again allows Madeline Maurie to show off her killer pipes and Thomas to let it all hang out on the drums.   The CD finishes up with an entry that is a fun and energetic song called “Disco” with a bit of a disco flavor to it.(Not that we would know anything about disco around here…wink, wink) It’s a catchy tune and a fantastic way to end this 11 song party.

Madeline Mahrie and Peter Thomas are an incredibly potent piano-drum duo and we’d highly recommend getting this album and enjoying it as much as we did.  Get it HERE