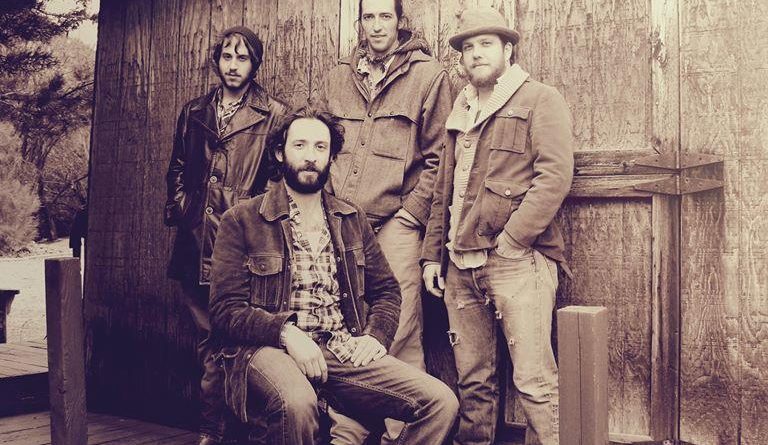 Boise, Idaho-based Jonathan Warren & The Billy Goats, who have dubbed their sound “progressive psychobilly folk-grass,” are celebrating the release of their fifth full-length, Cletus, with a West Coast tour.  The tour kicks off in their hometown of Boise with an album release show September 15th at Neurolux and continues through California, Oregon, and Washington. A full list of dates is below.

Information on individual shows and tickets can be found on the band’s website here.

Cletus is about finding the beauty that hides beneath the pain, finding hope within the struggle, and light in the darkness.  Written and recorded during an on-again/off-again relationship, frontman Jonathan Warren was in, Cletus serves as a record that encapsulates themes of love, loss, redemption, and hope; topics that will remain as relevant tomorrow as they were yesterday.

Another shadow looming over the record was the loss of Billy Kaiser, the band’s original bass player, and the namesake of the band.  Billy committed suicide in December of 2017.  The loss was devastating to the Billygoats, as well the Boise music community, and had a profound affect on the album.

“It was a shock,” admits Jonathan Warren.  “Needless to say, it slowed down the recording process.  There were moments I wasn’t sure I wanted to continue with the band or the album.  But, in the end, I decided the best way to keep Billy’s memory alive was with the music.  Billy is the reason we are the Billygoats.”

With four prior releases under their belts – 2010’s You Just Relax Honey, 2011’s A Little Something Stronger Than Wine, 2013’s On This Very Evening, and late 2015’s Bless My Soul – Cletus finds the band moving forward, blending traditional folk, Appalachian bluegrass, subtle psychedelic twists, and even pop influences to create the sound you’ll hear through all ten tracks.

Named after Jonathan Warren’s dog, Cletus, because, “[he’s] been my dog, companion, confidant, and spiritual advisor for fourteen years.  He has seen me at my worst and hasn’t run away yet, the least I can do is name an album after him,” the listener will hear the familiar ebb and flow of previous Billygoat recordings, something Warren feels comes alive in part to his “bipolar” songwriting approach and partially due to the sequencing of the tracks.

“I like sequencing songs that excite and agitate, followed by songs that relax and bring the listener back down.”

A pivotal lyric on the album is one that wasn’t even written by Jonathan Warren, but it stands out as one of his favorites and helps sum up the theme and storyline of the record.

“I taught a songwriting workshop along with local author Christian Winn.  We collaborated on an original song in which I pulled lyrics from one of his short stories along with a poem he wrote,” recalls Warren.  “The words ‘She knows who I am, but she doesn’t know me,’ jumped out at me from his poem.  The words rang true.  I’ve experienced women who thought they had a clear picture of who I was from listening to my music, but in the end were wrong.”

The line appears in the album opener “Queen Anne Hill,” a dark folk dance number underlined with a tinge of bluegrass, courtesy of Morningstar’s banjo.  Morningstar’s influence is shown throughout the record, including the song he penned, “Follow,” a psychedelic-drenched rocker that helps drive the ebb and flow of the album Warren envisioned, appearing mid-album and taking the listener into a new direction.

While Morningstar’s “Follow” is showcased nicely on the record, cellist David Henry, for the first time on a Billygoat’s recording, doesn’t have a song on the album.

“Since our first album, at least one David Henry song has been included,” says Warren.  “This time around, though, we didn’t.  It wasn’t a conscious decision, it was just mutually agreed that none of his current songs really fit the album.”

Part of the reason why the band felt none of Henry’s songs really fit the album is because they approached this album differently than they had on past albums, coming in with a clearer vision on what they wanted, how they wanted to sound, and what they wanted the listener to take from it.

The band also decided they wanted to keep the music in-house, instead of using friends and guest musicians to fill out parts.

“We are a three-piece band and I wanted the parts to be performed by one of the three of us,” says Warren.  “Which resulted in me playing drums and piano.  We did end up using guest drummers on two tracks, one of which was Jason Ringlestetter, the recording engineer. But, for the most part, we did it all ourselves.”

The result, he says, “was being conscious of creating a more mature musical landscape for the listener than previous rowdier albums; one that reflected more of the growth and maturation of the band.”

When asked if the record came out the way he heard it in his head, Warren says that Cletus indeed did.

“Records can have a way of twisting and turning from their first inception and end up an altogether different final product.  For the most part, each track on Cletus echoes the way I first heard them.”

However, some songs took on a life of their own in the studio, something The Billygoats are quite proud of, including the song “Done Fell Down,” which features the aforementioned Warren piano track.

“I had originally imagined a ‘spooky’ feel to the song, but wasn’t sure how to capture it.  There was a piano in the studio, slightly out of tune.  I didn’t envision a piano part originally and certainly wouldn’t have expected to be the one to play it.  But, as they say, sh*t happens.”

The standout moment of the record for Warren is Morningstar’s “Follow,” which happened spontaneously, and wasn’t originally planned to be on the record.

“Steve was warming up, playing ‘Follow’ on his guitar and I walked over to the drums and began playing along.  The engineer liked what he heard, pressed record and the track was recorded live,” recalls Warren.

The result is a record that contains timeless sounds and themes about not settling, reaching for your vision of beauty, and not being afraid to get your hand slapped.  Fans of The Avett Brothers, Langhorne Slim, Josh Ritter, and Tom Waits will find something in the record they will relate to.  And, for anyone that hasn’t seen the band in person yet, don’t worry, Cletus captures The Billygoats’ live sound perfectly.

When asked what his goals included for the record Warren smiles, “I want to hear Cletus randomly on a coffeehouse speaker as I walk by.  I want someone to put Cletus into their car CD player and never want to take it out.  A gold record would be nice, too.”