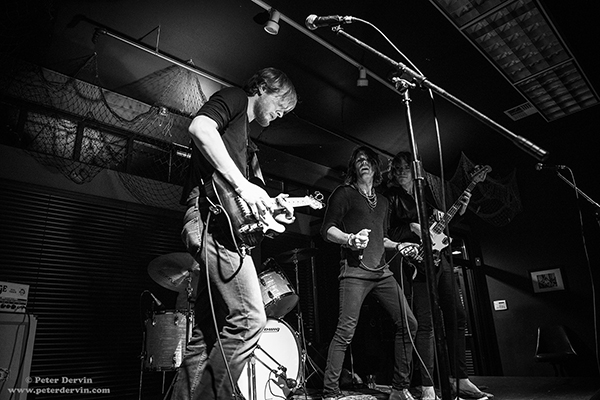 We’re excited to announce that Austin-via-Portland psych rock band Bike Thief will be in Portland on February 17th at the Doug Fir Lounge! They will be performing alongside fellow Portlanders Rare Monk and Cambrian Explosion.

Formed 5 years ago in Austin by singer and guitar player Febian Perez, Bike Thief also features Chad Van Dyke on lead guitar and bassist Patrick White. “Dark Dances,” the new single off of their upcoming Impaler EP, recently premiered on Performer Magazine. Produced by Riley Geare of Unknown Mortal Orchestra, the single explores themes of lust and varied dynamics of past relationships. Impaler will be the group’s first studio release since their last full-length LP, Stuck in a Dream, released in mid-2014.

The progressive neo-psychedelia band’s new album is scheduled for release in 2016, but for now, you can get a taste of things to come with their firestarter of a first single “Dark Dances,” and check out their show in Portland!

Tickets to the 21+ event are priced between $7 and $10.00, and can be purchased at this location. You can stream “Dark Dances” below.