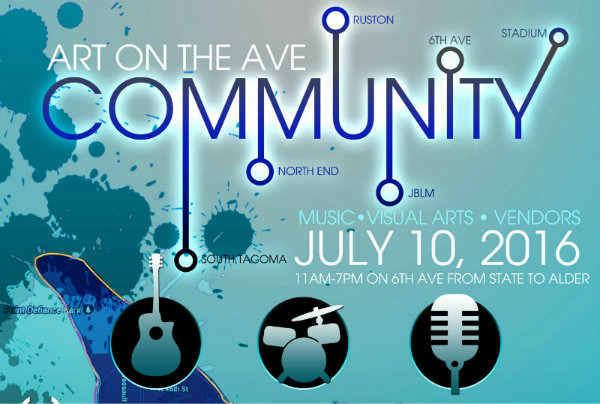 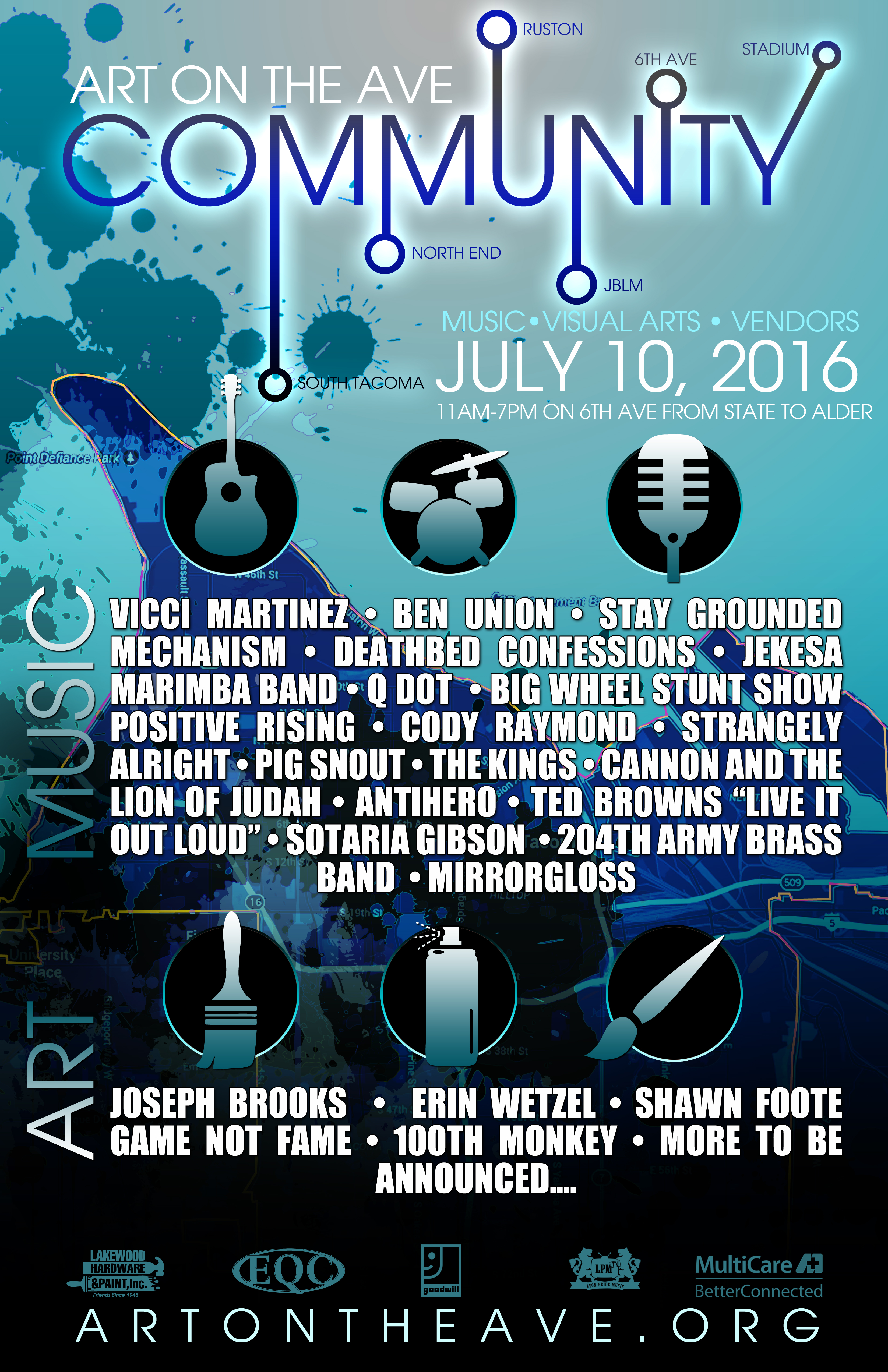 The organizers of the 2016 outing of Art On The Ave, Tacoma, WA’s premier free music and arts festival, are excited to announce their plans for a brand new stage. Dubbed the “Busking Stage,” the stage has the honor of being Art on the Ave’s first ever fully acoustic stage, as an alternative to the festival’s usual plugged-in performers, who have spanned a multitude of genres in the event’s past. Unlike the traditionally band-driven stages that usually make up Art on the Ave, the Busking Stage puts a strong emphasis on solo artists, acoustic players, comics, and spoken word performers that otherwise might not get a shot at performing on a big stage at a festival like this.

Hosted by Folklife Vice-President Jabi Shriki of  Tobias the Owl fame and presented by 6th Ave’s own House of Records, the Busking Stage will be open to submissions for aspiring solo acts in attendance to perform in front of the frequently packed and new music-hungry audience. There will also be a handful of pre-selected performances throughout the day, including Tobias the Owl, Kim Archer, Luke Stanton, and Jared Mitchell, as to help ease the submission-based artists into performing, by putting them in good company.

Art On The Ave 2016 coordinator Dan Rankin says that the decision to include the new stage was to provide a way for even more performers to get involved with the popular festival. The slots for performing on the larger stages generally fill up fast with full bands and this was a way to help level the playing field.

An acoustic guitar, various microphones, and a small PA system will be at the disposal of those performing on the Busking Stage. There will also be a tip bucket out in the front of the stage for each performer to take the stage. The Busking Stage will be located right in the middle of Art on the Ave, on the corner of 6th and Oakes. Fans of locally-grown acoustic singer-songwriter music definitely shouldn’t miss out on the chance to see up-and-coming sparks fly right before their very eyes.