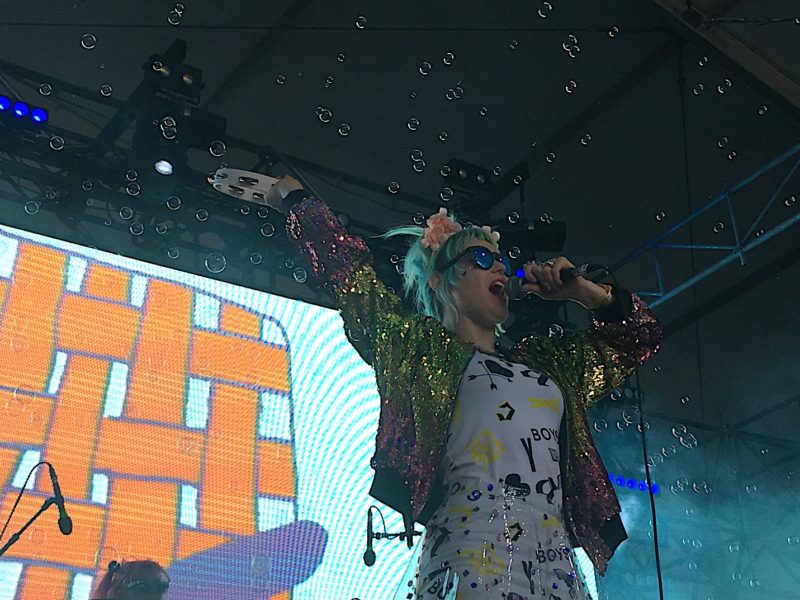 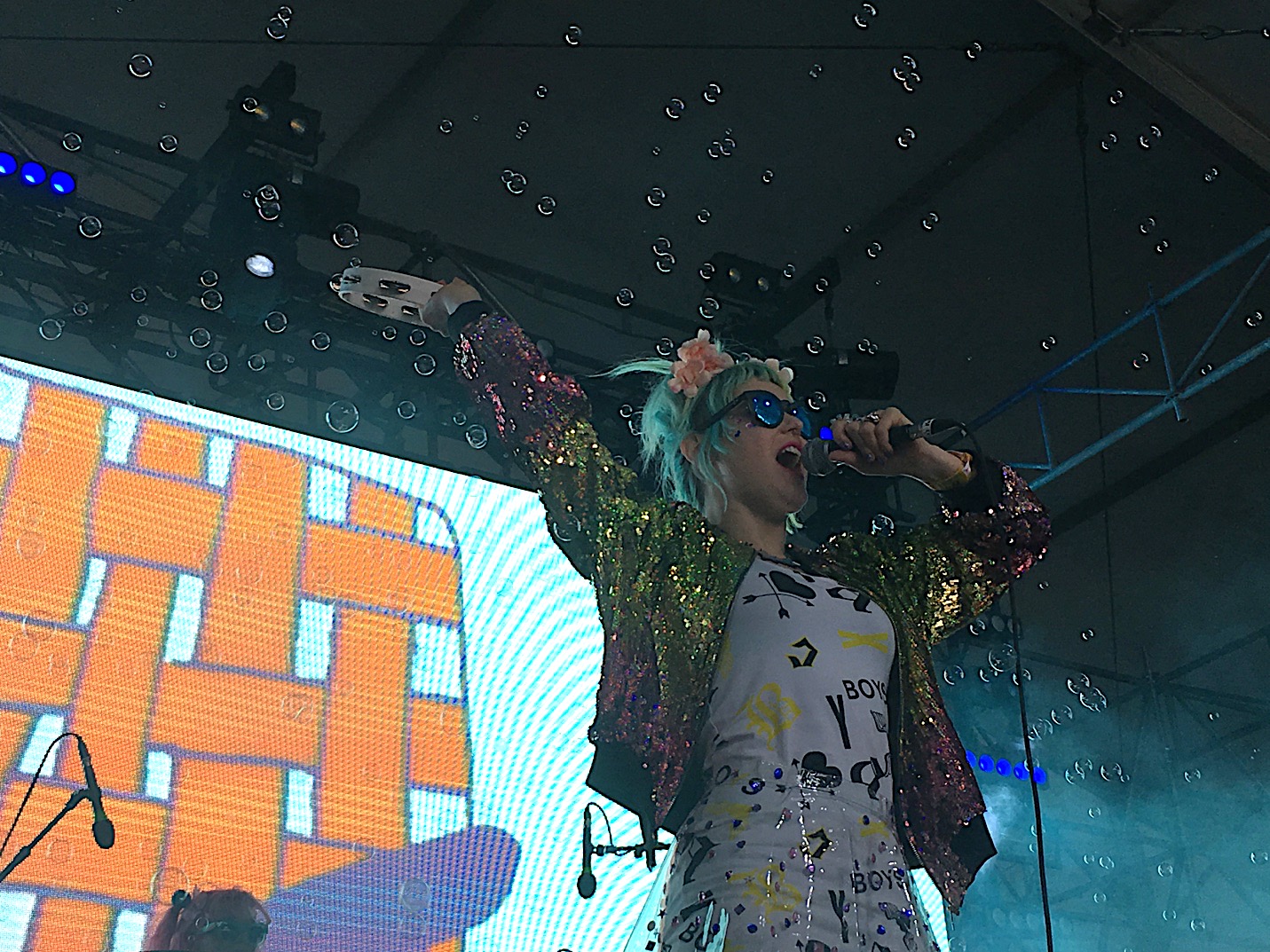 Seattle-based Tacocat has been throwing sweet bubblegum punk tunes our way since forming “sometime around 2007.” Making a name for themselves in the Seattle music scene and beyond, Tacocat is known for their catchy songs with passionate and honest songwriting, paired with a unique sparkle and flair. NorthWest Music Scene had the chance to talk with Tacocat’s drummer Lelah Maupin to learn a little more about their time on the road, what it’s like playing in Seattle, and some of Tacocat’s other faves and inspirations for their latest release, Lost Time.

NWMS: First of all, welcome home! Tacocat has been on tour in Europe, what were some highs and lows of the tour?

NWMS: What’s your best story from the EU tour?

Lelah: Probably trying to leave. Our flight home was out of Brussels. We woke up at about 5:00 A.M. after sleeping for one to zero hours in Ghent. When we got to the Brussels airport, the van was too tall to get to the parking area, which is funny because we didn’t want to park, but it was the only way for us to get close. We had to try to turn around, only, so did the giant bus behind us, and the van behind the bus. The whole thing was a mess. After we got back on the road, we stopped to ask how to get to the terminal. We were given some confusing directions and raced forward because we were about to miss our flight home. We got lost again. Stopped and asked again. Got lost again. Repeat. Finally, we just stopped the van in the middle of the road, flung open the back doors, each grabbed about seven bags and marched towards what we guessed was probably the airport. After finally finding our unmarked airline baggage check in, we have to send Eric across the airport to spend about $20 to wrap our remaining records in green plastic because the entire airport does not have tape. Then we can’t pay for our checked bags because it wont accept our payment. Eric and Emily went across the airport for 15 or 20 minutes and bring back a piece of paper that says we’ve paid and we finally make our way to the gate. I don’t know how we made that flight. I also saw a military man with a machine gun guarding a candy shop.

NWMS: I’ve only been living in Seattle for a year, and I feel like I’ve seen your name everywhere around town; what’s your favorite Seattle venue to play?

Lelah: As smaller-sized venues, Chop Suey is the only one. Seattle has a SERIOUS venue drought. That is probably because it no longer values art and music or something. I went to a show in SoDo at Repair Revolution, which is an auto shop, and was floored. That is easily the best and coolest DIY space for shows happening right now. I’m SO glad it exists. Seattle is dying for a space like that. It’s wonderful. 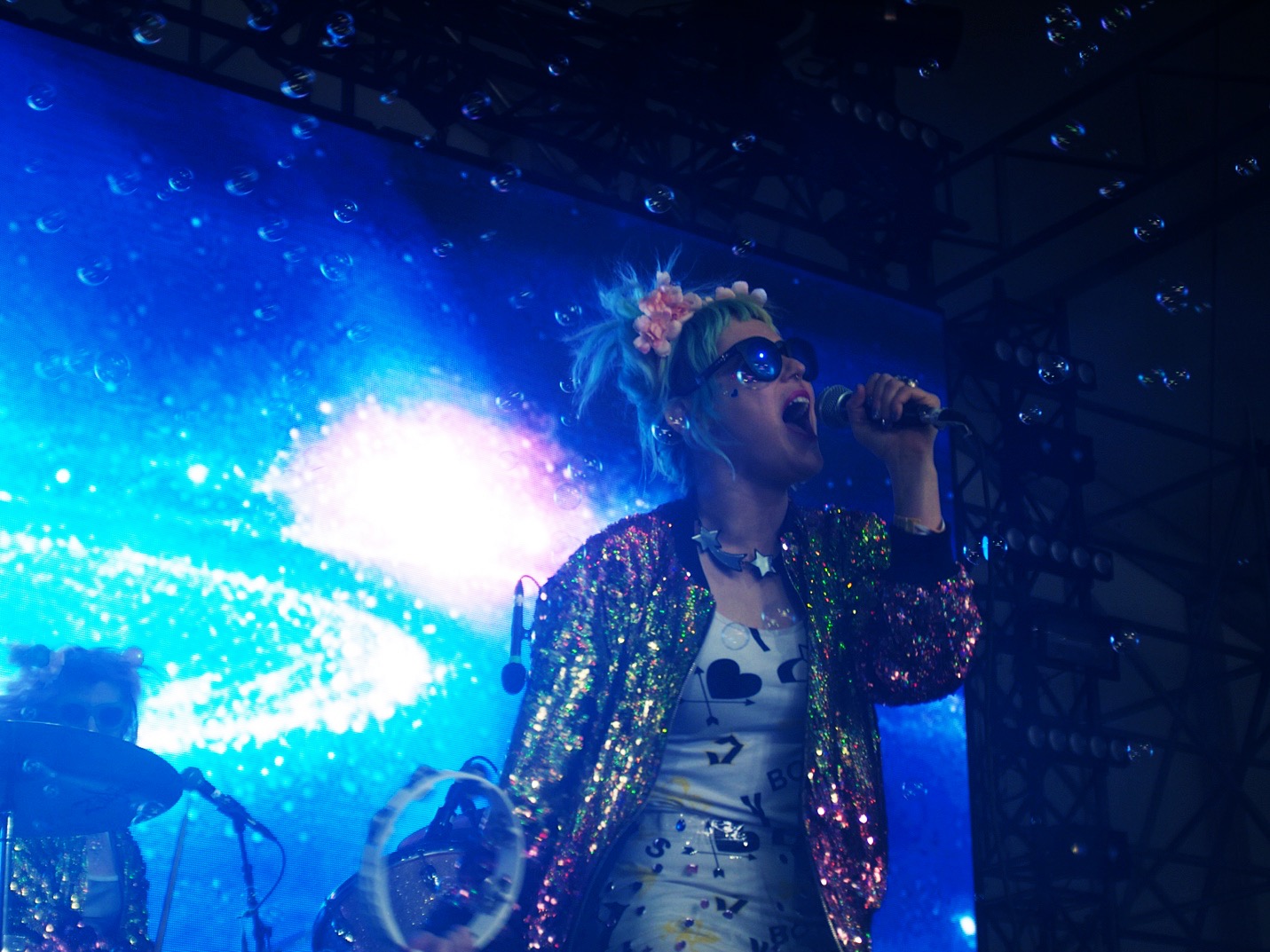 NWMS: What’s it like being a mostly female band in the male-dominated Seattle punk scene, and how have you seen this change over the years?

Lelah: I don’t remember, really. Its hasn’t changed over the years. It changed years ago. It rules.

Lelah: I personally haven’t dealt with much negative feedback. Maybe I’m not looking for it, or maybe it’s not directed at me. But I can’t really recall any examples. One time in London, someone yelled “Take your shirt off!” and then Eric took his shirt off. I guess that is how we respond to it.

NWMS: I live on Capitol Hill; tell me more about the song “I Hate the Weekend,” because I feel like we are on the same page here.

Lelah: When I moved to Seattle, I lived downtown. I spent as much time as I could walking up to Capitol Hill. It was like a neighborhood I invented in my dreams. It inspired me, terrified me (in a good way), made me feel cool and incredibly uncool. It was the only place I had fun. It was the only place I was interested in. Granted I was 20 and the whole world was filled with wonder, but none of that is true today. I moved to Capitol Hill nine months later, and feel very fortunate to have called it my home for 10+ years before it was poached.

NWMS: Strangest (amazingest) thing/scene you have seen on the streets of Capitol Hill?

Lelah: The monochrome guy. The skipping jester girl. Street artist Darryl Ary. That time Bree and I turned a corner by the Bartell’s on top of QFC and saw a man bent over with his pants around his ankles and a tiny American flag wagging from his butt-hole.